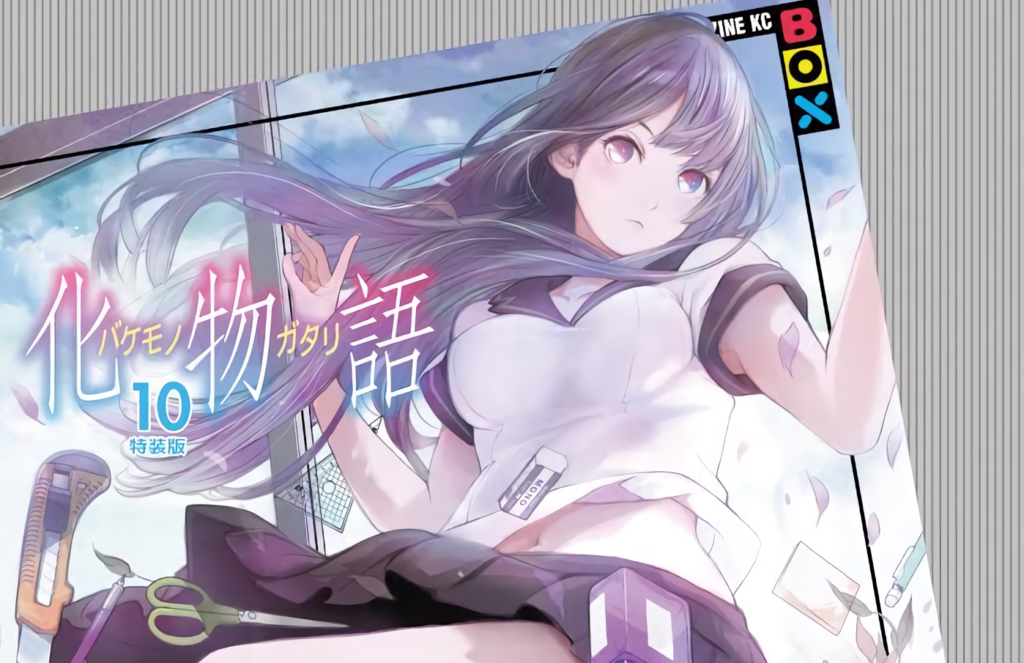 It feels like forever ago that Oh! Great teamed up with Nisio Isin to produce a Bakemonogatari manga, but it is still going strong in the pages of Kodansha’s Weekly Shonen Magazine. In fact, it has progressed far beyond the original Bakemonogatari stories and is now adapting Kizumonogatari stories in the form of ‘Koyomi Vamp,’ despite keeping the name. In any case, there’s even more exciting news for fans of the Bakemonogatari manga, as it was announced on Tuesday that the latest collected volume of the manga would be adapting ‘Hitagi Buffet’ – the very first Monogatari short story.

Nisio Isin penned Hitagi Buffet as part of the ‘Bakemonogatari Anime Complete Guidebook’ in 2010 and has since gone on to write countless short stories alongside the series’ mainline releases. These include ‘Suruga Neat’ for the Yomiuri Shimbun, ‘Tsubasa Lion’ for the March comes in like a lion volume 12 special edition, and ‘Koyomi History’ for the ‘Madogatari’ Monogatari x Madoka Magica exhibition pamphlet. You can check out the full list via the wiki. 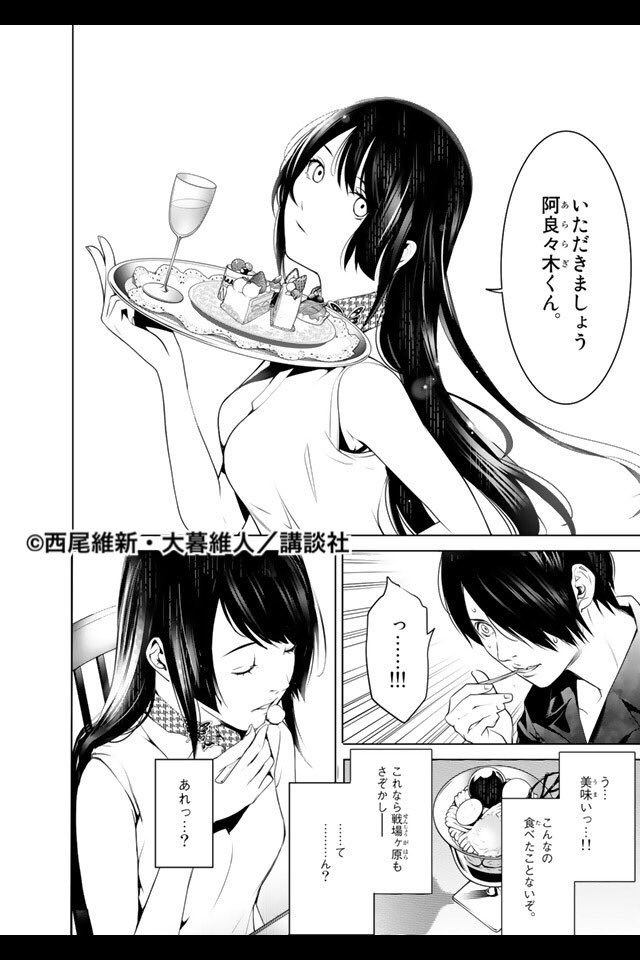 Indeed, the Bakemonogatari manga had already been adapting several original short stories by Nisio Isin as part of its special edition releases. The volume 1 special edition, for example, adapts ‘Hitagi Dish,’ while volume 2 adapts ‘Hitagi Hermit Crab.’ Both of these are original short stories that you will find nowhere else. Yet, the announcement that the manga would be adapting Hitagi Buffet is different: not only is this the first Monogatari short story, it is also the first time that the Bakemonogatari manga is dipping into previously published material.

The gloves, then, seem to be off. All of Nisio Isin’s previous Monogatari material is now fair game for the Bakemonogatari manga to adapt, which begs the question: will it go beyond the anime by Studio SHAFT? Certainly, it will take a while to get there, but there are more than a few fans who would love to see such material as the Off Season or the Monster Season adapted in some shape or form.

Who knows: this could be what pushes Oh! Great’s manga away from a simple adaptation and towards something else entirely.

You read the Bakemonogatari manga in English via Vertical.