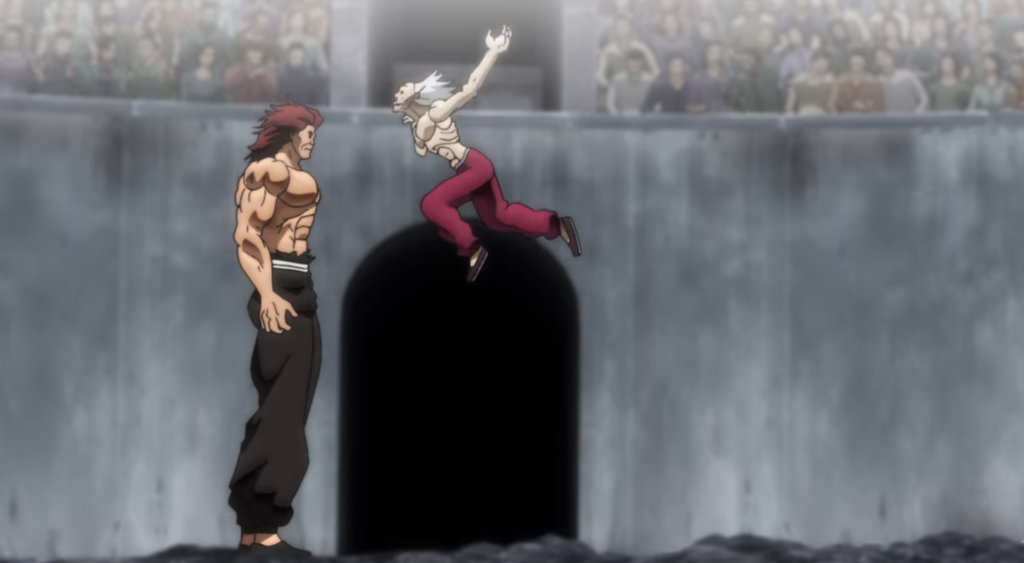 Baki Season 2, or part 3 if you’re going by the weird Netflix categorization, asks a simple question with its graphic portrayal of brutal martial arts; What matters more, strength or technique? If Keisuke Itagaki’s nearly 30-year-old Baki series was your run of the mill shonen manga, the answer would be technique right? An enemy with raw strength appears before the boy hero and wipes the floor with him. Only trying again after training and gaining new powers (techniques) can your Gokus and your Narutos overwhelm their enemies. In Baki’s The Great Raitai Tournament Saga though, the answer is a bit vaguer than that. You have martial artists who study of years and years, taking their art and their teachings more seriously than anything else in their lives.  You also have a host of dudes who are strong, too strong. Putting them all together in a sacred tournament in China and watching that central question get deliberated in a series of deathmatches is the joy of Baki. 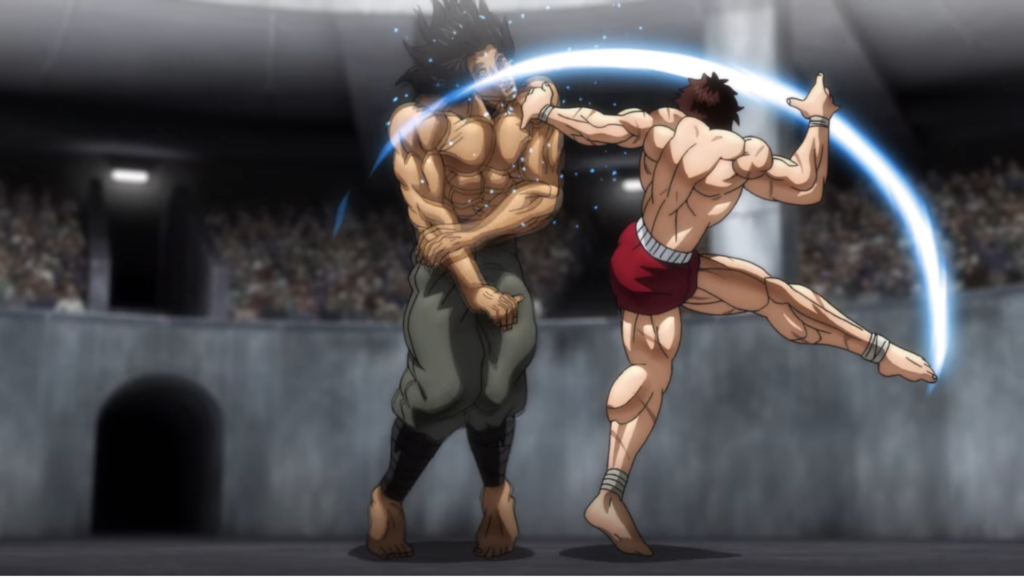 You could watch Baki’s Great Raitai Tournament without having watched the previous season, but we wouldn’t recommend it. Granted, it’s not the most plot-heavy anime to begin but Baki’s, the boy, subtle character development along his journey to best the strongest creature on earth, his father Yujiro Hanma, is what gives much of the show its weight. If you took the soul and the meditations on martial arts out of Baki, you would still have an incredibly kinetic fighting anime with animation alone making it well worth the watch. However as Season 1 brilliantly showcased and season 2 continues, it’s the why of these fights that gives the series its incredible spirit, one that has stuck with its original manga’s readership for a very long time. Kind of a transitionary set of arcs, Season 2 of Baki indulges a little less in its poetics than the first though. 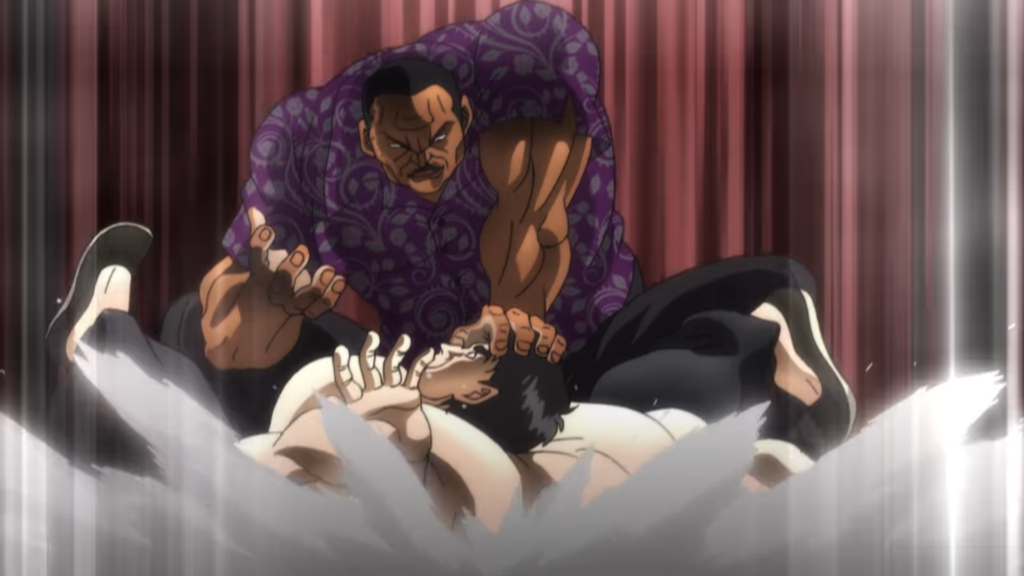 The secondary arc in Baki Season 2 is actually a pretty interesting turn as well. After The Great Raitai Tournament Ends, the show takes a handful of episodes to focus on Mohammad Alai Jr., son of the famed boxer Mohammad Alai a fictionalized portrayal of the greatest to ever step in the ring. In an attempt to perform a martial arts style of boxing originally invented by his father, he’s been training and fighting in Japan for some time. This has lead him to develop feelings for Baki’s girlfriend Kozue, thus issuing a challenge out. It’s not the love triangle that makes Alai Jr.’s tale a compelling part of the story, but how his various bouts against extremely skilled fighters are used to make for one sobering realization for the aspiring fighter. 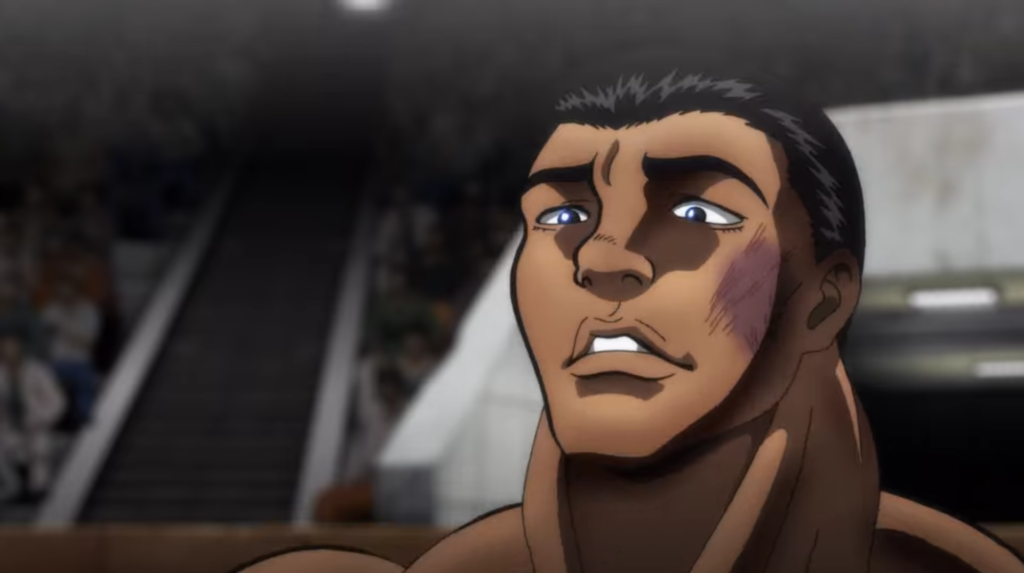 Season 2 ends on a big cliff-hanger, leaving us to think more’s coming. Great news, by the way, as The Great Raitai Saga has been a stellar continuation of one of the best series of the last few years. If this adaptation can keep up the quality through, I’m willing to stick with it for as long as they keep doing it.

You can watch Baki: The Great Raitai Tournament Saga exclusively on Netflix.