Baki Returns To The Ring In New Baki Season 2 Trailer 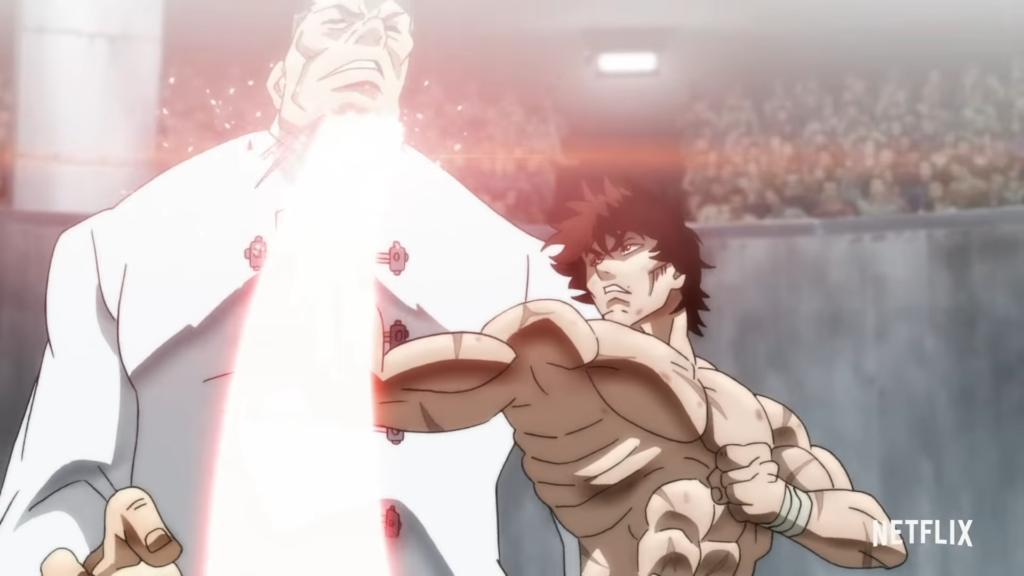 Some extremely good news to encounter today, a full-on trailer for Baki Season 2 is finally out! More than that, while it’s just a taste, so far it looks as balls to the wall and brutal as season one did. First announced just about a year ago, this follow up season to the Netflix exclusive adaptation of one of manga’s longest and greatest works of all time is just the thing we need to kick this decade of anime into high gear. While no specific release date has been given for the latest animated iteration of Keisuke Itagaki’s work, we do know for sure it’s coming to Netflix in 2020.

Baki Season 2, or more formally titled Baki: Dai Raitaisai-hen though we imagine the subtitle will be dropped or overseas release, will pick up exactly where season 1 left off; At the start of a brand new martial arts tournament taking place in China. This Baki anime is the third, following an early 90s OVA and an early 2000s TV run though you don’t need to have watched those to enjoy this monster of a show. It adapts the second Baki manga series, of which there are now five, but doesn’t expect you to be intimately familiar to enjoy it.

The Itagakis might be the biggest family in manga right now. Keisuke Itagaki is continuing his multi-decade winning streak with Baki Season 2 and the continued serialization of his fifth Baki work, but he’s not the only one making his moves! His daughter Paru Itagaki has become something of a household name in the fan community with the extremely successful Beastars, which we’ve been paying special attention to as of late. While the two are very different stories, you can’t deny Paru’s occasion taste for explicit brutality which probably comes from being raised on her father’s manga.

Baki Season 2 will be coming exclusively to Netflix later this year.