Baki The Grappler Is As Beautiful As It Is Disturbing 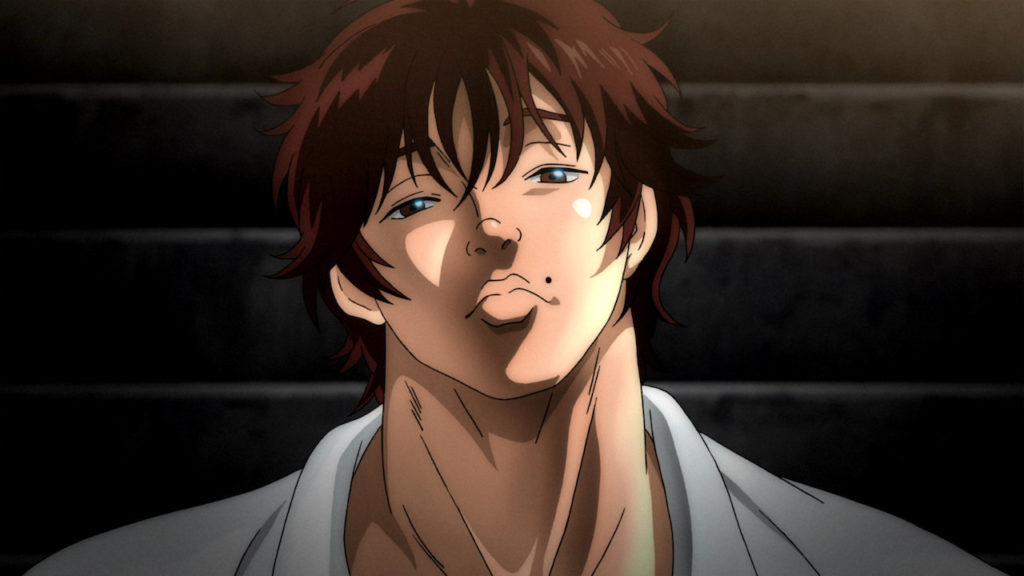 Despite the fact that there are tens of thousands of anime and manga that creators have birthed into this world, Baki The Grappler stands triumphant upon most of them. Beautiful As It Is Ugly, Baki forces anyone who reads it into quickly becoming an addict.

The awful bulging muscles and ugly faces that tear at each other limb from limb, it’s repulsive at a glance but spends some time with it and you’ll see that Baki is A truly unique work that will go down in history as one of the most ambitious pieces of visual story-telling ever.

Keisuke Itagaki started Baki The Grappler way back in 1991 and has kept it going week to week in Weekly Shonen Champion to this day. Technically the franchise is on its fifth series with the current iteration being named Baki-Dou, but make no mistake! Adding it all up, Baki totals up to 135 collected volumes (and counting) making the longest of the seinen masterpieces that rival the likes of Berserk and Gantz.

Being such a hit, The series has had three different anime adaptations over the years, with its latest one really nailing what made the comic so wonderful in the first place.

So what is Baki Grappler? Maybe a better question is who is Baki The Grappler. The son of Yujiro Hanma, the world’s greatest martial artist whose individual power rivals those of national armies, Baki’s unique and rather unfortunate upbringing has made him quite the capable fighter himself.

Eyes are on him as throughout the many Baki manga he fights tougher and weirder opponents including a slew of professional martial artists, extremely skilled serial killers, imaginary giant insects, a clone of the legendary samurai Musashi Miyamoto, and eventually his own father.

They imbue these series of fights with poetry and some extremely grotesque art resulting in purposefully clashing fusion effects that 135 volumes later still hits correctly.

For a very long time, the manga was not at all available in English in any legal capacity. Although still, no print edition exists, it has started being released digitally on Comixology. At this point though we can’t see if this digital English run of the manga will actually release the entirety of the manga or stop after a certain point.

We understand what an undertaking it would be to release over 100 volumes of a manga that would have to be given a hard M rating but it’s a real shame Dark Horse or another publisher didn’t embark on this journey years ago. Unlike the seinen champion Berserk and its author Kentaro Miura, Keisuke Itagaki seemingly never takes long breaks. You don’t rack up 130 + volumes wasting your days away on [email protected]

The very first Baki animation came out in 1994 and in the late 90s, it could often be found collecting dust on the shelves of Blockbusters all around America. At the time, ultra-violent OVAs like Violence Jack and Mad Bull 34 were all the rage amongst the still small but ever-growing anime fandom, and adapting Baki made perfect sense. Unfortunately, though this first OVA is now all but a forgotten memory.

Adapting the first couple volumes of the original manga, it gave fans an early taste of the life and death martial arts the series would be known for. While only 45 minutes in length leaving a lot uncovered, fans of the franchise will still find something to enjoy in this 90s cut.

Baki’s Second Anime Lasted A Lot Longer Than The Fist

In 2001 the powers that be decided Baki, now dozens and dozens of volumes long with a very dedicated following, would get another animated offering. This anime would be called Baki The Grappler and run late night on TV Tokyo. While anime could get away with a lot on public channels after hours, this Baki adaptation had to be somewhat toned down from its manga original.

Despite it not being quite as grotesque as Keisuke Itagaki’s manga, the second anime was something of a success running for a full year. With 48 episodes, it covered a good chunk of the Baki story-line from the first manga series. Funimation Entertainment eventually released the entirety of the early 2000s Baki The Grappler on DVD.

Talking about the various Baki anime really does bring us back in time. For instance, this show featured Dir En Grey contributing an opening theme which is about as early to mid-2000s as you can get.

The 2018 Baki Anime That Brought The Series Back

The Netflix exclusive Baki anime was the first time the manga had successfully been translated to animation without losing its poetic quality. Previously, there was an OVA in the early 90s that’s admittedly alright and an early 2000s TV animation that unfortunately doesn’t hold up so well visually.

However, TMS entertainment and director Toshiki Hirano, a veteran animator known for directing 90s classics like Magic Knight Rayerath and Vampire Princess Miyu, hit it out of the park with this latest incarnation. Truly the manga brought to life, long time fans that had been waiting for a proper Baki anime weren’t disappointed.

Pretty much the only partial downside to the new Baki anime is that it starts at the second Baki manga series. Being pretty much a direct adaptation, the show assumes you’re familiar with the Baki cast and characters beforehand. With the last Baki anime coming out in 2001, for so many people who just discovered the series browsing that could be off-putting.

We’d like to clarify that the series is still extremely enjoyable and worthwhile despite this. Pretty much being just a series of fights, it’s easy to catch yourself up into the fold. Besides, it’s a good excuse to go check out of the manga which is finally getting a digital English release.

If rather realistic and gratuitous violence doesn’t make you squeamish, you owe it to yourself to watch this new Baki.

Baki The Grappler Season 1 Was Just A Taste

Baki Season 1 only adapted one major arc from one of the five Baki manga. There’s still a lot more Baki goodness to be churned into anime form. While it’s unlikely all 135 volumes of Baki will get adapted, especially since if they did there’s no way the show could keep up the level of quality it currently enjoys, we know more is on the way.

Whether future installments of Netflix’s Baki continue on where previous seasons left off or if we’ll only see a selection of arcs adapted, that remains to be determined but we’re confident the show will continue to astound anyone who gives it a chance. Thankfully we do have a better picture now of what’s coming next for the show on Netflix.

Baki The Grappler Season 2 Is On The Way

A sequel, or season, has already been announced for the 2018 Baki anime. The announcement came in early 2019 so that staff has been working on the project for some time. While no formal release date was attached to that announcement for some time, just recently it’s been confirmed that new episodes of Baki will come out sometime in 2020.

We are of the opinion that the study should take the time it needs to create a product as magnificent as the first season. While the original manga makes for some fantastic source material is fantastic, it doesn’t mean an end animation product will be without the necessary time and effort put into it. The first season of Netflix Baki was so good because its creators had the time to mold it into something special that could successfully capture what makes the comic great.

With the new season picking off exactly where the last season ended, at the beginning of a martial arts tournament in China, and with the creative team behind the show returning we have every reason to believe this next set of episodes will be as good as the last.