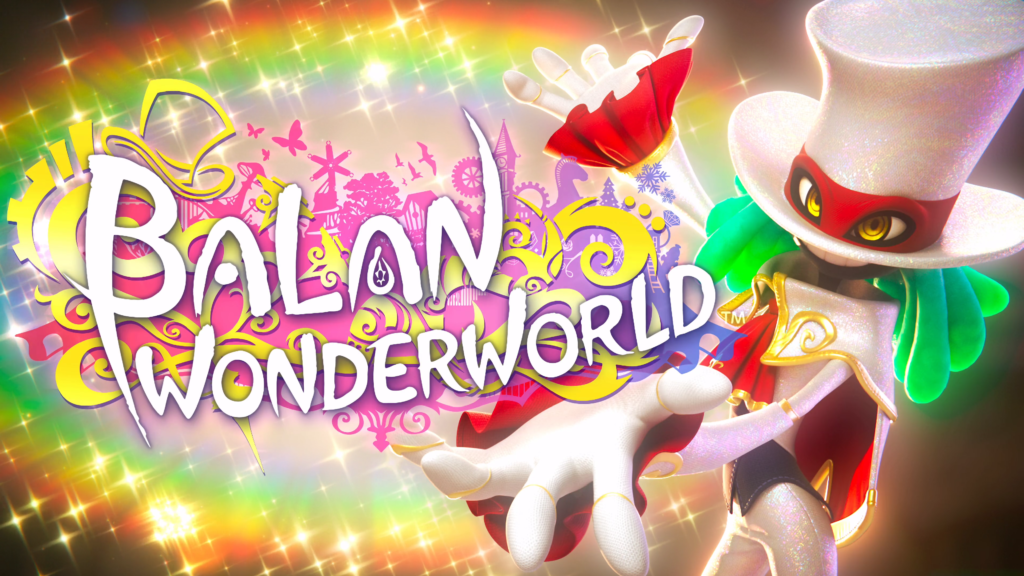 Balan Wonderworld is a bizarre experience. In spite of the numerous issues present in the game’s recently released demo, there’s an underlying charm that leaves me curious for more.

I should probably preface my Balan Wonderworld demo impressions with a comment about my genuine excitement for the game in recent months. I’ve been a loud proponent of Yuji Naka’s criminally overlooked previous platformer for the Wii, Rodea the Sky Soldier, and Balan Wonderworld is his return to the director’s chair with the backing of Square Enix. The game interested me ever since its initial reveal, with an exciting pre-rendered trailer giving us a glimpse into what could have been a fantastical, nostalgic 3D-platforming adventure.

Getting my hands on the game for a short time, however, tempers those expectations somewhat.

Booting the Balan Wonderworld demo greets you with an eclectic opening cutscene of your character meeting Balan before he whisks you into a world of dreams to help strangers get over nightmares and insecurities. As you do. Like everything with this game, there’s little explanation for anything that’s going on as you play, and probing deeper into the game will only leave you more confused, so it’s best not to dwell on it.

The demo contains all of chapter 1 and the first acts of chapter 4 and chapter 6 (the game follows a 2-act-and-boss structure similar to Sonic titles). Each acts as a small diorama based on the dreams of the person you’ve entered, so to discuss chapter 1 again, each level is dotted with oversized corn and vegetables to give the impression of a giant field, even as it’s littered by enemies and platforms. Chapter 4 is based on a boy with a dream of flying and is set in the sky. The soundtrack to this level is a particular favorite, but it remains decent throughout. 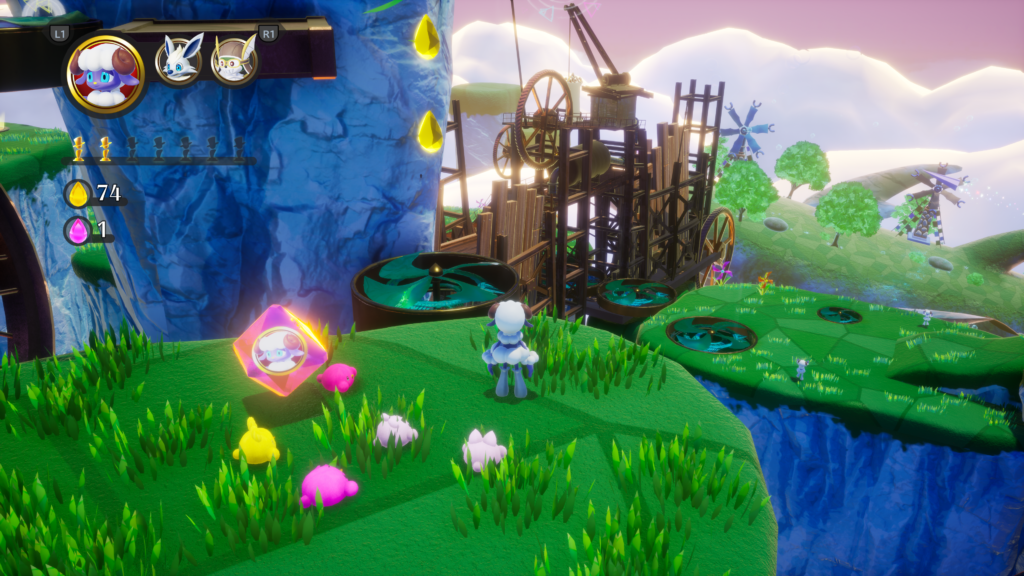 While there’s certainly disappointment to be felt when comparing the flashy pre-rendered cutscenes to the simple PS2-era cartoon graphics that in no way take advantage of the power of the consoles they’re produced for, the main issue is the game’s simplicity.

One look at the game’s controls reveals that every face button and the triggers do the only action your player has at their disposal: jump. Jumping is how you attack and move in the air, but without even a run button to mix things up, gameplay can feel flat. It isn’t helped by similarly monotonous animations that also have the unfortunate feeling of being a little wonky in motion. Your character moves far slower than the character’s fast-moving legs would have you believe. 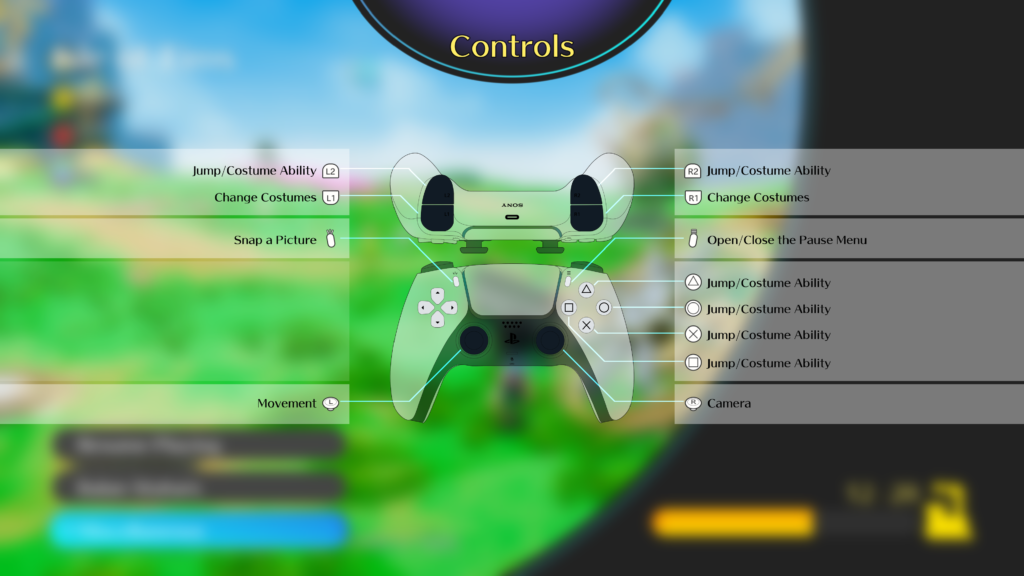 The only thing mixing this up is the various costumes, but this comes with several obscure caveats. While you have everything from flying racoon-like costumes to coyotes that spin when you jump, with minigame-triggering costumes like footballers also present, juggling between costumes can be a hindrance. Players can only hold three costumes at once and taking damage will cause you to lose these costumes. You’ll have to return to a checkpoint to enter the wardrobe if you don’t have the right costume to hand, or backtrack to possibly another level if you don’t have one spare. It’s strangely punishing in a game otherwise designed for simplicity and accessibility.

My time playing the Balan Wonderworld demo was filled with similar such peculiarities, made more odd by the game’s lack of explanation to events on screen. It’s never noted that getting all perfect on a Balan’s Bout will award a trophy, yet it does. Compounding this, you can’t retry if you make a mistake, and it only reappears on re-entering the level and reaching that point again. Talk about a costly mistake. 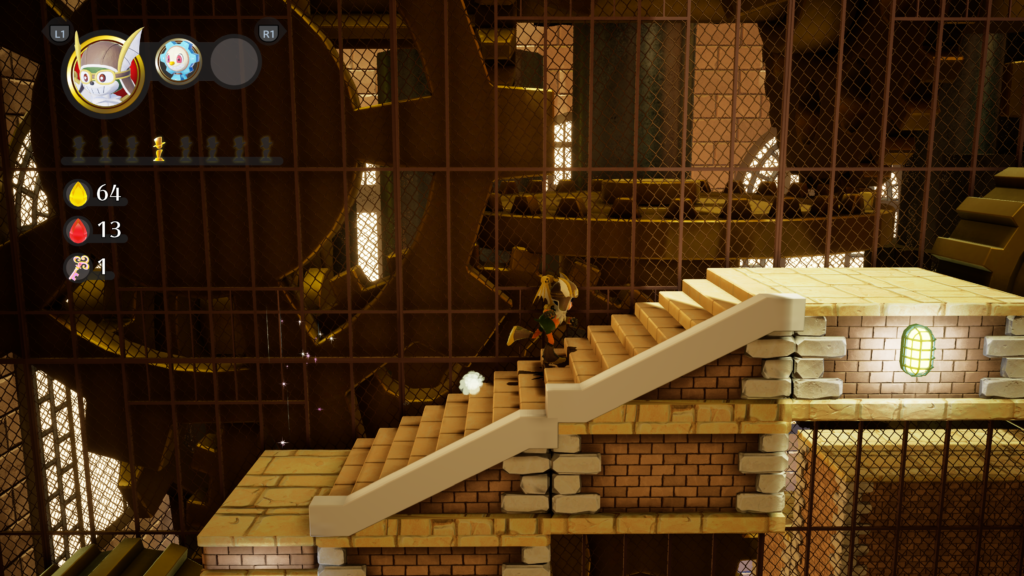 Many of these issues are concerning because the simplistic worlds and costume balancing issues are fundamental issues with the game’s design. A mild tweak in the short time between demo and release won’t fix more ingrained issues that seem to set the game up for failure.

And yet, in spite of these criticisms… I remain somewhat interested.

Yuji Naka’s worlds have always held an appeal to me, something my love for Nights Into Dreams and 3D Sonic titles can attest to. They’re appealing just to look at thanks to their quirks, and this one is no different.

Following you around every level in the demo and chilling in the hub world are Balan Wonderworld’s answer to Sonic’s Chao creatures, called Tims. These fluffy birds seem to do nothing, but they’re incredibly cute, and the fact you can feed them and have these balls of fluff spin a hamster wheel to create trampolines and a giant tower for them to play with is undeniably wholesome. 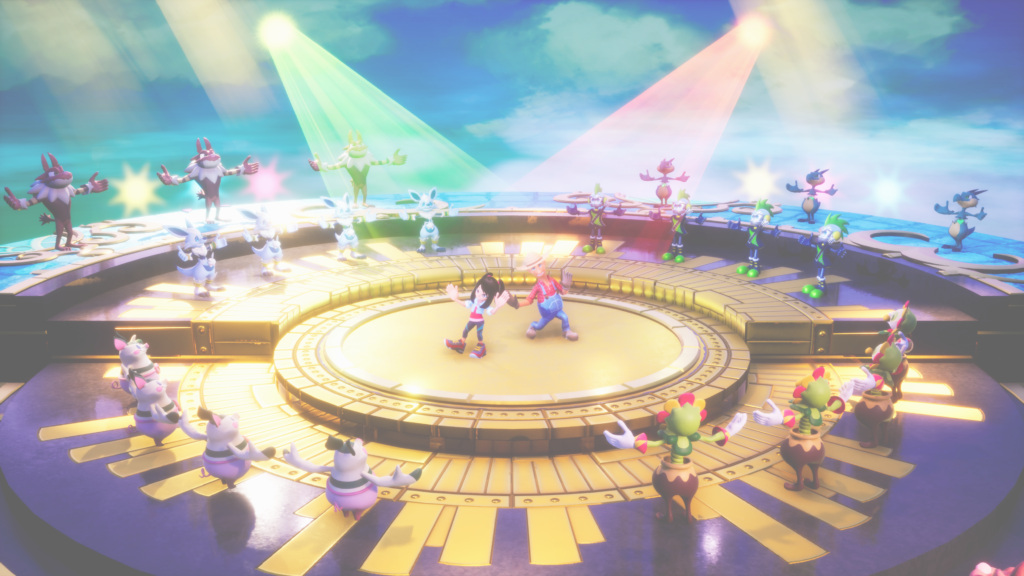 There’s also a bizarre joy to the game’s post-boss musical sequences. Keeping with the theatrical theme the game tries to embed into the game’s introduction, defeating a boss starts up an unprompted yet utterly captivating musical number, as you, the person you saved, and the creatures who joined you on the journey dance in unison to a musical song that can’t help but leave you with a smile.

Moments like these keep me not only invested but laughing despite the flaws that are plentiful within my short time with the Balan Wonderworld demo. Even if my expectations are somewhat tempered by this, I’m left wanting more to see what direction Yuji Naka takes this confounding world he crafted, for better or for worse. That surely means something, right?

other William Moo 11 hours ago