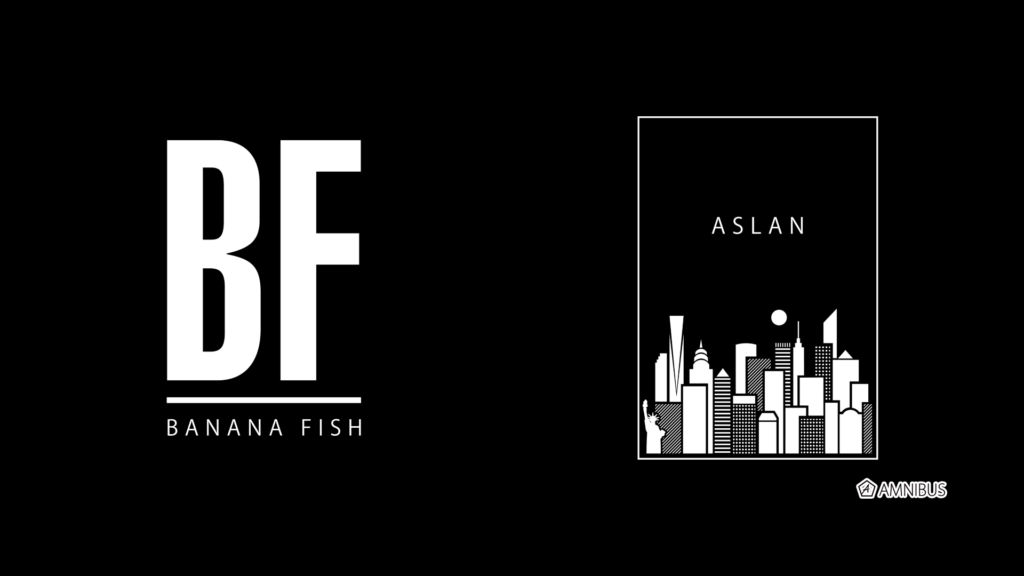 BANANA FISH last year was as much of a delight as it was a surprise. It’s not so often a 30-year-old manga gets a new, mostly faithful adaption with a relatively high budget for its entire run. Plus, the subject materials BANANA FISH covers like drug use, abuse, and not completely unrealistic male on male romance made it a stand out series in the pool of current anime. While the series is popular with the fujoshi crowd, it’s also a critical favorite. We’re happy to see this latest round of apparel inspired by the series which, while not a Jojo or a Reborn, always had an eye on its outfit design. 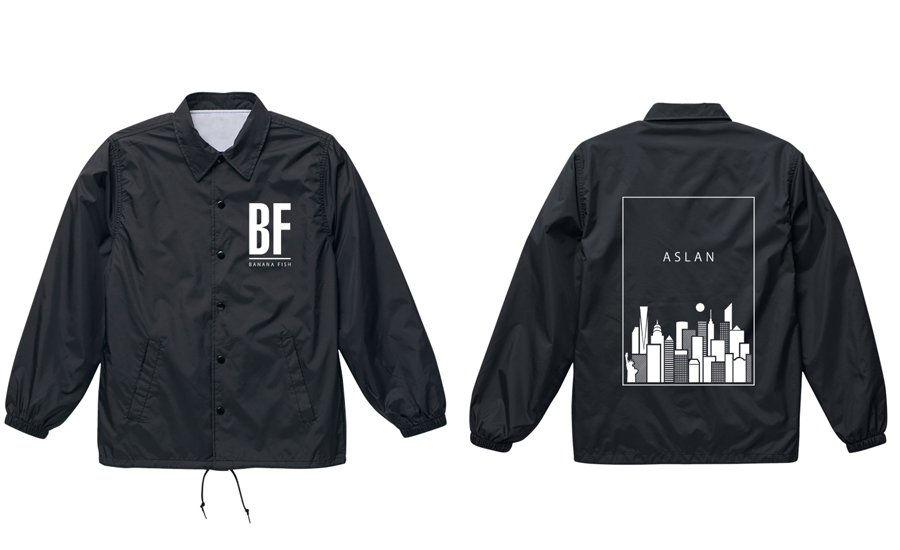 Courtesy of the anime goods website Amnibus, who’ve released a few other BANANA FISH inspired things recently, we have a new coach jacket, a new handbag, and a new train pass. All three of these designs look pretty good and compared to some other higher end stylish anime based merchandise to hit recently, they’re not quite so hard on the wallet. The sleek black coat featuring the main character Ash’s real name and the NYC cityscape on the back costs 8,800 yen. Both the white striped bag and the banana covered pass-case are hovering just under 2,000 yen making them affordable options to show your BANANA FISH love. 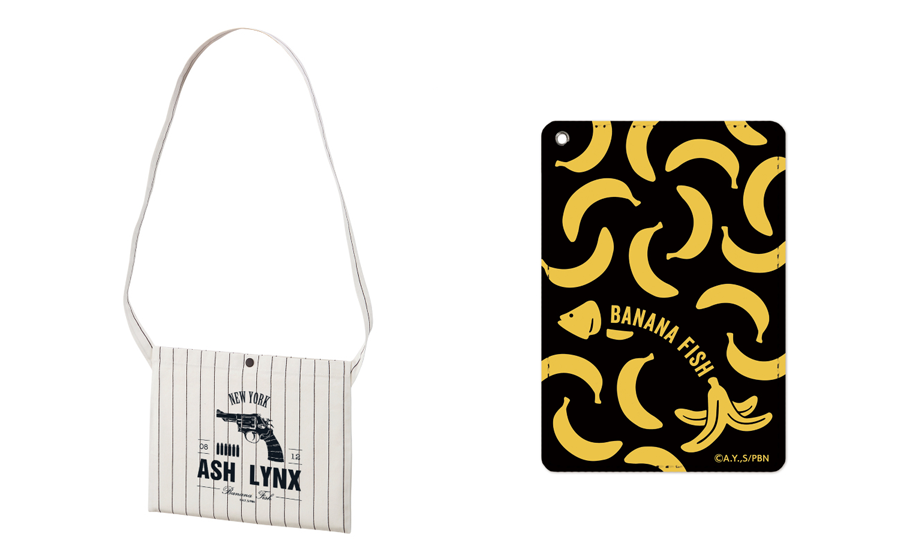 In addition to the above pieces, Amnibus is also selling new mini-art frames that have high-quality screenshots of the series printed on them. This whole round of merch joins a previous assortment of BANANA FISH goods from Amnibus that fans may want to poke through. While BANANA FISH is a one and done series, I hope to see more adaptations of older manga and more mature anime that handles adult themes in the near future.

This round of BANANA FISH clothing and accessories can be pre-ordered now and will be shipped out in September.