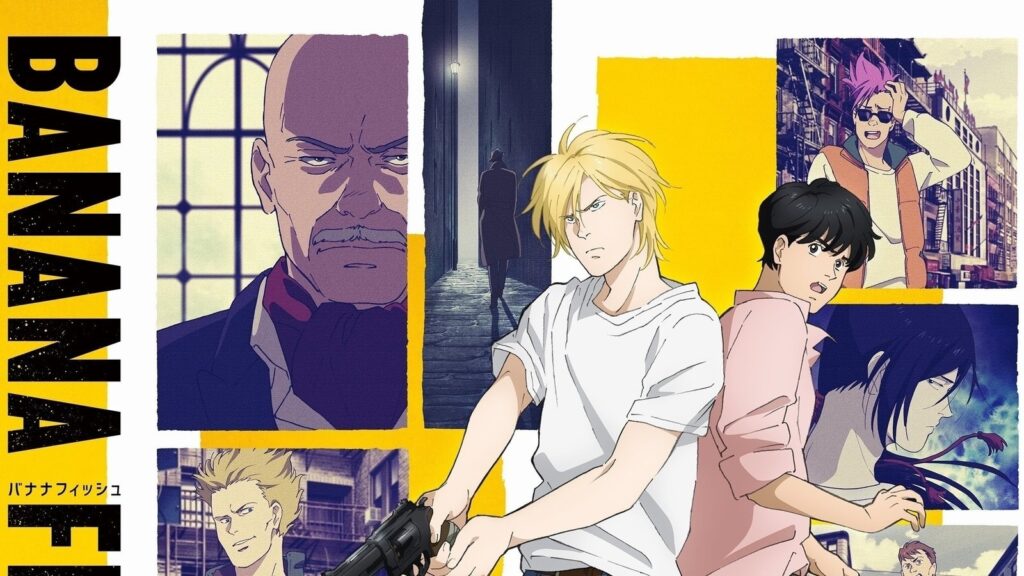 Somewhere in between West Side Story and The Godfather, Banana Fish sits as a unique entry in the world of anime and manga. It is a rare tale of a Japanese photographer gets caught up in the world of street gangs. All of this came from what is supposedly a shoujo manga.

Before Baccano, Banana Fish was making the New York City gang shtick fashionable in the medium. In fact, it married the culture of NYC street gangs with genuine queer relationships that come off as more than just ‘yaoi fodder’.

Whether we’re talking about the classic 80s manga or the 2018 surprise hit anime, Banana Fish is well worth your time investment. If you’re not convinced that this is one series that throws everything you expect to come out of anime and manga on its head, we encourage you to read on. 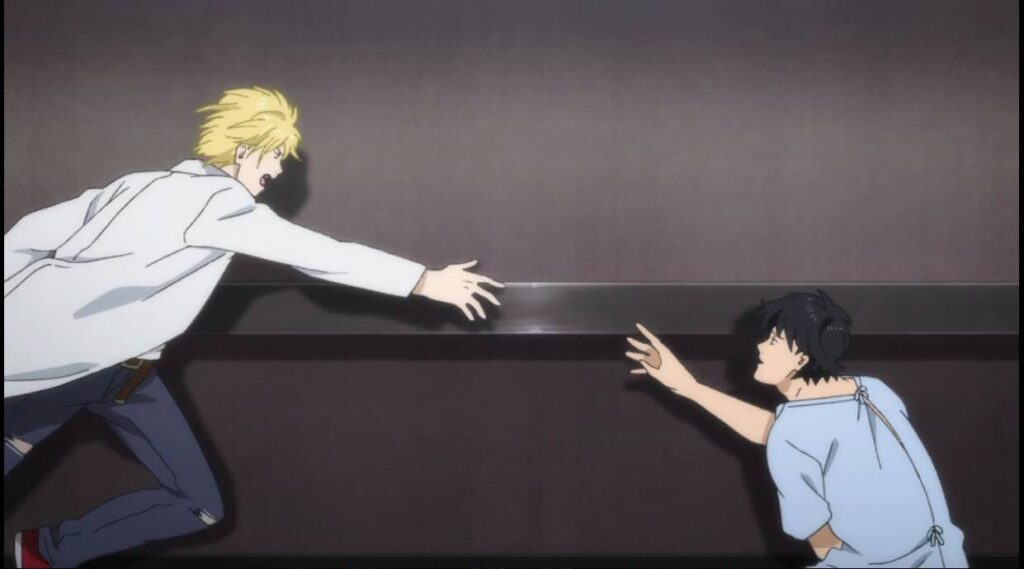 Maybe Banana Fish wasn’t the first manga to take place in New York City, but it’s the oldest we can think of that really centers around the city that never sleeps. None of it is what you would expect from a, quote unquote, shojo manga, but truthfully shojo manga is all the better for pushing these boundaries.

Akimi Yoshida originally launched Banana Fish in 1984, and even by today’s standards, it’s extremely ambitious; Banana Fish features a genuinely queer relationship, the machinations of organized crime and youth gang activity, and also head on tackles drug addiction. Lots of these topics don’t get handled with the proper nuance in anime and manga today, so to see a series over 30 years old do so is really something.

Despite some pretty art and pretty boys, it didn’t sugar coat how ugly life can get. It might not be the ‘wokest’ on these themes by today’s standards but for a 35-year-old manga that ran in a mainstream shojo manga magazine? Truly innovative and it demands your time not only because of that, but because the execution is great too.

The Banana Fish Anime Was a Huge Surprise

Nobody was expecting a Banana Fish anime to come out in 2018, but we’re sure glad it did. Truly a surprising spot of anime news when the show was made public, many were curious from the outset because they either remembered how good the manga was or just because the premise of a critically acclaimed yaoi title based in New York City getting animated was too tantalizing to pass up.

First airing on Japan’s famous Noitamina block (known for more left of center and artistic anime such as Eden of The East, The Tatami Galaxy, and Princess Jellyfish) the show joined an esteemed line up and rightly so! Not many anime take a naked look at street violence, recreational and habitual drug-use, or not overly exaggerated queer relationships. Because of this, Banana Fish isn’t always an easy watch, but it really does hit hard when it wants to.

The animation team at MAPPA made some slight modernizations to the tale, such as switching out the haunting spectre of Vietnam war fall out over to the more recent Iraq war, but ultimately the groundbreaking original work was left intact. Only the most pure of all purists would get angry at the miniscule changes made to the anime to make it more palpable for today’s audience, though we do sympathize with those who wanted to see Shorter bald on screen.

We whole-heartedly recommend this modern take on the classic manga, and we hope to see more cult classic manga get the anime treatment. It did well with both critics and fans, definitely satisfying the need for anime to be different from the usual sometimes. In a medium currently over-run with isekai stories and run-of-the-mill Shonen, Banana Fish might be exactly what you were looking for. 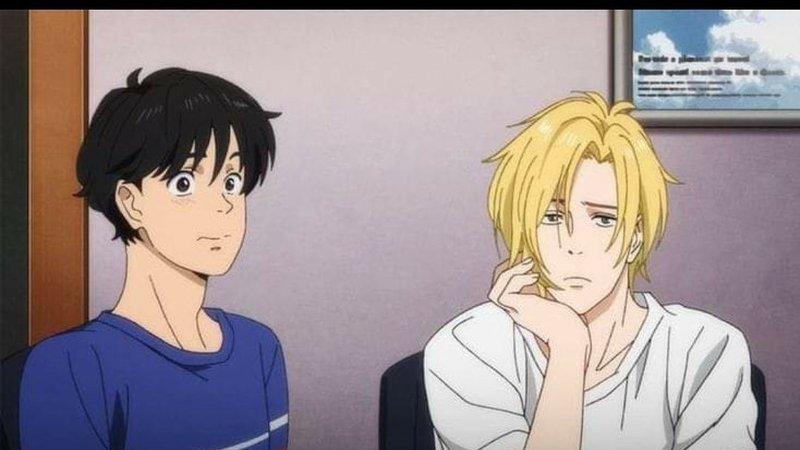 Where You Can Find Every Banana Fish Episode

As of now, the only place you can watch Banana Fish in the United States is on Amazon Prime, which isn’t exactly ideal. Not only are you going to have to pony up to Jeff Bezos if you want to see this pretty boys in action, but it’s definitely not the most conducive platform for watching anime. Its exclusives don’t get released elsewhere and don’t have the often gotten Blu-Ray home releases. What this all means? If you don’t have a Prime account, Banana Fish is pretty inaccessible right now, unfortunately.

The manga was recently reprinted by Viz Media for the first time in well over a decade when the show came out, so you may have some luck there if you’re interested. 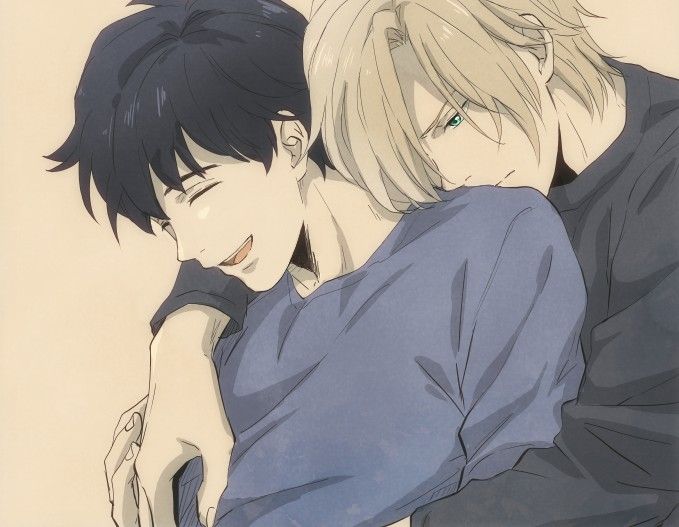 Like any anime series whose audience is mostly the Fujoshi crowd, character appeal is maybe the most important aspect of Banana Fish. Series creator Akimi Yoshida definitely had something to say and a story to tell when creating the series in the 80s, before the Fujoshi culture had solidified to what it is today, but when it comes to the new anime at least the animation team made all the boys prettier for a reason. Let’s touch on the fan favorites.

Ash Lynx is the golden child, the boy who can do no wrong. Sure, he’s murderer and does his fair share of organized crime around The City, but there’s something angelic about the golden-haired lad that makes him untouchable. Don’t worry, he has the troubled past that all but justifies his nefarious deeds, at least in the eyes of the viewer and in the eyes of Eiji.

Banana Fish wouldn’t be Banana Fish without the walking contradiction that is Ash Lynx: A pretty boy who underneath it all has a boyish quality, but truly he just wants to be free. However, he’s been doomed to the dark side of life since the beginning and his tragedy is that there’s no running away. Fans love a hopeless boy. 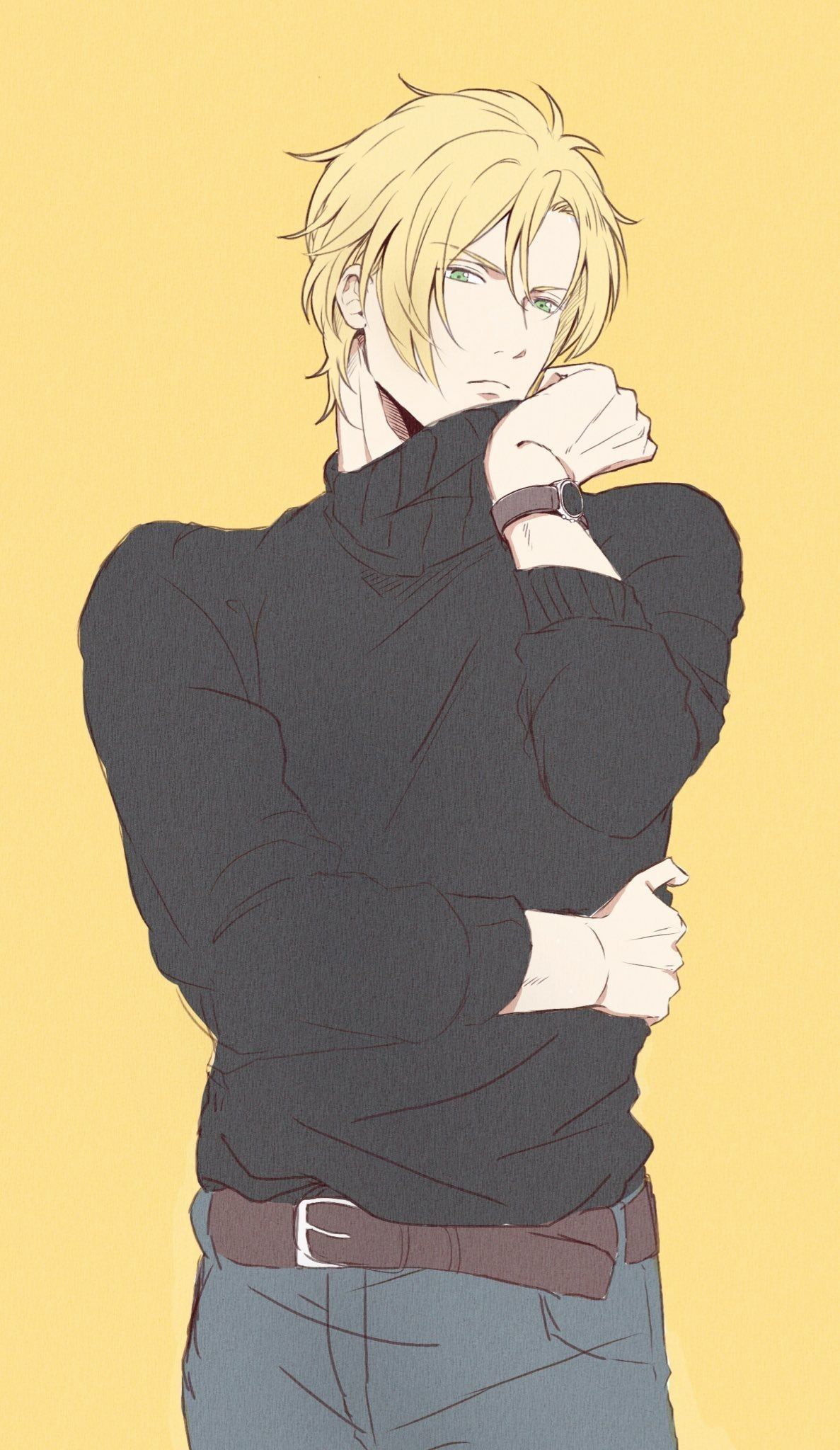 Eiji Okumura is the outsider. A young man from Japan who happens to get caught up in New York City organized crime nonsense. He originally traveled to the city to report on gang activity, but after meeting Ash, the two become enraptured with one another.

As the vantage point both into the series and into the NYC gang culture, Eiji’s role as both the audience surrogate and the damsel in distress makes him a necessary inclusion. Although, in terms of popularity, at least one of the supporting characters has him beat. 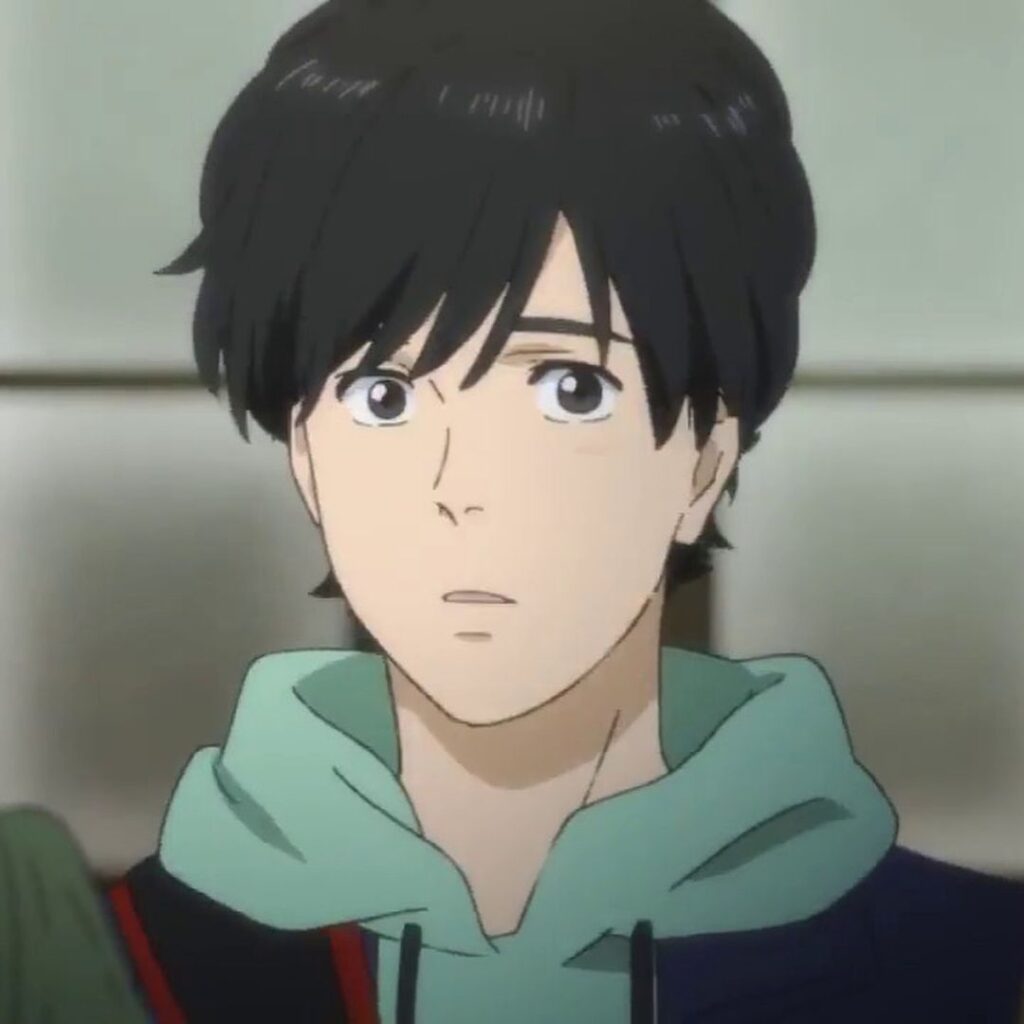 The fans love Shorter Wong. They adore him! Out of all the characters who aren’t Ash himself, he’s the pick. He’s kind of dumb but extremely earnest; The puppy dog of the Banana Fish cast.

A cue ball head in the original manga, the 2018 anime sported him with a neat purple mohawk that immediately made him all the more adorable. Shorter ends up playing a key part in one of the series’ most dramatic scenes, and while we don’t want to spoil here exactly what that is, he really does star in one of the most iconic moments Banana Fish has to offer. 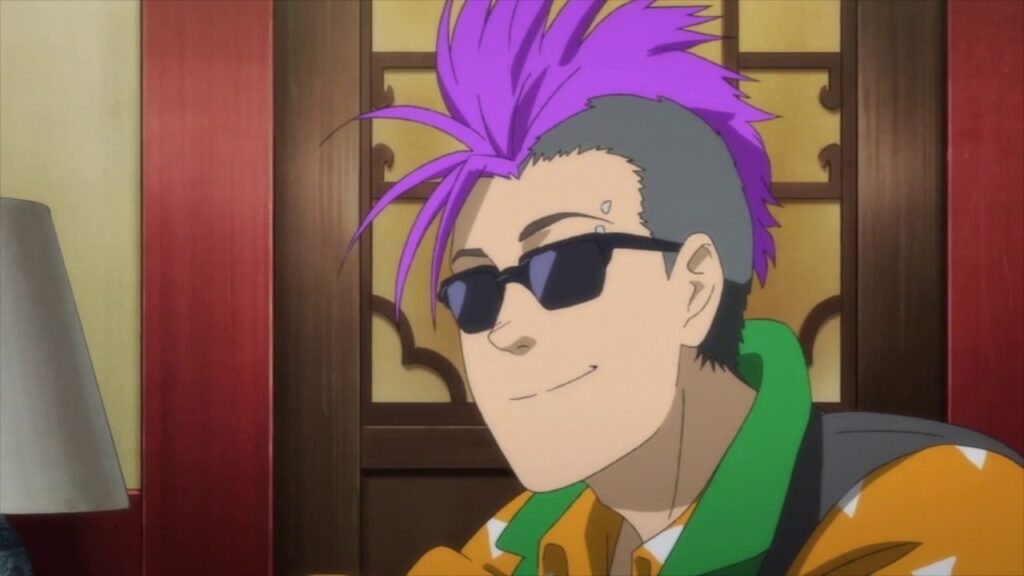 As one of the heirs to Lee family, China’s biggest crime family in the world of the show, Yut Lung is one of the most controversial characters in Banana Fish. His vast knowledge of poisons finds him teaming up with Golzine to conduct research on the in show drug ‘Banana Fish’, but he certainly has his own agenda. His feelings towards Ash Lynx are a bit complex, where he does regard Ash as an opponent but wants him to succeed just so they can face off as ivals, and the inherent contradiction almost makes Yut Lung likeable if you can look past all the harm he caused in the show. 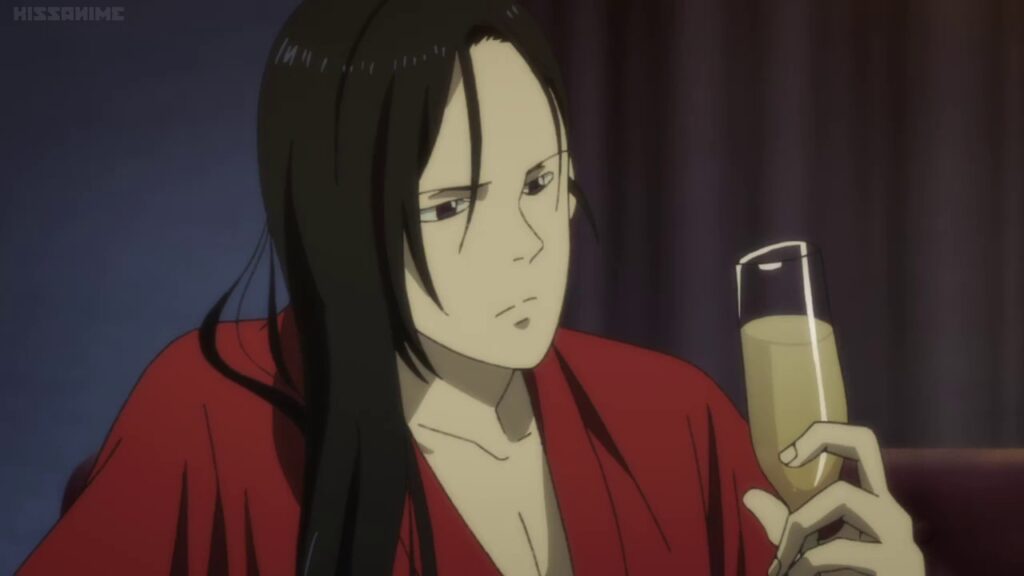 Okay, we don’t like Dino Golzine, what with his penchant for young boys and all the untold murder he undoubtedly overseas, but we have to admit he is one hell of villain. A high-ranking figure in the New York City underworld, he sure has a lot of power and men at his disposal. He had once raised Ash to be something of a successor to him, with much abuse all along the way, and now still finds himself obsessed with the young man who wants nothing more than to kill him. 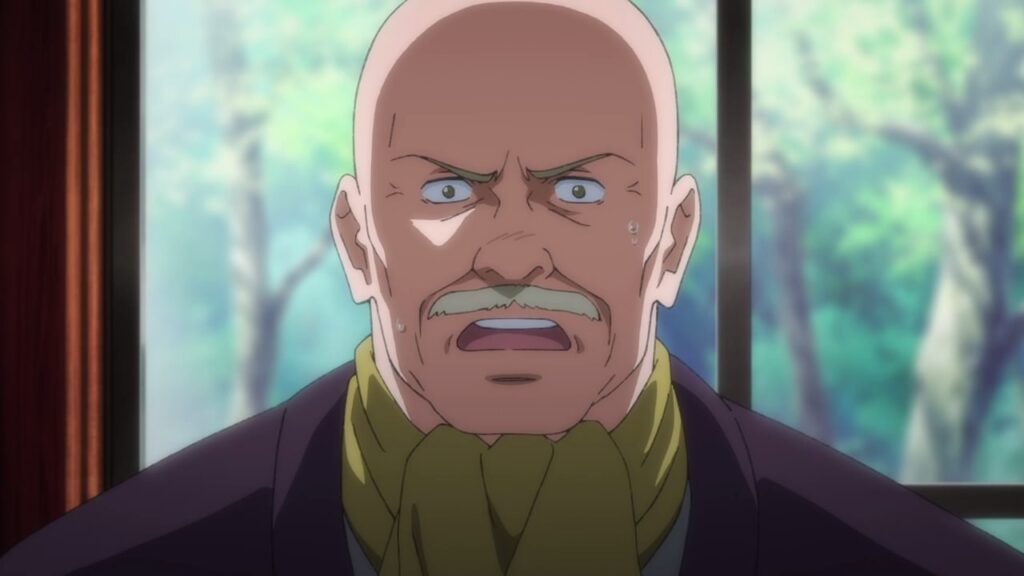 For whatever it’s worth, Max Lobo might be the most genuinely likeable character in all of Banana Fish. A journalist who was previously a soldier in the Iraq / Vietnam War (depending on whether you’re reading the manga or watching the anime) he encounters Ash Lynx as he investigates the mysterious and deadly Banana Fish drug. He has some real empathy and love for Ash, and more than anyone else wants to see Ash escape a life of violence and to find healing for his previous injustices at the hand of Goline.