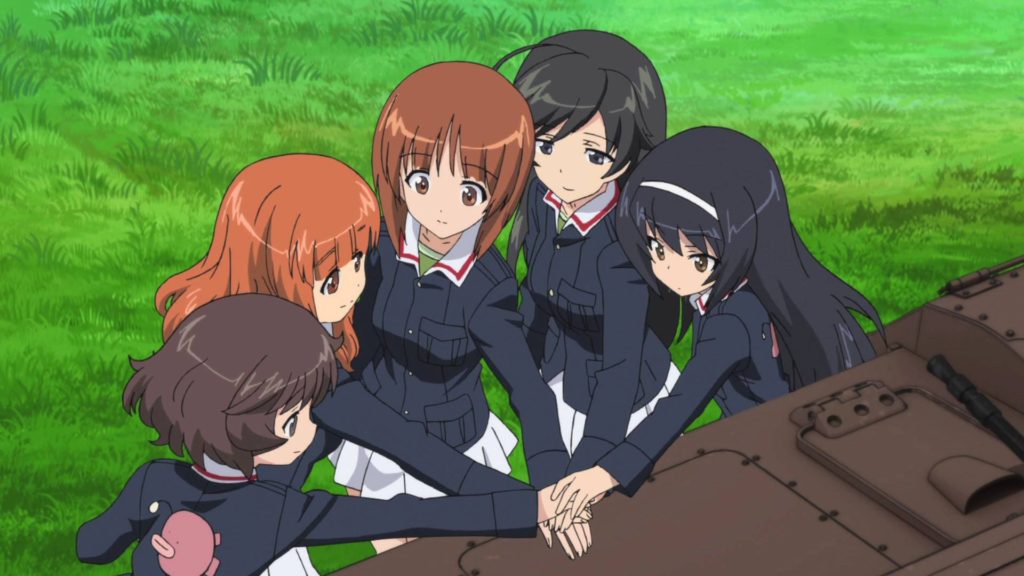 The anime industry is a rapidly-morphing place. Just as one new studio has opened, so has another been fully-acquired. On Monday, it details emerged that Bandai Visual had bought a full financial stake in the animation studio best known for producing the red-hot “Girls und Panzer” series, Actas. The purchase concluded on September 1, followed by news that Actas will retain its name as a full subsidiary to Bandai Visual.

According to the announcement shared on Netlab, the acquisition came to fruition with the primary goal of Bandai Visual acquiring the rights to “Girls und Panzer” with intent to grow the franchise and cultivate it into something even more impactful.

This is a fascinating reason for a production and distribution company to acquire an anime studio, but it is a smart move considering how popular the “Girls und Panzer” franchise currently is here in Japan. With an upcoming OVA series set to be released theatrically, and a video game in development at Bandai Visual‘s parent company, Bandai Namco, they only stand to make huge gains financially. In addition to producing the “Girls und Panzer” theatrical OVAs, Actas has been cooperating with Studio 3Hz on this Summer season’s popular “Princess Principal” anime. Being that it is not solely an Actas property, it is unlikely that Bandai Visual will be exerting any creative control of that franchise and its production. Jun Yukawa, who was a producer at Actas, has been named the subsidiary’s new managing director. He is involved with the “Girls und Panzer” franchise in a big way, as he serves as the project’s chief producer as well.

The industry is has been in a constant state of flux as of late, what with the constant shuffling of studios, and even the constant movement between studios and even production companies and distributors of some key talent. The industry seems to be moving even more towards a close-knit structure, and it will no doubt be fascinating to see how this continues to play out and affect the creation of the content we’ve all come to love and adore.