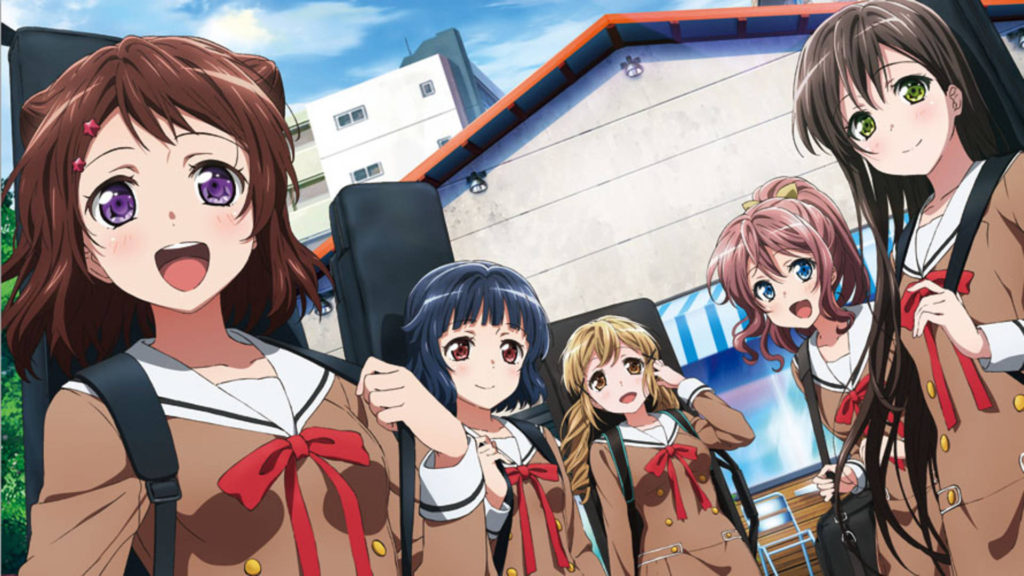 BanG Dream! has enjoyed a thunderous development ever since it’s launch in 2015, and recent developments prove that there has never been a better time to get into Bushiroad’s multimedia idol franchise.

First came the anime in January 2017, which was succeeded by the launch of the mobile game Girls Band Party! just two months later. The game, in particular, enjoyed great success thanks to its innovative character animation and usage of licensed anime songs to bolster it’s initially thin roster. Western fans were also treated to an English localization of the game, which released this April, meaning that it joins the stark few mobile games that make their way overseas, such as Granblue Fantasy and Love Live! School Idol Festival.

As a result of this rapid development in merely two years, the series has increased in popularity to the extent that it can now stand tall next to industry giants such as The [email protected] and Love Live!. Yet, Bushiroad does not intend to rest on their laurels and are hoping to develop the series even further with several new announcements.

Anime series are always influential in getting newcomers into an idol franchise, not only because anime often function as an excellent gateway into a given series, but also because they serve as an excellent advertisement for the rest of the series, in BanG Dream!’s case, the mobile game. So, the recent announcement of a second and third season of the anime will most likely be a great way to get even more into the franchise.

The second season will launch next year in January, followed by the third season in October. By releasing both seasons in the same year, there’s a high possibility that the story will be split over two cours, as many idol series before it has opted to do. In turn, this ensures that the anime will be discussed over the full course of the year, instead of just one season, as fans discuss what might happen in the continuation. The [email protected]: Cinderella Girls benefitted from this same phenomenon back in 2015 with its own split-cour anime series.

Even more exciting, however, was the announcement of a new, all-male project via the launch of an official website last week. The website showcases a new unit named “Argonavis,” which is made of three new male idols whose names and identity are as of yet still unknown. What’s more is that their first live will take place very soon, in July, which presumably means that this project has been kept under wraps for a while now in order to prepare ample material.

Although this new male idol project will not inhabit the same fictional universe as the already-existing female idol project, as Bushiroad president Takaaki Kidani confirmed via Twitter, it’d be safe to assume that the development of this all-male project will follow a pattern similar to the previous, all-female project’s development. The unit Poppin’ Party was unveiled first, which in turn became the main unit for the game and anime, meaning that we can expect more all-male units to be announced, but that Argonavis will remain as the main one.

The male virtual idol scene is by no means a barren market, but it definitely hasn’t seen as much attention as the female scene. Bang! Dream’s foray into this scene could be a turning point for it, but even if it isn’t, it will help bring a new, predominantly female demographic into the series. So not only will the new anime series help further advertise the game, but the series’ appeal has also been widened significantly. All of this means that there’s never been a better time to be a fan of Bang! Dream, and even if you’re not interested, the series’ rapid development is certainly worthy of recognition.