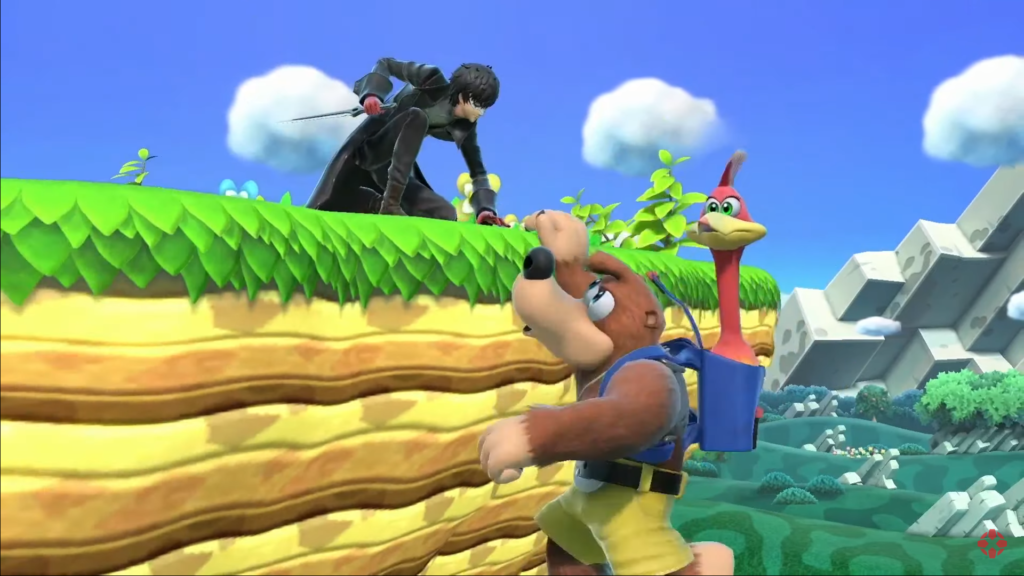 This E3 has been a big, big victory for Smash heads. We got not only one, but two new DLC character reveals, and both of them are absolute winners. One specifically made to appeal to Japanese audiences and the other not only made to appeal to American fans, but pulled off in a way that could be considered a miracle. Super Smash Brothers Brawl was the first game to include seminal video game characters from non-Nintendo properties with the inclusion of Sonic The Hedgehog and Solid Snake. Smash 4 continued that trend by bringing in Pac-Man and Megaman. However, it was when Smash 4 started releasing DLC that the unthinkable started to happen. Ryu was a surprise but still made sense within Smash, however when Cloud was first announced no one could believe it. Super Smash Bros. Ultimate has since continued doing the unimaginable.

Banjo-Kazooie, or Banjo and Kazooie if we’re being technical, making it into the smash fold is HUGE. Lots of younger fans may not even be familiar with who they are, but back in the Nintendo 64 era, they were platforming icons — maybe even tackling the likes of Crash and Spyro. The games were developed by a Western studio, Rare, which was bought out by Microsoft when the Xbox hit. Since then, Banjo-Kazooie had been absent from Nintendo, including the Wii and Wii U virtual console. In recent times, however, we’ve seen Microsoft shift towards a much more open approach with their competitors’ consoles. Seeing these two in Smash could mean seeing a return of the iconic duo’s own games on Nintendo, their original home. This also marks the first time a Western character has made it into the series.

If the inclusion of Banjo-Kazooie was for western fans, having Dragon Quest added into the fold will satiate the Japanese player-base. The series has become more popular in the west the last few years but hasn’t risen to the level of a Final Fantasy or Kingdom Hearts in America or Europe. In Japan, it’s a gigantic franchise and main game releases see people canceling work for the whole week to marathon them. They did the franchise right by including skins of the nameless ‘hero’ from many games. With Dragon Quest XI S hitting the Switch later this year, this collaboration makes sense. Plus, we all get more sword boys and who doesn’t love them?

The Hero from Dragon Quest comes to Smash this Summer and Banjo-Kazooie will release in Fall for those with the Fighter Pass, or those who purchase the characters as individual DLC.