How Have Banjo-Kazooie and The Hero Changed in Super Smash Bros. Ultimate? 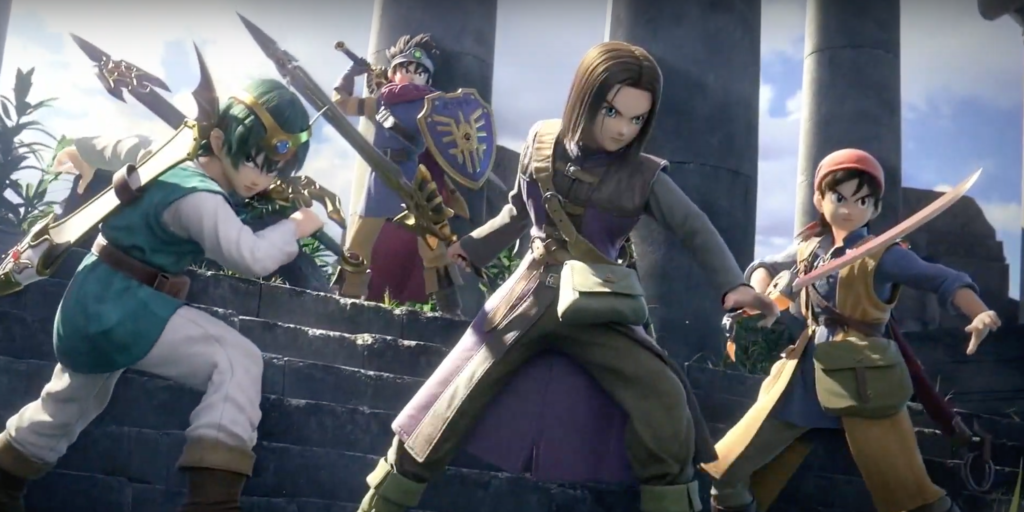 One of the most interesting parts of Super Smash Bros. Ultimate is in how it redesigns and recreates characters from classic franchises. Especially now that we’re in a generation where seams on clothing and freckles on faces are common, it’s satisfying to look at how far we’ve come in terms of design sensibilities and raw graphical power.

First created by Rare in the mid-1990s, Banjo & Kazooie remains one of the studio’s most iconic characters, even with the last main release being 19 years ago. The character was first seen at E3 in 1997 before appearing as a character in Diddy Kong Racing the same year. The full game released in 1998 with the classic duo in action. During both Banjo-Kazooie and the 2000 sequel Banjo-Tooie, most of the moves and imagery that we see in Smash Bros. were established.

After Microsoft purchased the studio in 2002, Banjo & Kazooie only had a couple of appearances in handheld titles before receiving a major redesign for Banjo-Kazooie: Nuts & Bolts. This design had Banjo with a large square nose and a piercing fringe of hair for a new car building adventure. The game was received decently, but it’s generally shunned by fans of the character.

So instead of taking on Microsoft’s most recent version of the bear and bird, it seems like the Sora Ltd. team based his Smash Bros. Ultimate appearance on the official renders released for promotional material back in 1998. 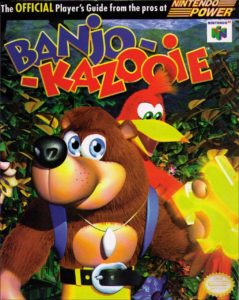 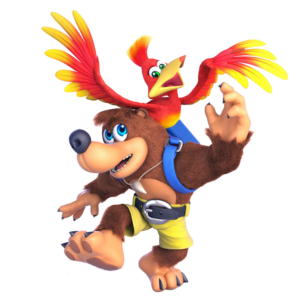 It’s here that a lot of the core ideas about his design were established. For instance, Banjo has three holes on his belt and has it buckled through the middle one. The rest of the belt hangs loose. This detail isn’t featured in the game itself, nor is it present in Banjo-Kazooie: Nuts & Bolts. Instead of seeing how the character had been redesigned for its Xbox appearances, the Super Smash Bros. Ultimate team went back to Nintendo Power Magazine for all the reference images they needed on the duo.

Due to the recency of Dragon Quest XI, the Luminary’s character model is the closest to the original game. Of course, they opted to use his full-size appearance in the upcoming Dragon Quest XI S Definitive Edition rather than his 3DS appearance. Although it’s worth noting that each of the Dragon Quest Heroes have different swords that are iconic to each of their games. For instance, whilst his sword appears similar to the Dragon Quest III protagonist’s Sword of Light, the Luminary wields his own personal Sword of Light that he acquires during the story.

Everything from the way he ties his belt to the details in his clothes has been lovingly rendered. The only major distinction between Smash Bros. and the original Dragon Quest XI is the outlines. DQXI has thick outlines on the characters, making them stand out boldly within the world they inhabit. However, since Smash Bros. has its own way of making characters stand out, they weren’t needed in this version.

Although the Luminary can easily be recreated from the model in-game, that isn’t true for the rest of the Dragon Quest Heroes. For these adventurers, the Smash Bros. team would have had to research into Akira Toriyama’s designs for the series to get an idea of all the details that the games couldn’t render. Dragon Quest VIII first released on the Playstation 2 in 2004 before receiving a 3DS release in 2015.

The Hero’s look is pretty distinctive, but it’s clear that the team looked into Toriyama’s art to get an idea of how his tunic was made and how he wears his various bags and satchels. The Smash Bros. team also decided to have him wield the Dragovian King Sword, the ultimate sword of DQVIII.

There were 14 years between the releases of Dragon Quest IV and VIII and a whole lot more design challenges that came with it. For starters, the original game featured nothing more than basic sprites. Dragon Quest IV was also one of the few releases that let the protagonist choose their gender, meaning that the Super Smash Bros. team needed to decide which version of the Hero to represent.

This was made easier by subsequent releases, such as the PlayStation 1 remake of the game which gave a better impression of the character and Akira Toriyama’s art, which showed all the details of the Zenithian Sword and equipment that he wears. This original illustration has been used as a basis for the character’s future appearances. All the designers working on Super Smash Bros. Ultimate needed to do was recreate him with all the small details and textures of his outfit.

Dragon Quest III is commonly regarded as the most iconic of the series, with its highly anticipated release being so popular that Square has vowed to never release a Dragon Quest main series game on a weekday again. Over a million copies were reportedly sold in just one day and there were apparently almost 300 arrests made for the school kids who had skipped class to buy the game. The character of Erdrick, the Hero of Dragon Quest III along with the slime are the most iconic figures for the series.

The Hero’s original form was very different from what we now think of as Erdrick. Whilst the outfit in Akira Toriyama’s drawings has remained fairly consistent (with a bit of confusion over whether the jewel in his headpiece is blue or green), the original NES version showed the character as a young boy. This was changed for the SNES version, where he was reimagined as an adult. 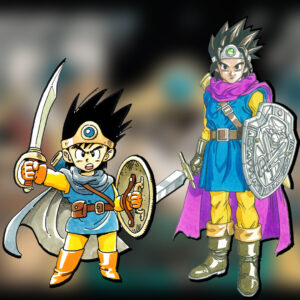 His appearance in Smash Bros. follows the ideas of the SNES version, which have since been turned into figures and other merchandise. The one notable new feature (outside of seams and smaller details) are leather belts around each of his arms. These also appeared on his character in the game Dragon Quest: Monster Battle Road Victory, so it appears the Smash Bros. design team paid close attention to the newer iterations of his character.

I’m looking forward to seeing what awaits us in the final two slots of the Super Smash Bros. Ultimate Fighter’s Pass. Hopefully, we will see more classic characters and be able to detail the design histories of more iconic figures in video games.