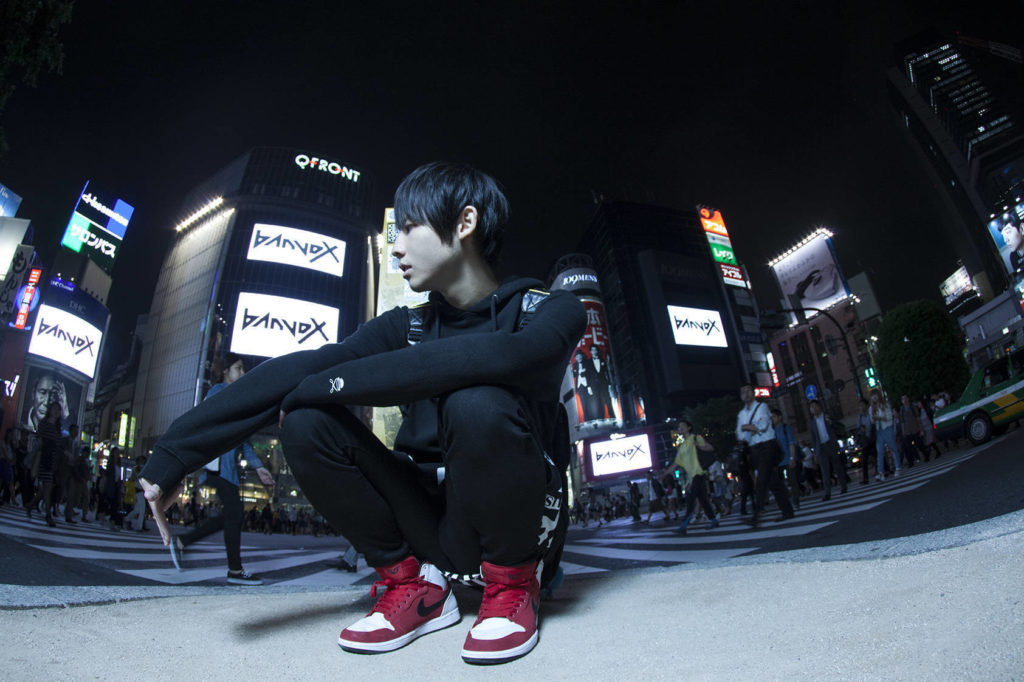 Banvox is a Producer and DJ from Tokyo, Japan famous for his original music productions and appearances at EDM festivals throughout the year. He’s performed with Skrillex in Kyoto, as well as major EDM festivals in Korea, Europe and all over Japan. International fans may recognize him from his remixes of anime, video games, and commercial soundtracks.

Banvox has been making a name for himself in the music world ever since his first debut in 2010. After dedicating himself to his first year of composing music, he added over 450 songs under his belt. (Most of which could be found on his Soundcloud account.

He made his first big release from Records with Lost Times Beats that year. Only a few months later he put out his mini-album “Intense Electro Disco” with Maltine Records. A year after that, he made “INSTINCT DAZZLING STARLIGHT EP” released by “Surfer Rosa Records.” Since that time he has become a celebrated DJ in Japan as well playing at Ultra Japan and venues such as Tokyo’s WOMB & AgeHA. He’s also appeared in the United States several times performing at events such as Anime Central’s yearly SYNERGY party and Anime Expo’s inaugural NEON DISTRICT festival event.

In 2015 Banvox made his major label debut with Warner Music Japan. On the digital charts, His song “Watch Me” received a triple crown and his song “SUMMER” was an international hit. In 2019 he released his most recent album, “Sellout”, with Atlantic Records to critical acclaim amongst listeners worldwide.

If you’re interested in Banvox’s physical origins, they’re equally as interesting. In his youth, he did some moving around before finding his true calling.

Banvox was born in Hyogo Prefecture and partially grew up in the Okayama Prefecture and later, the Kagawa Prefecture. He attended a joint Middle School and High School but dropped out when he was a teenager. He moved to Tokyo because of his family and re-entered a high school in Tokyo.

During his late teen years, he put his love of music on the back burner to focus on school. (So to those of you reading this that currently have one of your passions on hold, it’s not too late! You can always return to your dreams!)

Banvox’s youth was heavily influenced by music. His mother listened to jazz and opera a lot when he was a child. He also spent a lot of time emersed in EDM, Dubstep and French Electro. In an interview with Tokyo Otaku Mode, Banvox shares the story of how he began his musical career as an adolescent.

“The truth is that the reason I started making music was that in 2010, I couldn’t find a reason to be alive. Honestly, I thought it’d be fine if I died. But for some reason at that time I thought, ‘If I do die, I want to leave something for my parents.’ The only thing that occurred to me to leave with that motivation was music. I stayed in my room for half a year with just my PC and music software. I really liked hip hop, so I started trying to make hip hop tracks at first. Now I just make whatever music I feel like making at the time without worrying about genres.”

Banvox has collaborated with or remixed major electronic music artists in Japan including HANABI, and Teddyloid. He has joined forces with Yasutaka Nakata a number of times, including Banvox’s own remix of Nakata’s famous “NANIMONO” as well as being featured on the song “Level Up” on Nakata’s first solo album, Digital Native.

Banvox has also joined the ranks of DJs to remix music by the notable group m-flo on their album BACK2THEFUTURETHEALBUM where he reworked the internationally revered song “miss you” from their 3rd album, Astromantic.

Banvox has worked on a ton of different projects all the way from commercials to anime. He worked with both Sony’s PS4 and Toyota to add music to their advertisements. His song “Watch Me” was used in a Google Android TV Commercial.
Banvox also joined a number of DJs that ventured to ATLUS’ world of Persona 4 by remixing the song “Best Friends” on the soundtrack for Persona 4: Dancing All Night. His song “SUMMER” was also featured in Konami’s beatmania IIDX DJ simulation series as well.
In 2019, Banvox’s work can also be heard in the anime Carole & Tuesday. He producers a song, “Take Me Now” that is performed by a supporting DJ character named DJ Ertegun.

If you want to join the over 417k (according to his 2019 Spotify Wrapped statistics) other music fans who have enjoyed his music, you can find him on Spotify, Soundcloud, and Apple Music. If you’re already a follower of his career, you can also check out his social media on Twitter and Instagram.