Baoh is Somehow Filled with Heavy Gore and Slapstick Comedy 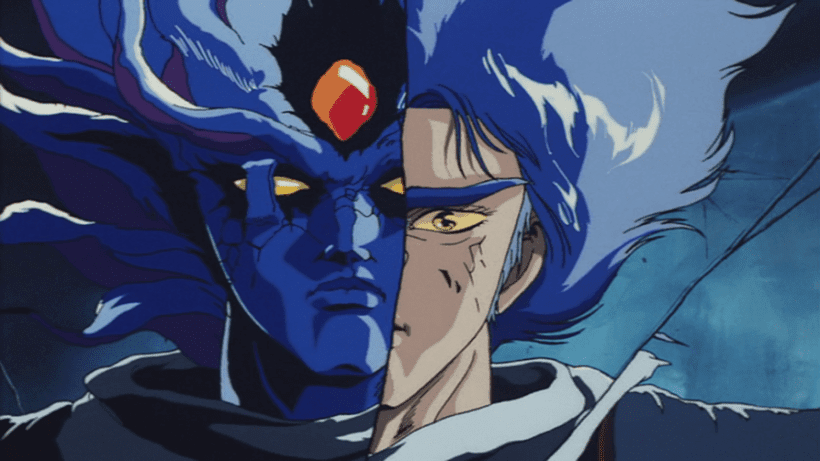 There are countless series that are simply lost to time, even if they managed to get a western release. For most of them, the company responsible for distributing them has long since gone out of business, and copies are nearly impossible to track down. This is especially true of brief OVA series, and in the case of Baoh, it was one single episode. Of course it faded away into obscurity.

The real question here is, ‘why was this OVA even released in the west at all? There were so many promising series that were skipped over, why did this merit a DVD release over a decade after it came out in Japan?’ After all, the manga was released by Viz Media in 1990, and it sold terribly.

None of it makes any sense, and that probably adds to the mystique of Baoh as a whole. If you’re like me, and you love tracking down weird and obscure pieces of anime history, this will be a huge prize for you.

Baoh follows Ikuro Hashizawa, a 17-year-old without many memories of his past. Kidnapped and experimented upon, he is turned into a ‘Baoh’, a humanoid weapon with incredible strength and mysterious abilities. These include the ability to shoot powerful acid from his hands and firing needles from his hair.

The Doress Laboratory is responsible for these ‘upgrades’, and Dr. Kasuminome is the lead scientist, responsible for the original creation of the Baoh parasite. Over time, this parasite will dig deeper and deeper into Hashizawa’s brain, eventually turning him into a mindless killing machine.

This, of course, is something our protagonist would like to avoid. Over the series, he is fiercely protective of Sumire, a young psychic girl who has also been taken by the Doress Laboratory.

Dr. Kasuminome wished to create the ultimate soldier, but in doing so, his own experiment went far out of control. Baoh tells the story of the assassins and beasts sent after Hashizawa in an attempt to stop the Baoh parasite from infecting anyone else, and slowly spreading throughout the world.

So, what’s the deal with Baoh? It was poorly received, yet got a US release. What was the logic behind this decision, if audiences weren’t clamoring for it? Here’s a hint: Ikuro Hashizawa was a DLC character in JoJo’s Bizarre Adventure: All Star Battle for the Playstation 3.

The most simple reason I can give for Baoh’s retroactive popularity is it’s author. 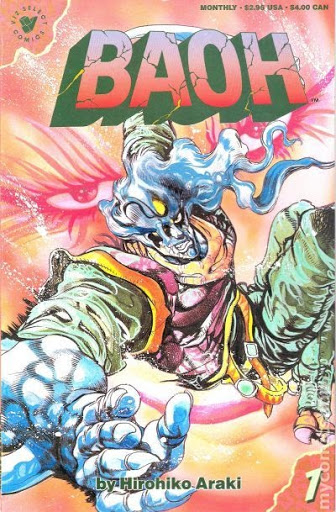 Hirohiko Araki, most popular for the JoJo’s Bizarre Adventure series, penned the original Baoh manga between 1984 and 1985, a few years before JoJo began. Chapters were serialized in Weekly Shonen Jump, which needs no introduction.

The manga series ran for 17 chapters, and was compiled in two volumes. These compiled volumes weren’t released in the west until 1995 due to poor reception.

Though Araki had published a few series prior to Baoh, such as Outlaw Man and Say Hi to Virginia, Baoh was the first of his works to be over-the-top violent and filled with obscenities. I guess we should be thankful for this brief entry to the Shonen Jump lineup for shaping his style and making JoJo’s outlandish antics possible.

Studio Pierrot did the Baoh OVA

In 1989, a brief 48-minute Baoh OVA was released in Japan. Studio Pierrot, legitimately my favorite anime studio, created the work, and while I’d like to spend this time lamenting their decision to take on the project, the OVA isn’t terrible. I mean, it is, in terms of the amount of freeze-frames during the action sequences and the predictability of the story, but, hey, at least it’s short.

Despite the short runtime, Baoh manages to fit in plenty of gratuitous violence sprinkled with goofy jokes and painful-to-watch animal cruelty. It’s over-the-top, for sure, but that’s proven to be Araki’s style.

Studio Pierrot, I’ll mention, is the company responsible for bringing us Yu Yu Hakusho, Bleach and Saiyuki, so the animation is, at least, decent. I’m curious to hear what viewers think about this, so tell us your thoughts in the Otaquest Discord channel if you manage to track down a copy.

Where to Read the Baoh Manga Series and Watch the OVA

The Baoh manga series is available for purchase on Amazon, though copies are used and oftentimes a little ragged. The risk, however, might be worth the reward. If you liked Jojo and you’re a fan of extreme violence and swearing, well, this is the series for you. 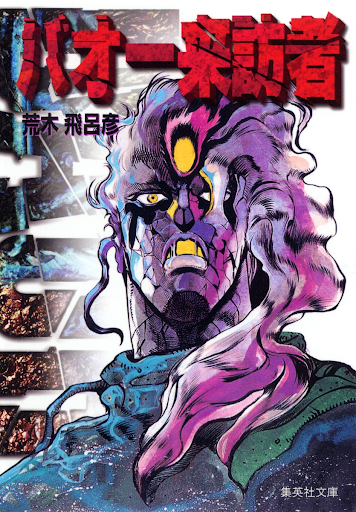 The OVA may not be streaming on any legal channels, but a DVD version does exist! Rejoice! Except it’s over $150. I won’t tell you where to spend your money, but that sounds a little extreme to me, but for fans of Araki’s work, this might be display-worthy at the very least.