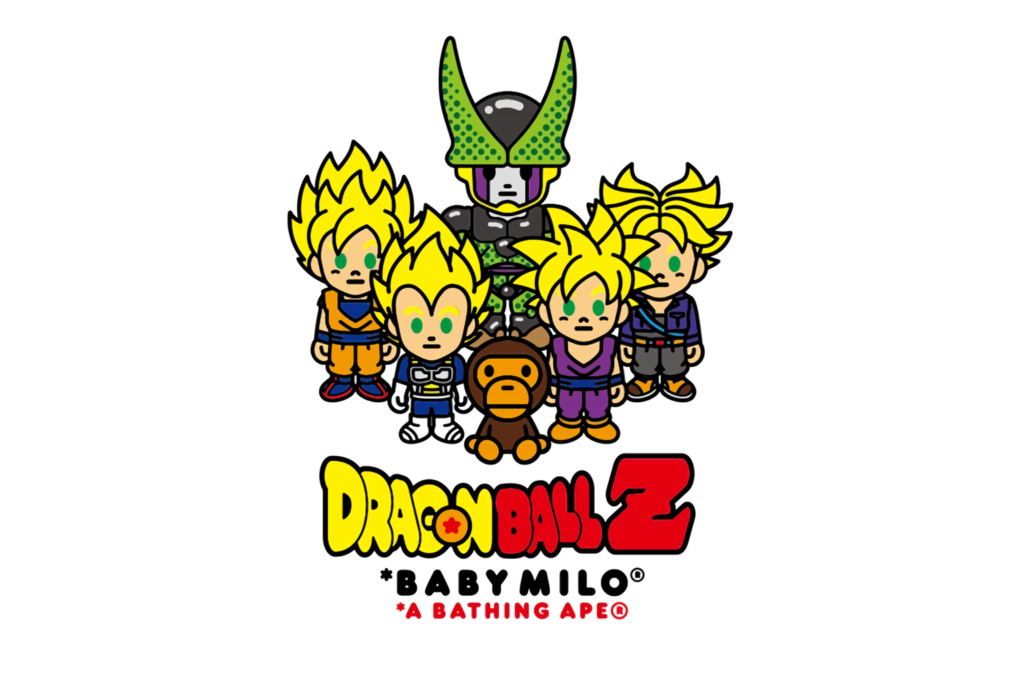 The collaboration has a huge number of offerings ranging from denim jackets, hoodies, and t-shirts. Each of the products will have the Dragon Ball Z characters in the BABY MILO® style of art. There is even the traditional BAPE Big Head Ape design filled with Dragon Ball Z characters as well as the classic APE SHALL NOT KILL APE tag line shirt being offered as part of the collaboration. 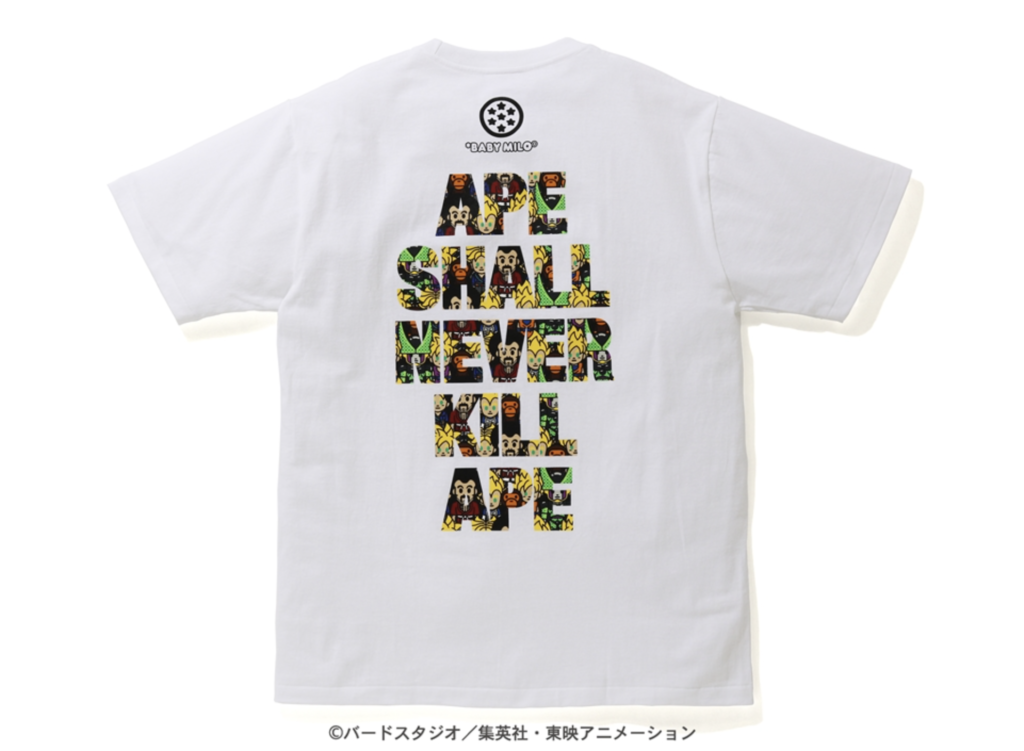 I’m not normally one for high-street-fashion, but I love me some Dragon Ball Z. I might just have to hunker down and purchase one of the Big Head Ape shirts or sweatshirts. The design on them is just so iconic both on the BAPE side and the Dragon Ball Z side, I can totally imagine myself wearing something like that.

The BAPE® × DRAGON BALL Z goes on sale starting June 27th at all of the locations I have listed above. As with all international purchases, you’re likely going to need to use a proxy to get some of these in your hands. You’re likely also going to need to have some pretty quick fingers as collaboration lines like these, especially ones from BAPE tend to sell out in an instant. If you’re unable to get them at the launch, you’re likely looking to pay a pretty penny to be part of the festivities.