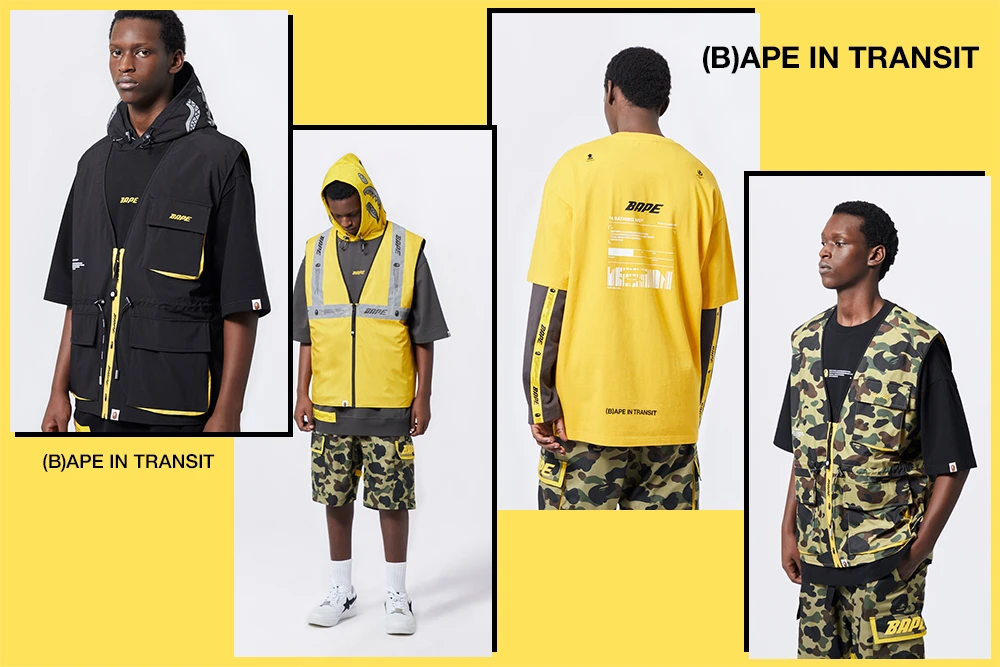 Japanese streetwear brand A Bathing Ape (BAPE) announced the launch of the brand’s first industrial-style collection. Inspired by the concept of transportation and the notion of being in transit, the new collection was appropriately named (B)APE IN TRANSIT.

The first release of the (B)APE IN TRANSIT capsule consists of three styles of tees, two styles of reversible utility vests, and two styles of shorts. The additional pieces set to drop this fall are being teased in the newest lookbook on the BAPE website. Each piece features an oversized silhouette with bright yellow accents alongside a combination of the iconic BAPE camo, APE HEAD logo, and shark graphics. The color-scheme for the entire collection is primarily grey, black, white, and camo.

To go with the transit theme, BAPE has pulled inspiration from traffic safety vests using nylon, 3M reflective elements, and barcode designs. The brand has also given the collection an tactical vibe with the inclusion of utility vests and shorts that feature practical, multi-pocket designs—with the military aesthetic being re-enforced by the use of the camo print.

(B)APE IN TRANSIT marks a clear departure from the neutral, minimalist, and almost preppy style of the “b” COLLECTION released at the store-in-store collaboration with COMME des GARÇON earlier this year. 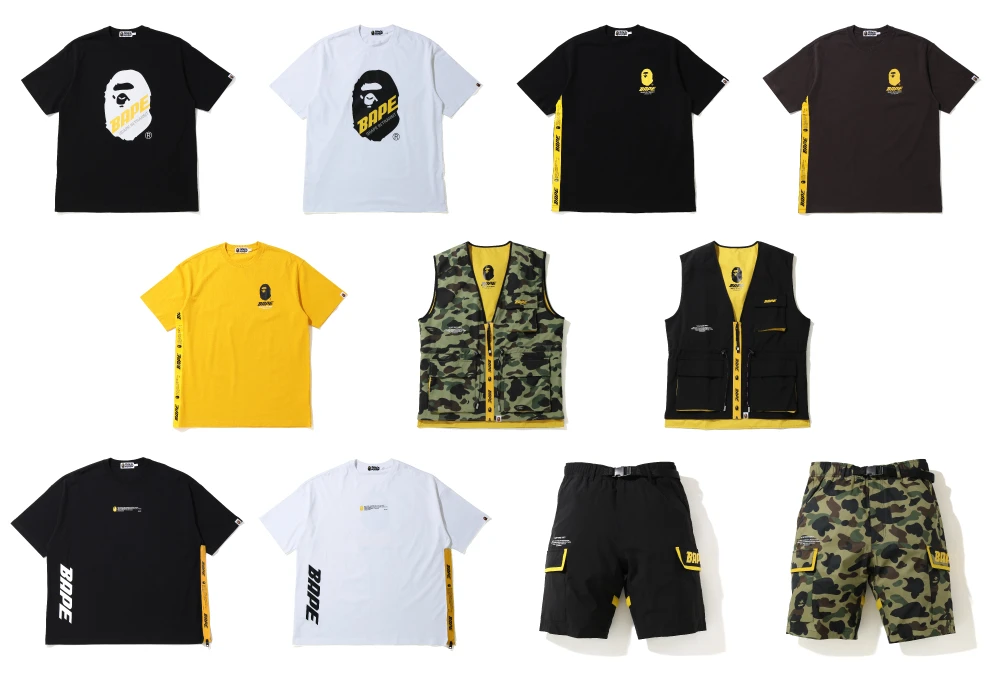 The first items will drop online at BAPE.com on Friday, June 12th. They will be available at A BATHING APE locations the following day, on June 13th. Additional pieces featured in the (B)APE IN TRANSIT lookbook will be available beginning in October.

Living With A Bathing Ape