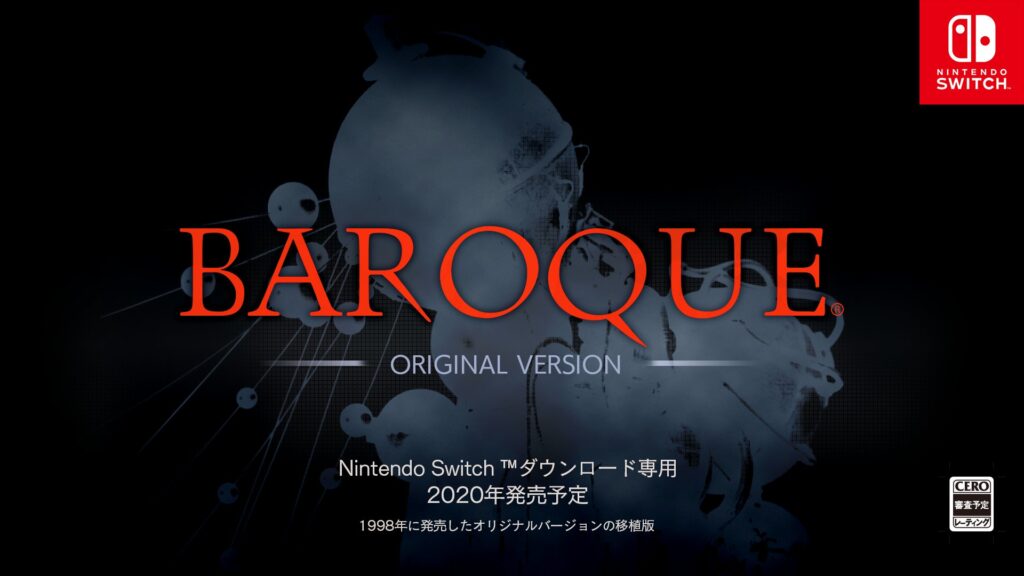 The Nintendo Switch has been a boon for not only lifelong Nintendo lovers but classic game aficionados as well! It’s not like the Switch has every rare game ever made on it but it’s curated collection of treasures and rarities have made it an attractive platform for retro gamers. Within the last 24 hours alone Nintendo announced they’d be releasing the original Fire Emblem on the Switch, marking its first official release in the west. Other fan-favorite oldies like Monster Rancher and Grandia have made long-awaited comebacks on the system too! Now the Sega Saturn cult classic Baroque comes to the Nintendo Switch in Japan on November 12.

This iteration of Baroque comes with the subtitle ‘Original Version’ to delineate that this is the Sega Saturn / Playstation One version and not the PS2 remake. It’s a hardcore atmospheric dungeon crawler mixing detailed sprites and a first-person perspective for an immersive experience that actually puts the Role Playing back into RPG. As JRPGs are want to have stories that bend and contort reality, Baroque is a tale of secrets orders and Absolute Gods, and things called consciousness orbs. Of course, your player character has amnesia as he traverses across this metaphysical world of sin and purification.

A plot like Baroque’s certainly invokes another JRPG franchise that’s also set to make a big return to the Nintendo Switch; Shin Megami Sensei. While neither SMT 3 or SMT 5 won’t come out in America next year, those in Japan will be able to play Nocturne on their Switch starting next week. Once your the hardcore gaming Otaku of Japan plow through that, Baroque will be waiting for them when it releases in the middle of November. Unfortunately unlike Nocturne, it’s only coming to Japan at this time but we can hope, can’t we?