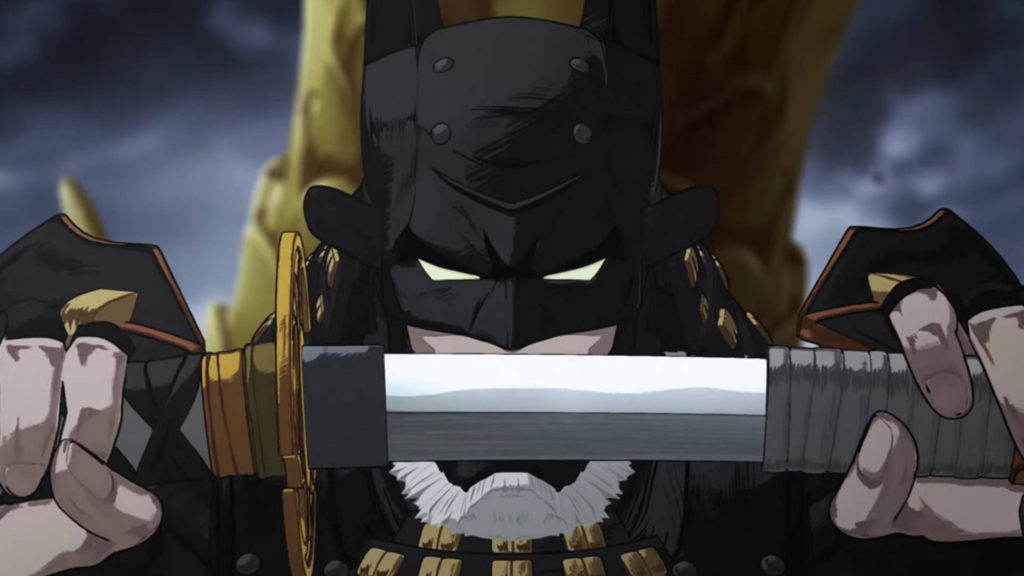 Everyone’s been calling me the most powerful man in Japan. The Demon King, Lord Joker!

Honestly, this is a line I would have never expected to be uttered at any point in human existence, but here we are in 2018 and Batman Ninja is definitely a thing that is happening, and is right on track for May 8 release. Warner Bros. Home Entertainment has uploaded the Batman Ninja trailer with our first preview of the English dub, and the cast is littered with the exact people you’d want to hear in a new Batman animated work. Check out the trailer below.

Roger Craig Smith, who also voiced The Dark Knight in the Batman: Arkham Origins video game is reprising his role. Tony Hale is onboard to play the Joker. The rest of the cast is rounded out with  Grey Griffin as Catwoman, Tara Strong as Harley Quinn and Poison Ivy, Fred Tatasciore as Gorilla Grodd and Deathstroke, Yuri Lowenthal as Robin, Adam Croasdell as Nightwing and Alfred, Will Friedle as Red Robin and Red Hood, Tom Kenny as Penguin, and Eric Bauza as Two-Face.

Warner Bros. has stated quite plainly that the English script was re-written for release outside of Japan. It will be handled by Leo Chu and Eric Garcia, who also had a large role in the production of Afro Samurai. This is fascinating to me, considering that the story is set in Sengoku Era Japan. If individual aspects of a story revolving around a katana-wielding, jiu-jitsu-employing, tea-sipping Batman need to be tweaked for an international audience, I am very eager to compare any possible differences.

A fascinating cross-cultural project has reared its head once again, and amidst all the flash I’m hoping for a triumph. The direct-to-video release will be launching on May 8 on Blu-ray and DVD, so there’s not much longer now.

Batman Ninja takes a journey across the ages as Gorilla Grodd’s time displacement machine transports many of Batman’s worst enemies to feudal Japan – along with the Dark Knight and a few of his allies. The villains take over the forms of the feudal lords that rule the divided land, with the Joker taking the lead among the warring factions. As his traditional high-tech weaponry is exhausted almost immediately, Batman must rely on his intellect and his allies – including Catwoman and the extended Bat-family – to restore order to the land, and return to present-day Gotham City.

Sound & Fury Is The Type Of Crossover We Need