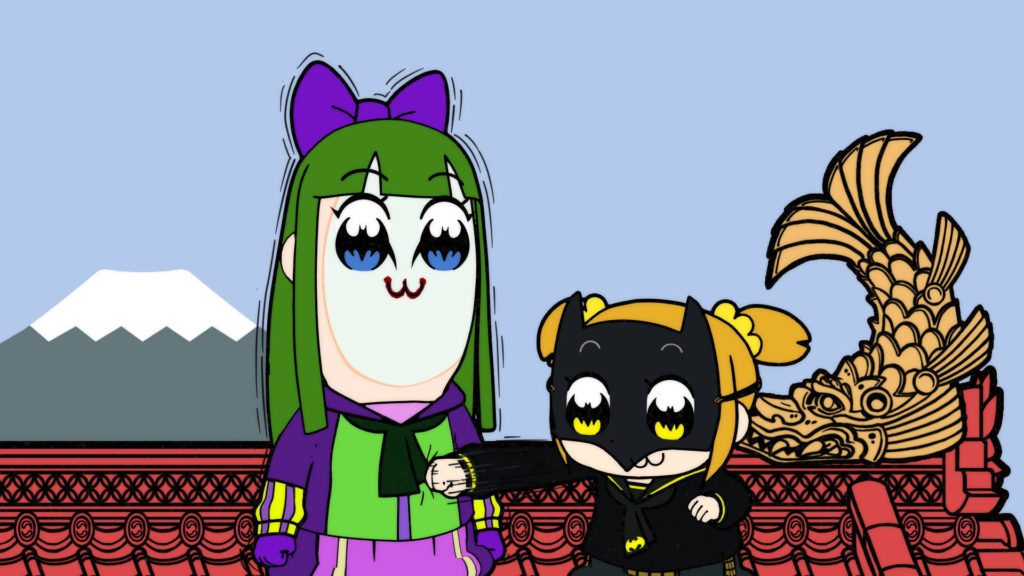 Are you upset? Because we sure aren’t. Warner Bros. Japan has just uploaded a new CM for the upcoming Batman Ninja anime film ahead of its June 15 release featuring Pop Team Epic’s own Popuko and Pipimi. The CM is a callback to the classic “Are you upset? I’m not upset.” skit from both the original manga and anime adaptation of Pop Team Epic, featuring Popuko as the Dark Knight and Pipimi as Joker. Trying to figure out just how this would look? Well, check out the video below:

Yeah, that was definitely something.

Wondering how this came to be a thing that’s actually happening? Well, you might recall the Pop Team Epic anime was in part animated by the team at Kamikaze Douga, well they also happen to be the same people handling the Batman Ninja film that’s coming out on June 15 in Japan. It’d be pretty reasonable to assume that, with the adequate permissions from King Records and Warner Bros. Japan, all they had to do was re-texture their 3D models and boom — we’re left with… this.

It’s definitely worth noting as well that during Warner Japan’s stage show at AnimeJapan, they went on to share that there will also be Nendoroid made for the Pop Team Epic x Batman Ninja characters.

If you’re interested in checking out further information about the upcoming film, be sure to check out our full archive, here.