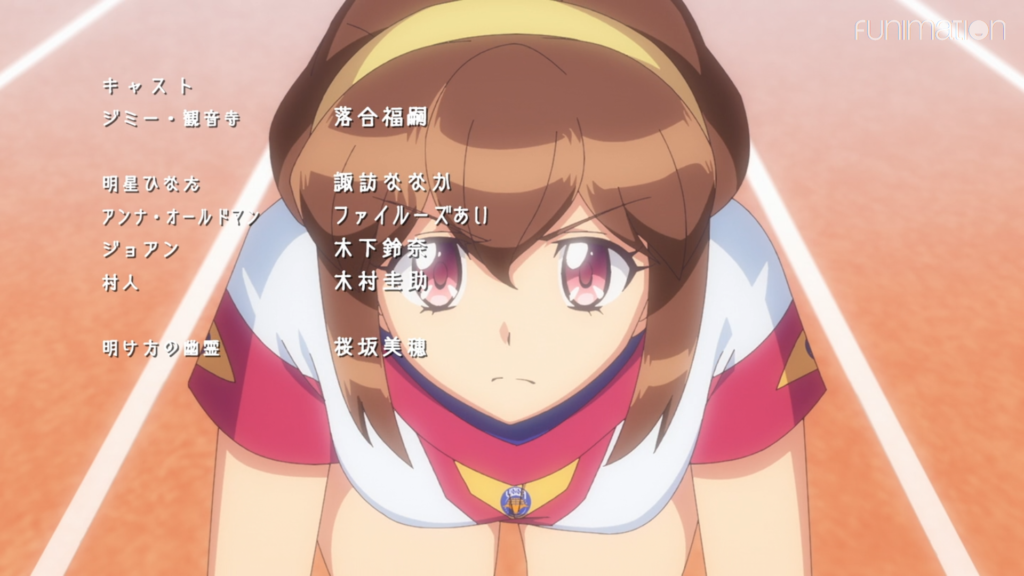 Sequels, remakes, and re-imaginings have long since become the norm across the entire narrative-media spectrum, least of all the world of anime. For years now, the most highly anticipated films and games have been new installments and re-packagings (just look towards The Snyder Cut commotion to get an example), opposed to original stories.

While this trend doesn’t portend originality, and an increasing amount of fans across all media have finally begun to vocalize rehash-fatigue, we don’t see it going away soon.

To be fair, despite the trend having more downsides than ups, that doesn’t mean every remake’s bad. Many fans prefer Fullmetal Alchemist: Brotherhood to the original anime (though many of us don’t), and just this season the new Shaman King’s off to a great start. Those two series getting new versions made a degree of sense, with their originals both very popular and never completely adapted before.

Why someone decided to adapt Battle Athletes Victory, however, eludes us.

Discotek Media did recently see fit to re-release the original OVA and TV reimagining, but anime-fandom would be a completely different place if the shows Discotek tends to license were regularly remade.

Animation studio AIC, who created the entire Battle Athletes series back in the day, has been known to routinely pump life-giving elixir into the corpse of 90s darling Tenchi Muyo!, with nobody after 2005 at the latest ever asking for more. AIC saying ‘hey why don’t we try this with something else’ is the only precedent we can think of for an anime title this obscure getting 2021 remake juice.

The episode’s opening shot does portray the air-headed but good-hearted series-protagonist (and stop us if you’ve ever seen a character like that before), Akari Kanzaki about to launch a sprint down a track, but then the rest of the episode takes place before said event.

Turns out she’s a girl from the hicks who gets the idea to compete in this series of intergalactic athletic races and the likes, after a mysterious girl who survived a UFO-crash in Akari’s family’s potato fields told her to do just that. We swear the first episode offers up no explanation as to why Akari Kanzaki sets her sights on the Divine Grand Games, but that one sentence.

Much in the tradition of AIC’s 2010s era Tenchi Muyo OVA installments and spin-offs (at least going by what fare Battle Athletes Victory ReSTART! offers up), this reimagining won’t be winning swathes of new fans for athletes who battle. Since we have no easy way to put this, we’ll just be blunt: The show’s ugly, the pacing’s entirely shredded, and the script stinks!

While we were never going to return to the rather attractive 90s OVA stylings, what AIC offers in the place of the hand-painted original video animation (what gets remembered most fondly by its fans to begin with), calls back to the Digi-paint horrors of early 2000s shovelware anime. Despite being true to their original forms, the character designs have been zapped of any charm they once had via the overbearing dullness of the show’s flat color palette and the soulless eyes attached to them. Needless to say, nobody moves ‘too good’ either.

Even if you do get past the DVD-discount-bin animation, you’ll be left confronting the disorienting order of events Battle Athletes Victory ReSTART! Episode 1 puts its viewers through. You start out on a runner’s track, get transported to a potato field, all of the sudden a UFO crashes into it, then you end up at some space school dormitory for space athletes. All the explanation about what’s essentially an Olympics But For The Solar System comes through waves of unnaturally placed bits of dialogue spoken by underscript characters with all the movement of a 19th-century wooden puppet.

Railing so hard on the show feels a little bad, but it’s just so bewildering it exists at all, much less why the 2021 remake of 1997 lands us smack-dab in 2003.

You can watch Battle Athletes Victory ReSTART! on Funimation.