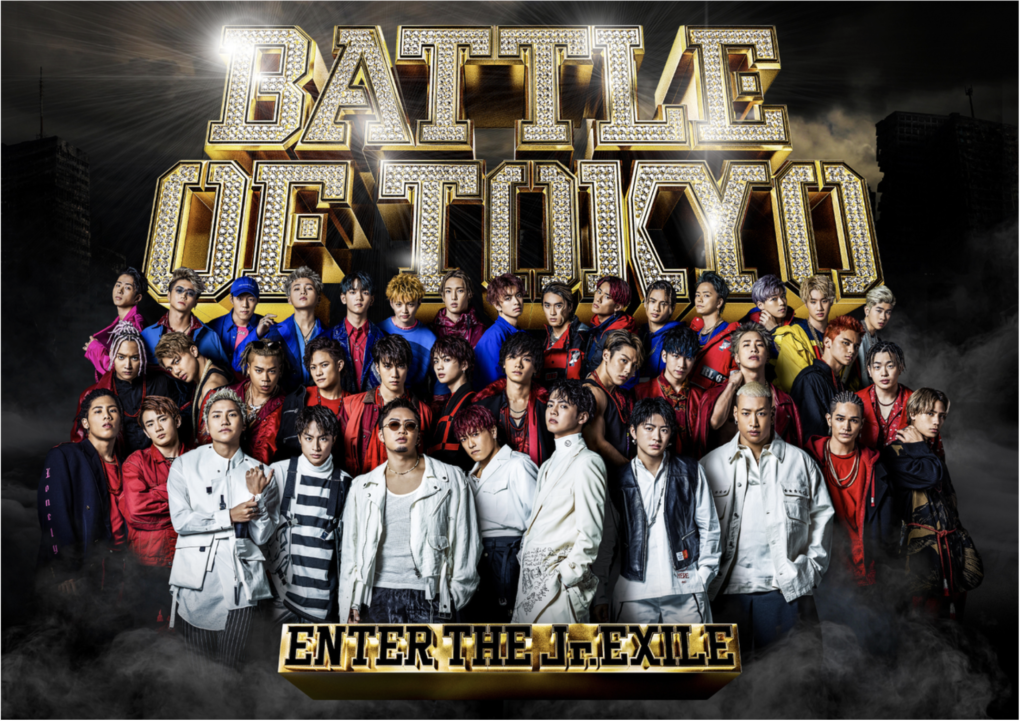 When it comes to Exile Tribe, ‘Tribe’ would definitely be a fitting descriptor for the group. A total of 6 groups containing dozens of members in total have been brought together for this ambitious but wildly successful collective, combining for many highly-successful live events over the years since their inception while still producing music under their own individual group brands. The upcoming ‘Battle of Tokyo ~Enter the Jr. Exile~’ project is the latest to come out of the supergroup, focusing on the Jr. Exile groups GENERATIONS, THE RAMPAGE, FANTASTICS, and BALLISTIK BOYZ, and, following its announcement in April of this year, has unveiled two more songs and more details about this new planned release from the supergroup.

The concept of the release sees the groups transported to both the real world Tokyo as well as a version of Tokyo which exists in parallel worlds and other universes in different dimensions. Through these places, the Jr. Exile groups battle it out in a place known as the Babylonium, a battleground connecting these dimensions where the groups are pitted against each other.

While the concept may sound rather over-the-top, the result is a cool and interesting set of new songs for the upcoming mini-album. Shoot it Out, one of the songs on the new release, takes place in Shin-Tokyo, whereas Shock the World takes place in the real Tokyo. With the release just under a month away at this point, music videos for both singles have been released to the public.

To touch on Shock the World first, after the setting for the video has been established, we get a rap-infused dance number with constant back and forth between the two groups that really helps to sell the concept of the release as being a battle between the groups. A strong hook for the song also ensures it sticks in your mind long after listening to it too.

While I could easily give a similar description for the other music video released in anticipation of this new album, Shoot it Out, to do so would see me unfairly disparaging this distinct and equally strong lead song for the release. I feel that the backing for this song keeps further in the background to allow the vocals to shine more, but to have me choose a favorite out of the two tracks released here would be a difficult task.

Battle of Tokyo ~Enter the Jr. Exile~ will release on July 3rd in CD, CD+DVD or BD as well as a CD+Photobook+DVD or BD versions, the BD in this case containing both these music videos mentioned here as well as more music videos made for the remaining songs on this release. For all it may veer wildly from the music I usually listen to, I feel there’s still something in this release for someone like me who enjoyed both of these songs, both from a musical perspective as well as technical perspective, with each music video wowing both with their effects and the talented dancing on display. The release will also coincide with a 4-day concert held at the Makuhari Messe on July 4th-7th, and details for both the mini-album and concerts can be found over at the official twitter account for the release.