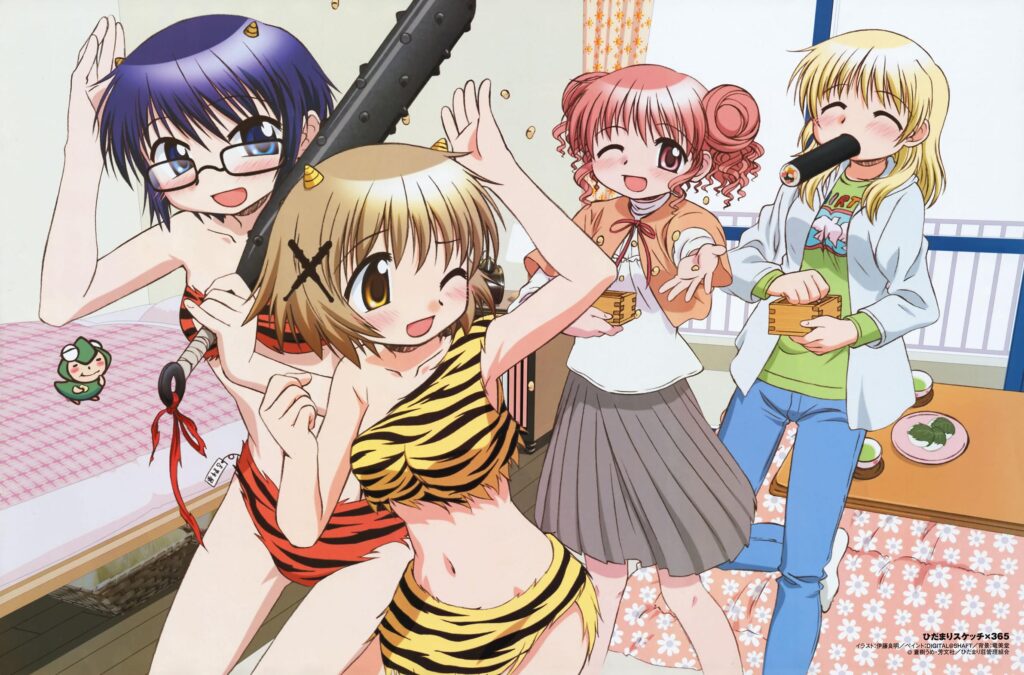 People talk about Japan being culturally unique, or just plain weird, and Setsubun is an event that helps give it that reputation. The Setsubun holiday has people throwing beans to drive out demons and it’s the throwing beans part that people get stuck on. (It’s not baked beans!) But let’s be honest: At the beginning of a new year, doesn’t it sound good to get rid of the literal and figurative demons of the past year? And throwing stuff is always fun, isn’t it?

Of course, there’s more to it than just that. Let’s take a look at the Setsubun and its traditions, and how this  unique Japanese holiday gets interpreted in pop culture.

The Basics of Setsubun

The Beans: Throwing beans is probably the most commonly depicted aspect of Setsubun. According to tradition, evil spirits can get into your home and bring misfortune. Throwing beans purifies a place and drives the demons out. The beans are dry, roasted soybeans known as fukumame. (Not to be confused with edamame.)

In a family with kids, dad will sometimes wear a mask and be the ‘demon’ that the rest of the family throw beans at. Some shrines will also have a public bean-throwing festival. These festivals will sometimes invite Hello Kitty, celebrities, famous sumo wrestlers, and more to throw beans. 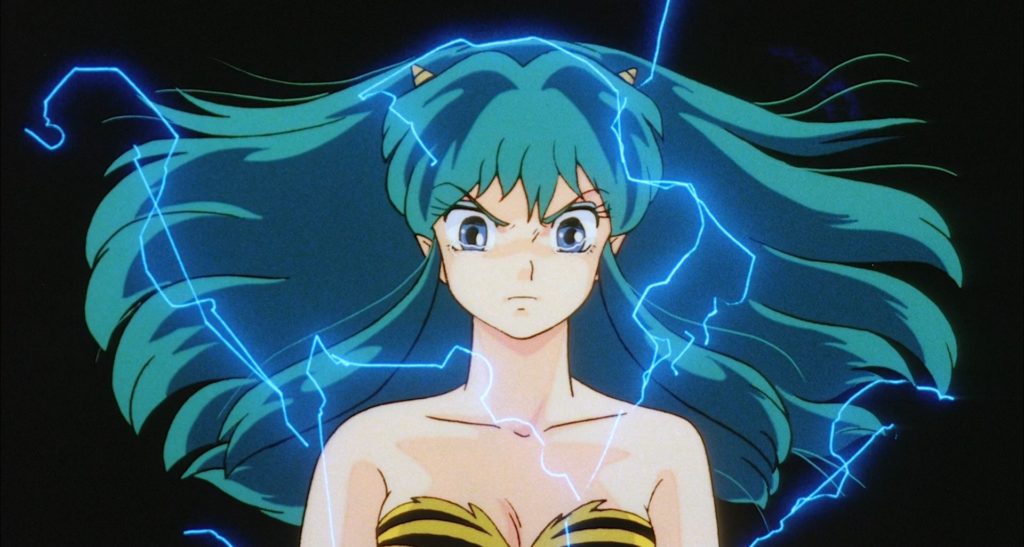 The Demons: Oni are the specific type of demon traditionally associated with Setsubun. These guys have horns, wear tiger-skin loincloth, are often red or blue, and carry clubs. Some depictions give them curly hair, or even afros. Lum from Urusei Yatsura is an oni (tiger-skin bikini, horns).

The ‘red or blue’ aspect even influenced Neon Genesis Evangelion: Asuka is red, Rei is blue. 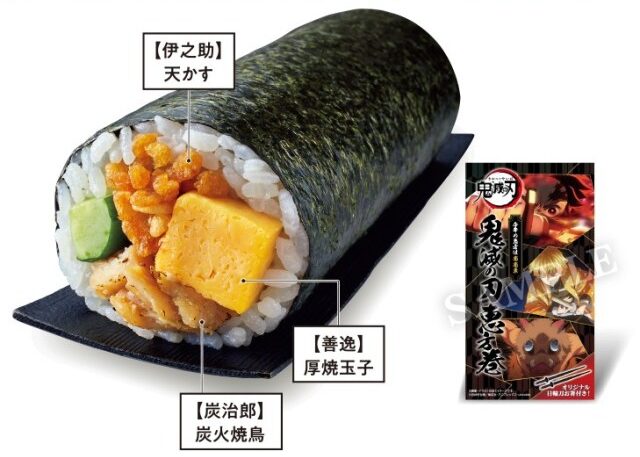 Food: Like any good holiday, there are also traditional Setsubun foods. These include ehomaki, a long norimaki sushi roll; and futomaki, which is similar. Swiss rolls and rolled cake sort of resemble ehomaki, so konbini and cafes will serve them as well. The roasted beans themselves are also edible, and some traditions say you should eat your age’s worth plus one.

Touhou Project: The video game franchise features Reimu Hakurei, a shrine maiden, along with lots of other girls representing various folkloric creatures, including oni. Naturally, the setting is perfect for Setsubun.

A lot of Touhou stuff is fan content. However, chapter 21 of the official ZUN and Aya Azuma manga Touhou Ibarakasan: Wild and Horned Hermit takes place during the holiday. It’s titled Onis Out, Stomachs In, a pun on the traditional ‘demons out, luck in!’ chant. It features competing Setsubun festivals, and demon girls who aren’t happy about the whole bean-throwing thing. 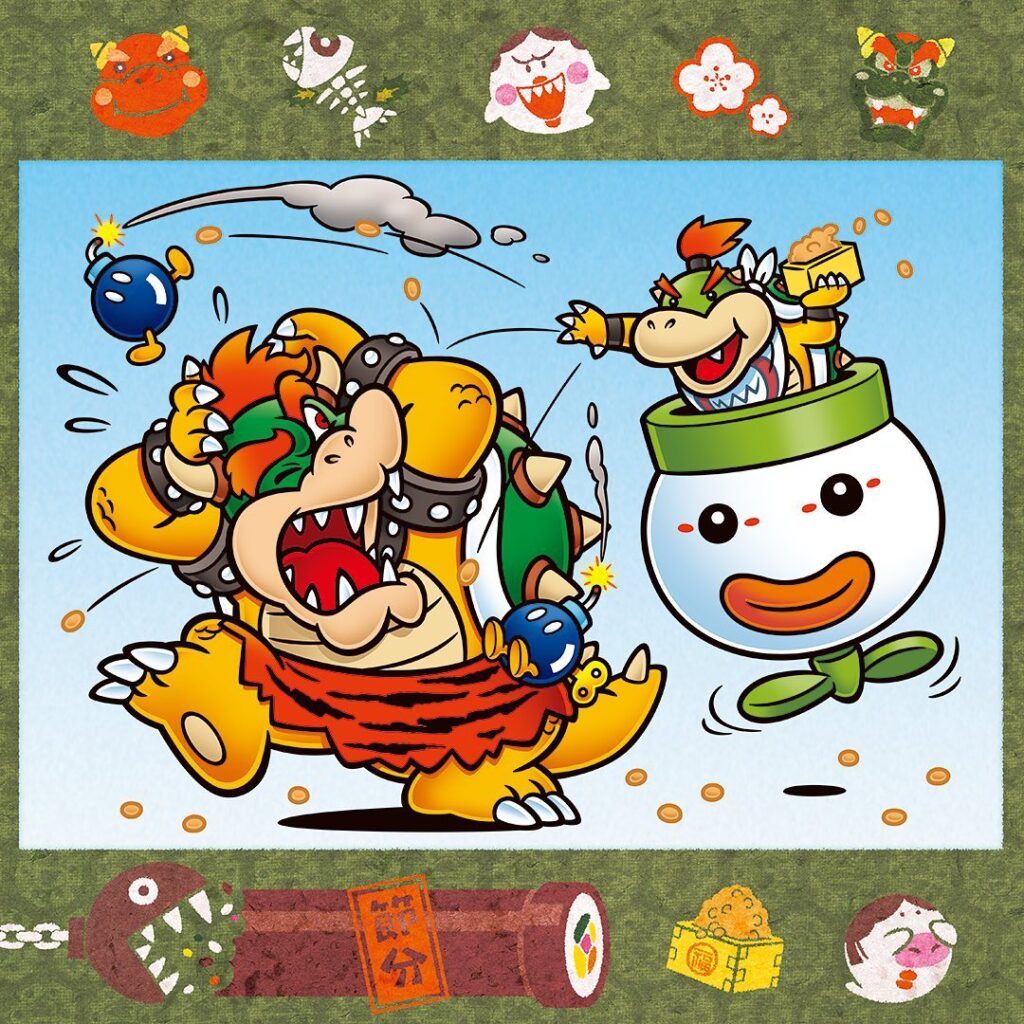 Nintendo: The Japanese video game giant seems to like Setsubun. Consider their Bowser oni mask from 2017. Or Bowser Jr. pelting his dad with beans in 2020. And don’t forget the various ‘Bean Day’ celebrations in Animal Crossing.

Haruhi Suzumiya: In the light novel The Intrigues of Haruhi Suzumiya, the SOS Brigade tosses beans down from an upper floor of the school. Of course, Haruhi’s ‘overenthusiastic throwing’ results in ‘shotgun blasts’ of beans hailing down. The Haruhi-chan manga features an even sillier parody of the holiday.

Other Fun Examples: Rock Lee, Ten Ten, and Neji dress up as oni in a Setsubun episode of Rock Lee and His Ninja Pals. The girls of Strike Witches: 501st Joint Fighter Wing Take Off! throw a lot of beans at each other in one episode. Of course, these are spin-off gag anime series, where silly stuff is more acceptable.

Even if Setsubun doesn’t fit into the theme of a series, you can still find official art used for seasonal promotions and games. For example, My Hero Academia had a Setsubun event in the mobile game Smash Tap. It included this cute image of Ochako, and this one of Tsuyu. Here’s Fairy Tail‘s Lucy as an oni, drawn by Hiro Mashima himself. Ufotable has had Demon Slayer: Kimetsu no Yaiba Setsubun events.

The main image for this article is a Setsubun-themed Hidamari Sketch x 365 illustration by Yoshiaki Itou. Note the oni outfits, beans, and mouthful of ehomaki. 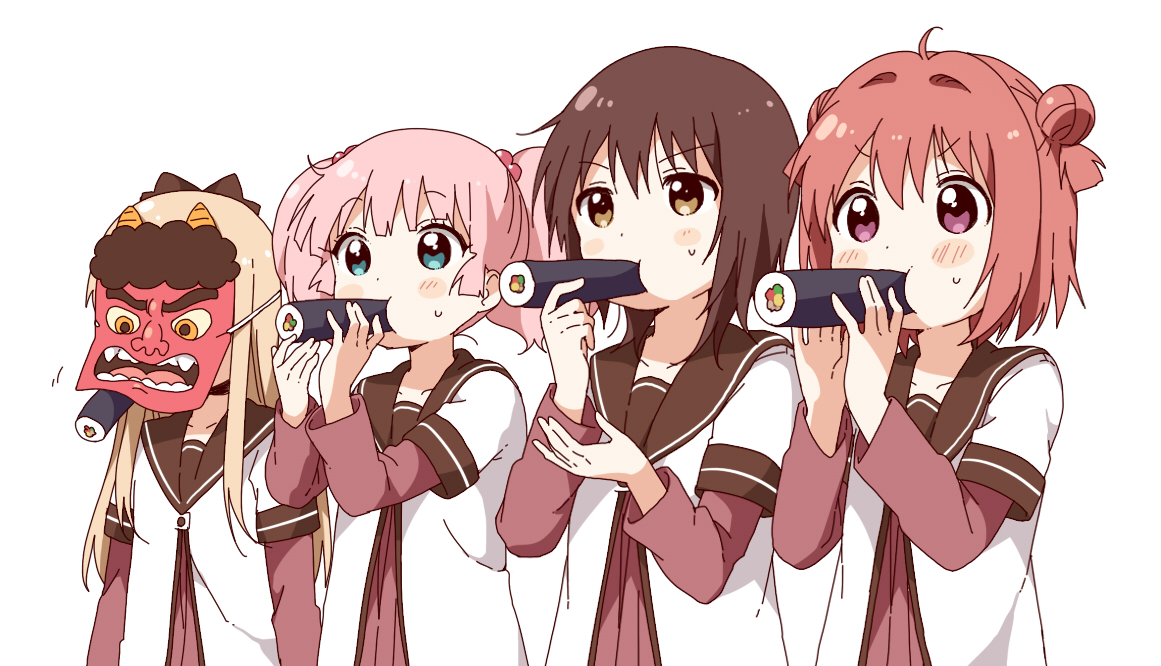 Setsubun is just one of the holidays that you can find in Japanese tradition. Anime and manga, being the cultural behemoth that they are, cannot help but borrow from these holidays for their themes and episodes. After all, it’s mostly a Japanese product aimed at Japanese people. But isn’t there something to be said about immersing yourself into another culture’s traditions? If you like Setsubun and you like Japanese geek and pop culture, there are other examples out there, now that you know what to look for.