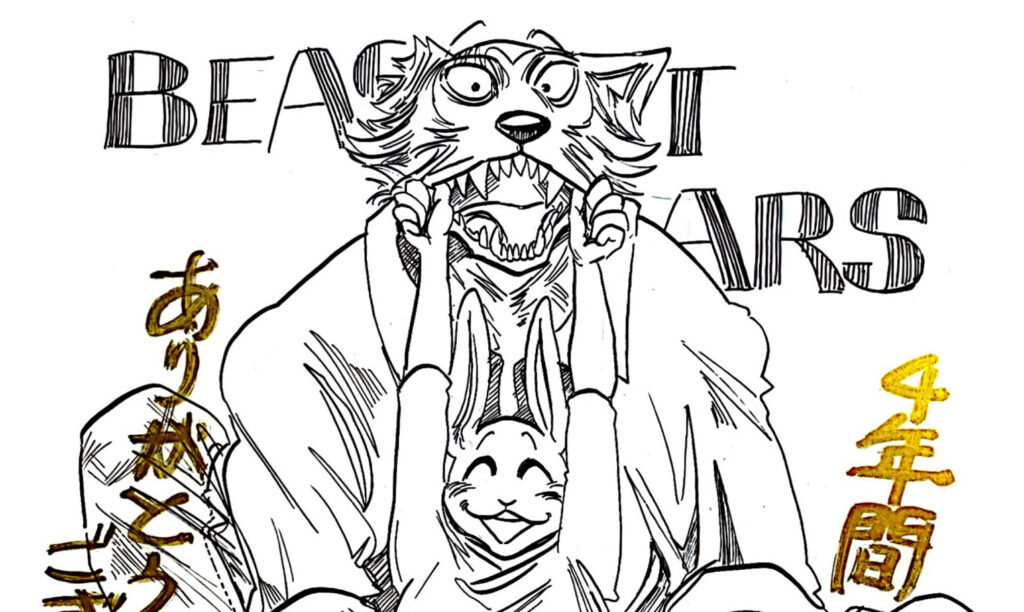 The conclusion of BEASTARS in this week’s Weekly Shonen Champion provoked mixed responses from fans. On the one hand, there are those glad that Paru Itagaki got to end the series in the way that she wanted, while others were a little disappointed that it didn’t go for longer. Nevertheless, there is hope yet, as BEASTARS’ ending brings with it the return of BEAST COMPLEX.

Announced in this week’s issue no. 45 of Weekly Shonen Champion, Paru Itagaki will be returning to the omnibus format of BEAST COMPLEX for a short time next January. Originally starting in 2016, BEAST COMPLEX was a collection of short stories set in the world of BEASTARS which served as a “prototype” for the future series. Each of the short stories touches on a different set of unlikely characters, exploring the relationship between herbivores and carnivores in much the same way that BEASTARS would go on to do.

The thought of Paru Itagaki returning to the omnibus format is an exciting one. Back when BEAST COMPLEX first started, the author was just a rookie, getting her start in the manga industry. Even so, the stories were great, and one can only imagine what kind of improvement four years of serialization will bring to the table. I’m expecting pretty drastic changes, so I can’t wait to read them as they come out.

What’s more, the return of BEAST COMPLEX seems to suggest that we might not be seeing the back of BEASTARS any time soon. As I speculated when the initial news that the series would be coming to an end in three chapters first came out, the end of BEASTARS does not necessarily have to mean the end: there is enough scope and imagination to this world that it could go on to be explored in a variety of ways. BEAST COMPLEX certainly offers the possibility to do that, albeit in a more restricted format.

BEAST COMPLEX will return in January of next year, alongside season 2 of BEASTARS.