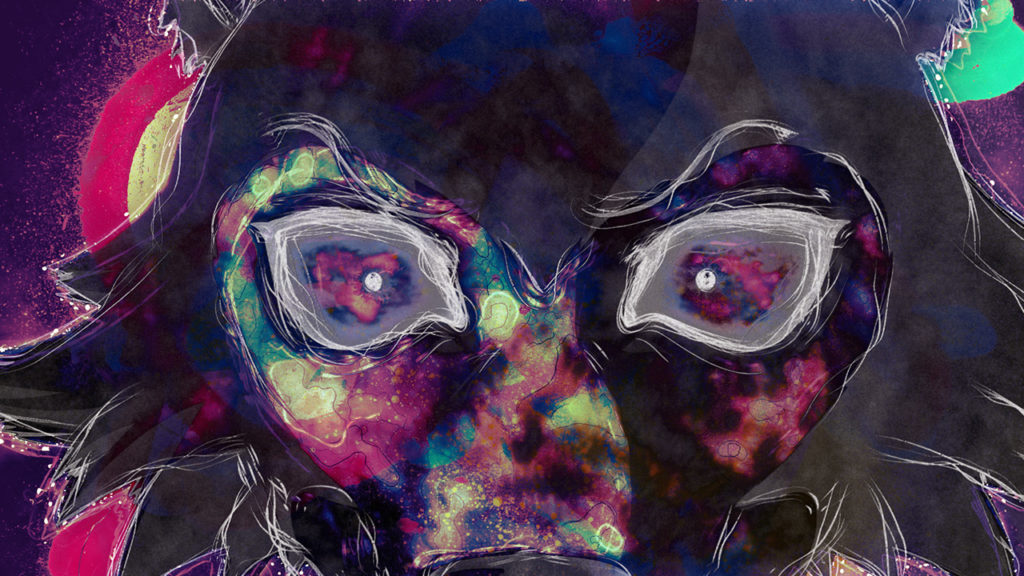 BEASTARS: Instinct, Self-Consciousness, and the Conflicts of Adolescence

‘That day, I encountered a small rabbit and my own instincts.’ The anime BEASTARS began with these words. The third-person perspective in the original manga was changed to become a first-person monologue in the anime. This is the direction that was decided on at the beginning of production for the BEASTARS anime.

BEASTARS takes place in a world where all kinds of animals live just as humans would. While the setting is somewhat similar to Disney’s Zootopia, they deal with two different themes. Zootopia focuses on discrimination and self-actualization, whereas BEASTARS focuses more on the conflict between instinct and self-consciousness. Paru Itagaki wrote the manga, while Studio Orange is overseeing production of the anime, which at the time of the writing has two seasons. 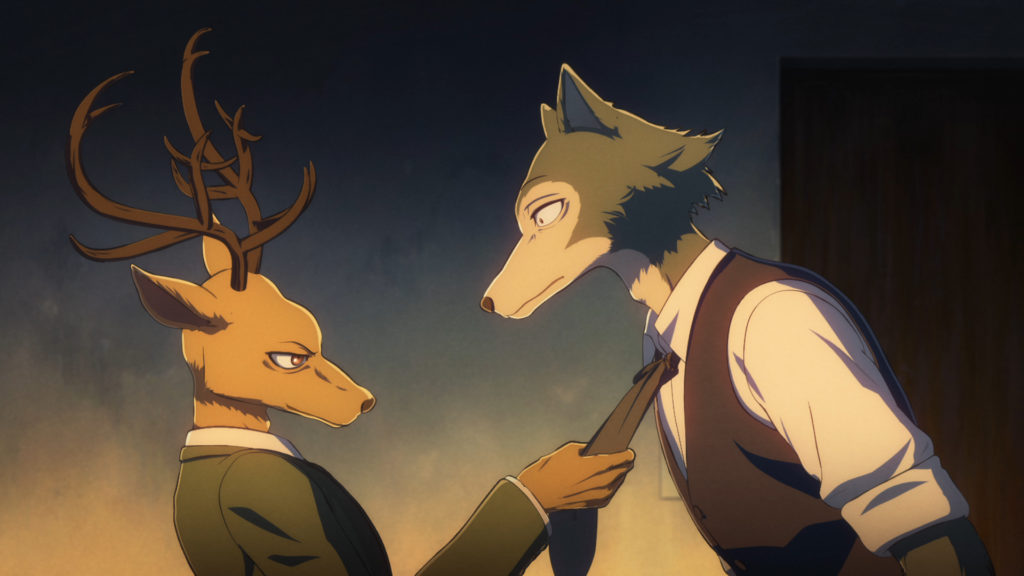 The protagonist is Legoshi, a gray wolf. He’s a second-year student at Cherryton Academy and a lighting technician for the drama club. One day, Legoshi is ordered to keep an eye out for teachers while Louis, a red deer and the leader of the drama club, organizes a night practice session. Another member of the drama club, the alpaca Tem, had recently been killed and eaten on campus. The culprit remains at large and Legoshi initially drew suspicions from those around him. Despite this, Legoshi, unable to control his carnivorous instinct, jumps onto a rabbit girl who is passing through. This is how Legoshi and the rabbit girl Hal came to meet.

One of the highlights of the anime is its use of light. For example, in the tenth episode, when Legoshi comes to save a trapped Hal, the camera creates a very dramatic atmosphere by using the backlight and capturing the profiles of Legoshi and Hal. Another example is seen in episode 6 when the bald eagle Aoba is waiting for Legoshi. The light of the city at night is shown softly with a small depth of focus, an analog for the gentle empathy shared between Legoshi and Aoba. Again at the climax in episode 12 when Legoshi confesses to Hal, the glow of the city lights from the top of the hill signifies the importance of the moment. The characters are all rendered in 3D, and the usage of lighting that is complementary with the renders greatly increases the presence of each character. 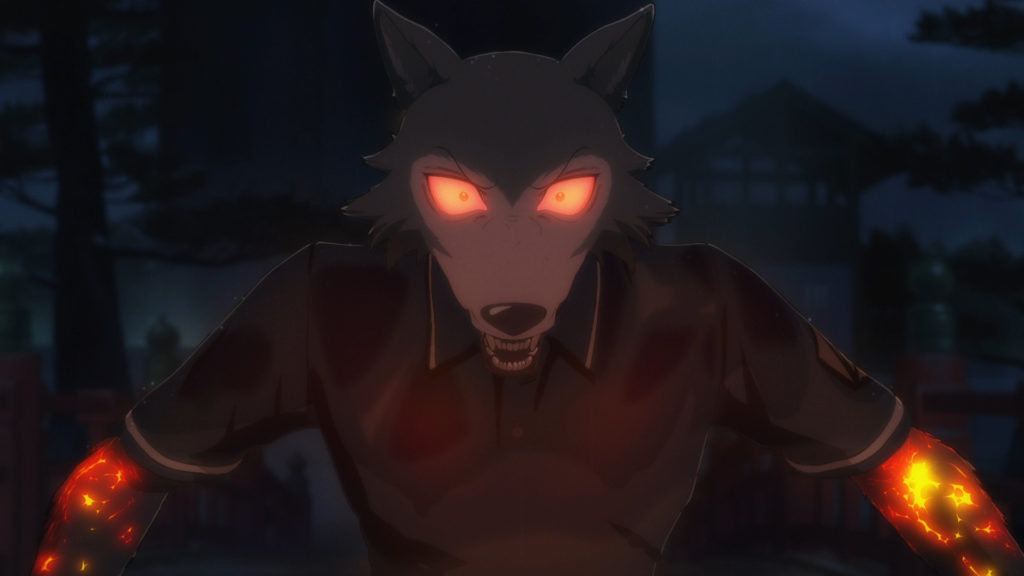 There is also a heavy importance placed on the color red. Red is symbolic of blood and also represents the color of Legoshi’s innate carnivorous desires. When Legoshi attacks Hal in the first episode, red light is shown leaking from inside his body, and the whites of his eyes turn red, as if bloodshot. When Legoshi succumbs to the voice telling him to ‘obey his instincts’, the water of the fountain is red, as are the lights outside. Light and color are elements not present in the original manga, and yet their inclusion and usage allows for the story to be told so much more dramatically.

What is BEASTARS trying to show through this style of production?

Legoshi feels incredibly uncomfortable with the reality that he is a large carnivore. Even when Legoshi is faced with a reality where herbivores sell parts of their own body in the Black Market to make money, he refuses to indulge and runs away from the meat being sold. However, even if he attempts to turn a blind eye to it, the ‘carnivorous instincts’ inside of him won’t disappear. And so he continues to be trapped between what he wants to be and his instincts tell him to do. Likewise, Hal is shown to be uncomfortable with the reality that she is a small and weak dwarf rabbit. The feelings she feels are the same as Legoshi’s. She is quick to progress physically with men, not out of any sort of sexual desire, but out of a desire to be taken out of the frame of a small and helpless dwarf rabbit and to be seen as an equal, an individual named Hal. 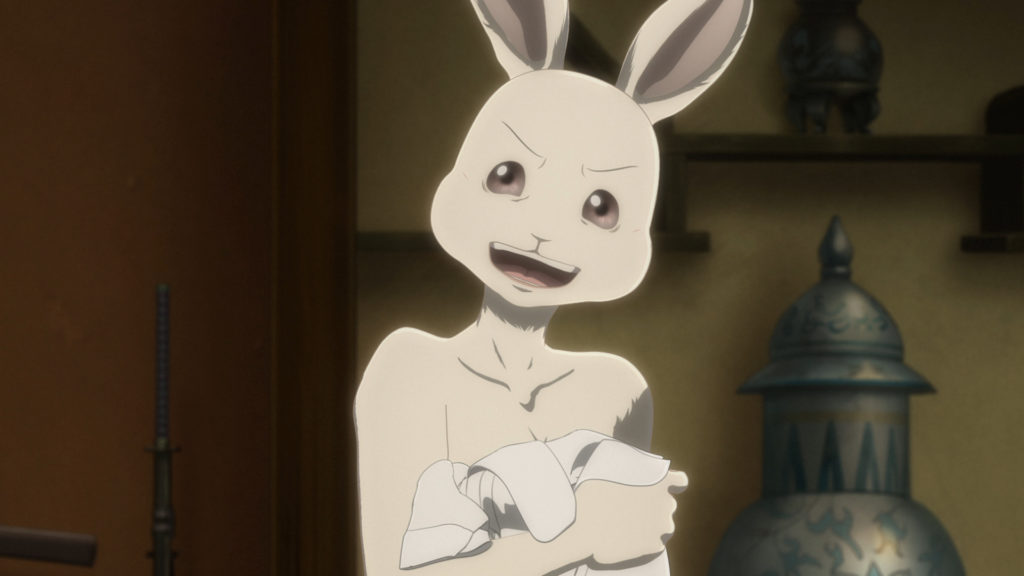 Japanese anime and manga place a great deal of importance on adolescent conflict. It wouldn’t be wrong to say it’s a defining characteristic of the genre. Symbolic of these conflicts are the themes of love (and sexuality), and violence. These are both key factors in how adolescent characters interact with others, and through these two things, characters learn more about who they themselves are. By having its two main characters driven by an internalized discomfort about who they are and the nature of their being, BEASTARS shows it’s a work that tackles these adolescent issues head-on. This is the key separator between BEASTARS and Zootopia. With that in mind, the story may end when both characters are able to resolve their issues.

In the 12th episode, Legoshi tells Hal he’s going to get stronger, to which Hal responds she’ll be waiting. At this moment Hal attempts to touch Legoshi’s hand, but ends up not doing so. Their youth is far from over and their goal still far away. And so the season wraps up, with the small rabbit and instincts Legoshi had met that spring day taking center stage. 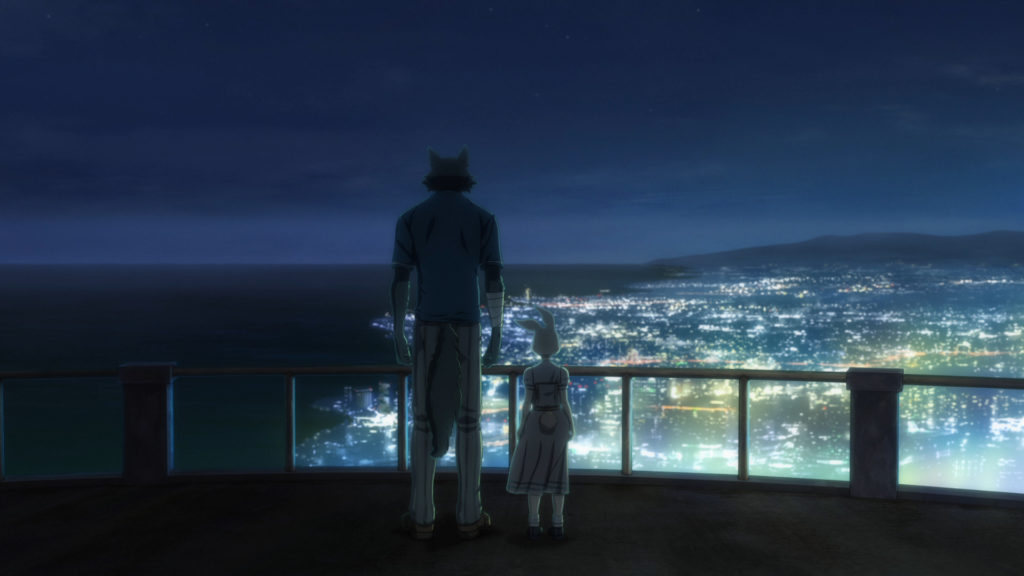 The summer is already over at the end of the first season, but the story of Legoshi and Hal is not over yet. I look forward to what the second season of BEASTARS has in store.