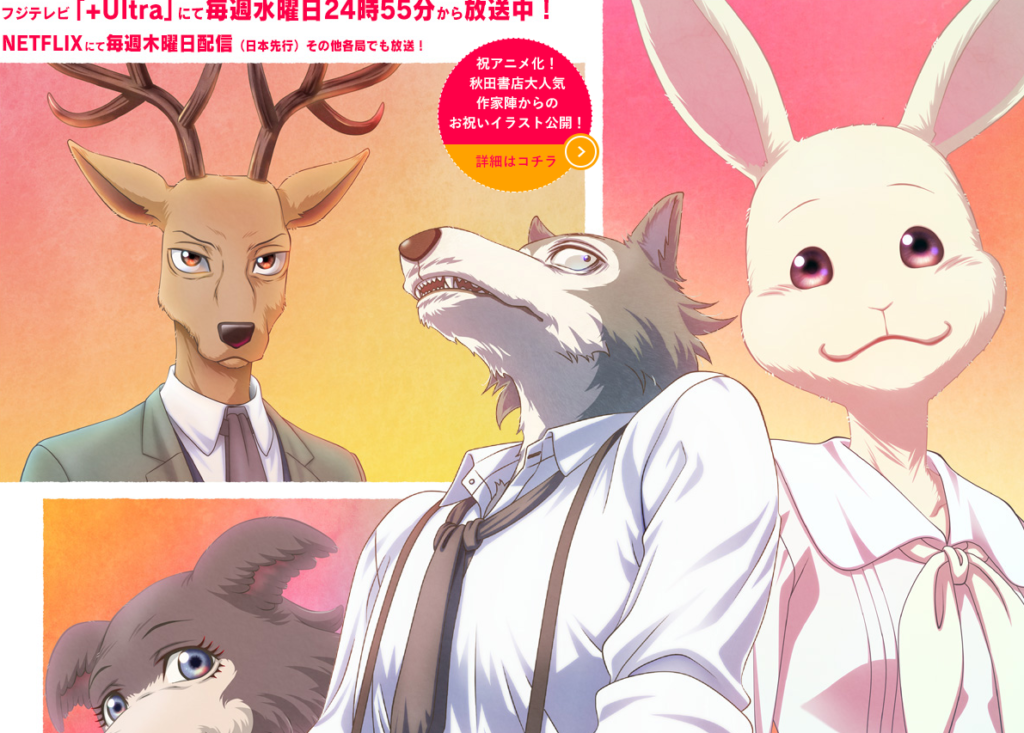 Studio Orange’s anime adaptation of BEASTARS is coming to Netflix outside of Japan ‘first thing 2020,’ the streaming service have confirmed.

The announcement came via the ‘NXOnNetflix’ Twitter account in reply to a tweet by Benjamin Diskin, English voice actor for Haida in the other animal-based Netflix show Aggrestsuko, who asked the company to ‘localize Beastars instead of just airing it exclusively in Japan.’ Birds of a feather fly together, it seems – or should I say ‘furs’ of a feather?

Guess it’s not too early to tell you it’s coming first thing 2020 then… #Beastars https://t.co/T7HHky4evT pic.twitter.com/RWYHRBse0J

This ‘announcement’ doesn’t confirm in what regions the BEASTARS anime will be made available on Netflix, but it does at least provide some clarity for those fans who are waiting for the official release – not least of which Paru Itagaki herself, who expressed her surprise at the anime’s region-locking in response to an English-speaking fan just the other week.

Given the ‘first thing 2020’ timeframe outlined, it’s clear that BEASTARS will be dropping on Netflix when its first cour finishes up towards the end of December. That may or may not be the only cour of this season – the final episode count has yet to be confirmed – but it’ll at least bring those 12 or 13 episodes to the west at last. 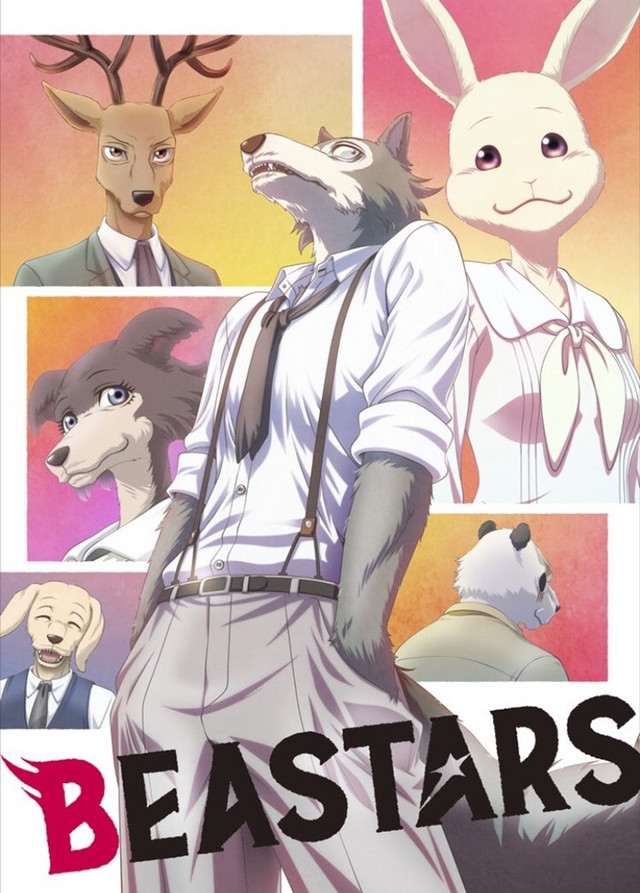 The problem is, however, that Netflix’s unwillingness to put BEASTARS on the service before it has wrapped up, at least in part, has only served to alienate those fans who would be most willing to watch and support the show on the service – all in the name of binge-watching. Chances are that those fans have already resorted to illegally downloading or watching the show, which only hurts Netflix’s chances of gaining new subscribers. It’s once again evidence of Netflix’s increasingly frustrating and destructive approach to anime streaming.

What makes this indignation even more confusing is that not just a couple of months ago, Netflix was experimenting with weekly streaming. We had hoped that this would mark a shift in the company’s strategy (and a smart one at that) but it seems like those lessons are still yet to be learned.

BEASTARS follows the story of Legosi, a grey wolf living in a world of anthropomorphized animals as he struggles with his inner carnivorous instincts. It is based on Paru Itagaki’s award-winning, incredibly inventive manga that is currently running in Weekly Shonen Champion. We’re following the anime as it releases each week on Netflix in Japan – you can check out the latest episode 4 review to see what you’re missing out on.