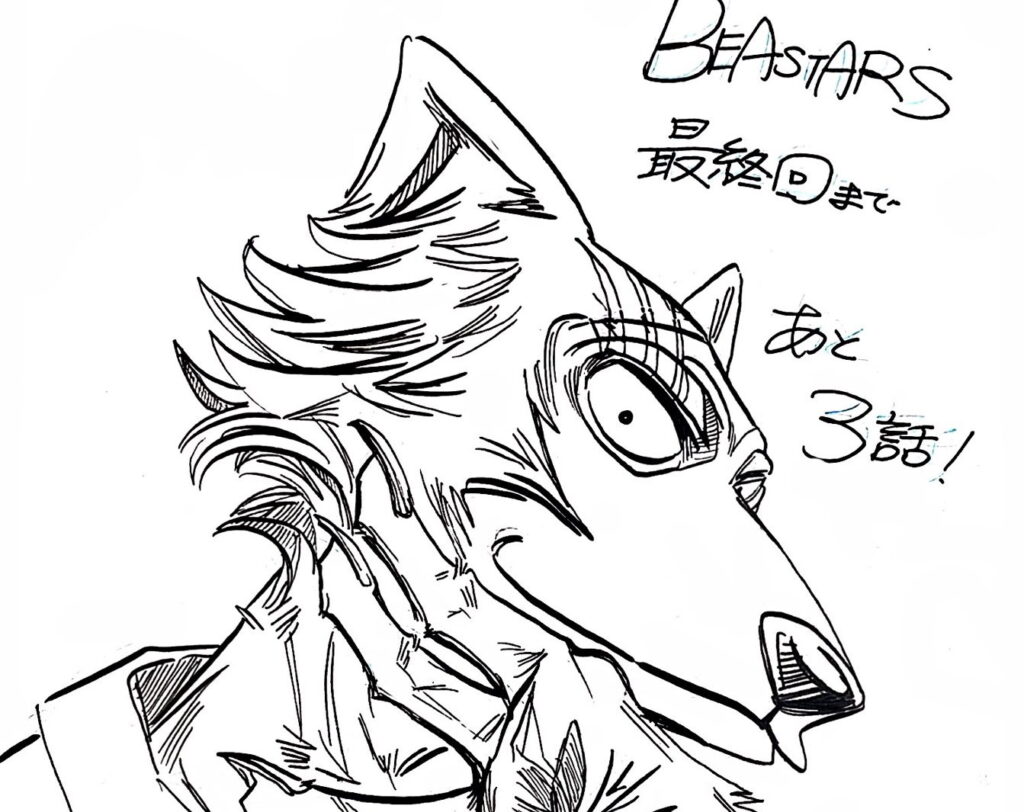 Rumors have been swirling for a while, but it seems as if BEASTARS really is coming to an end sooner rather than later. Just now, original creator Paru Itagaki confirmed on her official Twitter account that the series will be concluding in “three chapters.” Alongside an illustration of Legoshi, the tweet reads as follows:

“BEASTARS has three chapters to go until its conclusion! 🐺🐺🐺

I would be happy if you could see Legoshi’s journey through to the end. (The second season of the anime will air in January of next year📺)” 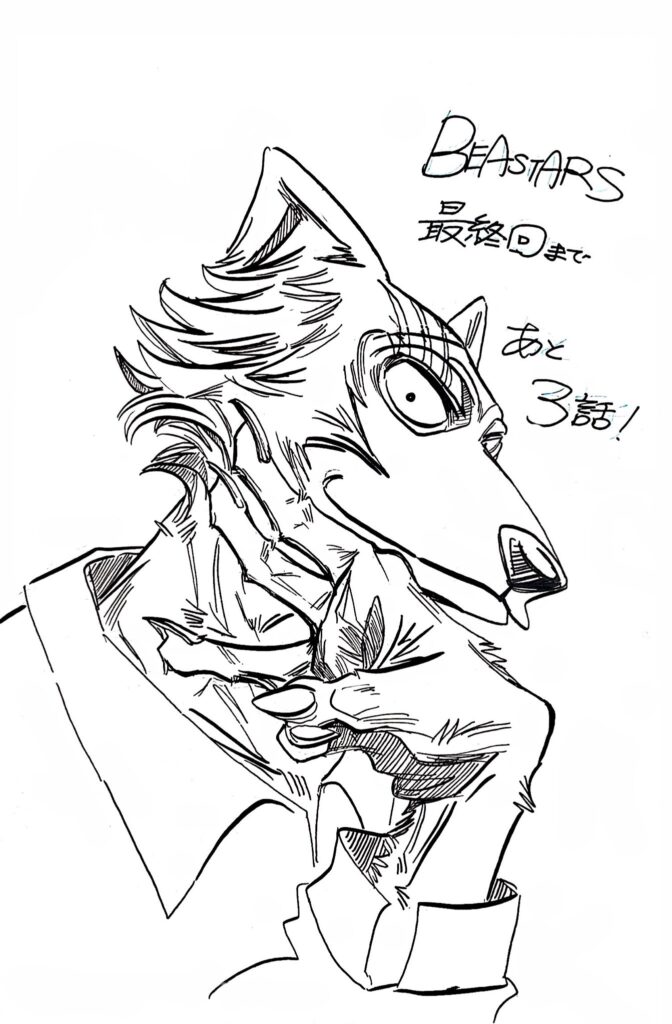 Huh. That is a little unexpected. True, such accounts as @MangaMogura shared this information ahead of time thanks to leaks of the latest issue no. 43 of Weekly Shonen Champion, but it was a little difficult to believe at the time. While it is true that the series has been heading towards a conclusion for a while, three chapters hardly feels like enough to provide it with a satisfactory ending – we won’t even get a chance for an epilogue.

That being said, BEASTARS ending does not necessarily have to be the end. Many fans have raised the possibility that Itagaki could continue to explore the world and the characters under a different name, much like she did in the BEASTARS ‘prototype’ BEAST COMPLEX. Indeed, such a practice would not be alien to Weekly Shonen Champion, which has seen Keisuke Itagaki’s Baki series end and come back under a variety of different titles.

In any case, we hope that Itagaki doesn’t feel much too pressure from fans to stave off ending BEASTARS when she judges it to be right. At the end of the day, any story worth telling is worth telling properly, and if that means ending it earlier than some fans might have imagined, so be it. All is in the name of creating a good manga, and BEASTARS definitely already belongs to that category.

BEASTARS season 2 will air in January of next year. With no breaks, the manga will end in October.