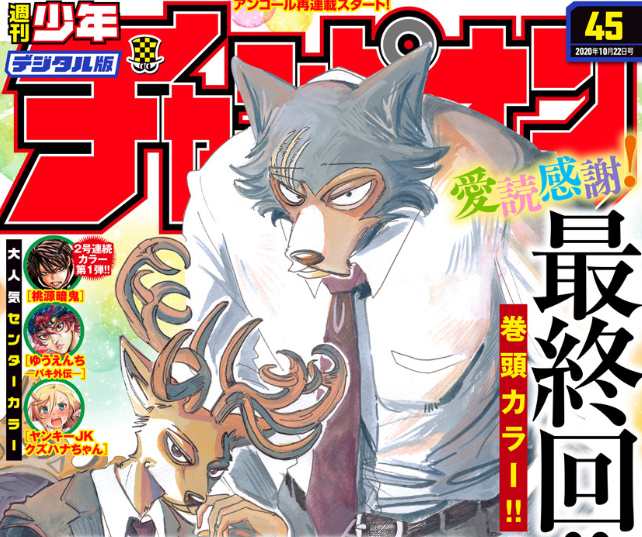 Paru Itagaki’s BEASTARS, launched in 2016, has come to an end after four years in issue no. 45 of Weekly Shonen Champion. This unique shonen series leaves behind it an incredible legacy, having won multiple awards and inspired multiple adaptations. Indeed, it won’t be long before we see Legosi and co. again, as the second season of Studio Orange’s anime premieres in January.

Nevertheless, BEASTARS’ ending leaves behind it a complicated journey. While it would be inaccurate to say that it ended badly, the series’ latest ‘Revenge of the Love Failure’ arc has proven divisive for fans. In the end, Itagaki’s greatest weakness came back to bite her: relentless creativity in spite of execution.

Contains spoilers for the entirety of BEASTARS.

As stated, to say that BEASTARS’ ending was dissatisfactory or inconclusive would be inaccurate. While the sudden announcement that the series would be ending in three chapters had me and many fans worried, the final chapters functioned as an epilogue perfectly well: wrapping up all the characters’ arcs and telling us what they got up to in the future.

Special mention, of course, has to go to the resolution of both Legoshi and Louis’ romances, which ended in very in-character ways. 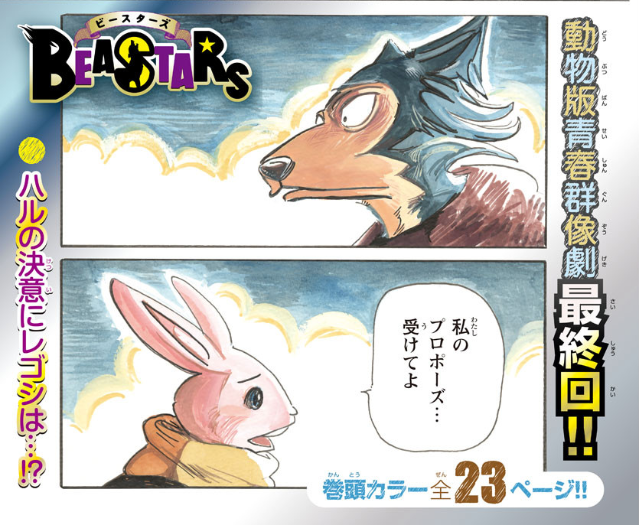 Nevertheless, the problem comes in what came before. In particular, two issues seem to be common: the character of Melon, and the structure of the final arc.

With regard to Melon, I never really understood those who called him a bad character. To be honest, I’d even go as far as to call him the series’ best villain, far outpacing Riz and Bill in terms of sheer presence and meaning. Particularly impactful was his positioning as the foil to Legoshi, functioning as a sort of warped mirror to his desire to be together with Haru – much like those who came before, he was a stark reminder of what the carnivore could be.

Even so, it must be said that Melon’s character arc did not wrap up in an entirely smooth fashion. As BEASTARS approached its ending, the villain’s father suddenly appeared, quite literally after being spotted in a crowd by Yahya. This seemed like it was going to be important, but was quickly dropped after it was discovered that he was a coward. Certainly, it was interesting to see Gosha come face to face with his polar opposite (someone who abandoned his interspecies relationship instead of struggling through it) but that was about it.

In the end, Melon was defeated by Legoshi and taken away by Yahya to be watched over by the sea creatures without much reprieve. His arc and his conceptions were not challenged, making him feel a little incomplete. Despite starting off as such a strong character, things trailed off towards the end; another hallmark of Itagaki’s writing.

The same could be said for the arc as a whole. While it started off well, introducing us (finally!) to the world of a Sublime Beastar, it seemed to lose momentum and focus towards the end. This was particularly the case after Legoshi and Melon’s first confrontation: following the dramatic conclusion, the quality dipped and the future course of the story became a little unclear.

The second half of the Revenge of the Love Failure arc was punctuated by a series of bizarre decisions, such as the quiz show in chapter 167 and the series of turf war fights starting in 176. While none of these were particularly bad, they did feel a little out of place and out of character for Paru Itagaki (her father may be able to write compelling fight scenes, but not her). But how about the arc as a whole? How did it shape up? 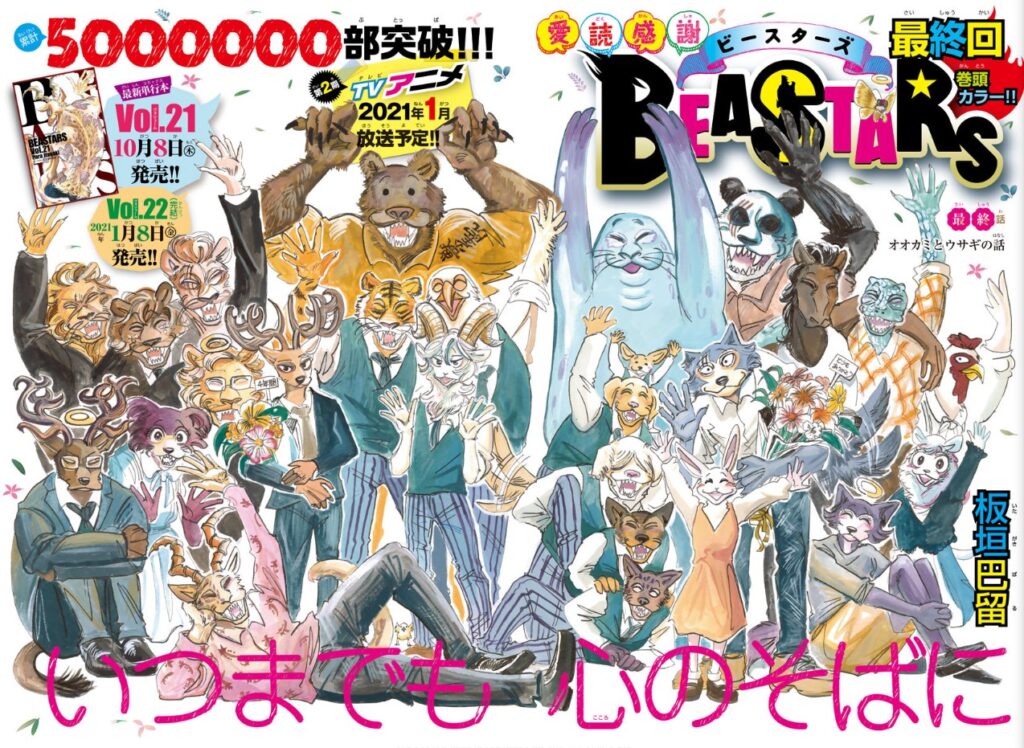 One thing that became increasingly clear as the Revenge of the Love Failure arc progressed and BEASTARS’ ending came ever closer was the dual nature of its protagonist(s). From the very beginning, the journeys of Legoshi and Louis have been intertwined (each one of them affecting and motivating one another) but Revenge of the Love Failure made this clear: not only is Louis’ help necessary for Legoshi’s victory, they both serve important symbolic roles.

Probably the most memorable moment of BEASTARS’ final arc was when Legosi and Louis mixed their blood together in chapter 175, symbolizing very literally the unity between the herbivore and the carnivore. Yet, the most important moment probably came later when Legoshi was fighting Melon, and Louis was speaking at a press conference.

From the very beginning, Louis and Legoshi have been on parallel paths. Whereas Louis was born in the Back Alley Market but found a way out into proper society, Legoshi was born a normal gray wolf and found himself slowly but surely sinking into the underworld. Considering the themes of this series, this is important: this shows that two different people with completely different backgrounds can end up in the same position, regardless of their ‘nature’. 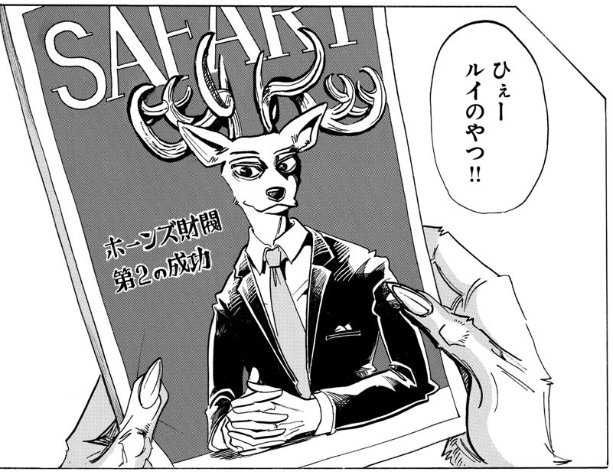 If Legoshi can enact change from the outskirts of society, then Louis can do it from the inside. At the end of the day, what brought Melon’s reign of terror to an end was not Legoshi’s heroic sacrifice, nor a conclusive battle; it was simply speaking the truth, revealing the existence of the Back Alley Market and tearing it down.

In this sense, BEASTARS’ ending tells us that it is not by hiding our differences that we can overcome them. Rather, it is by understanding them and accepting them that we can better coexist. I can’t think of a better message for the world right now.

So, does BEASTARS’ ending prove satisfactory? I think so. Despite all the problems, despite all the bumps along the way, Paru Itagaki nailed the thematic conclusion of her series and ultimately delivered a more impactful story because of it. Could the series have continued for longer? Absolutely. Were there things left unresolved? 100%. But these problems can be remedied in subsequent spinoffs, which will no doubt come after the return of BEAST COMPLEX.

With this, BEASTARS has come to a satisfactory, if imperfect, end. We here at OTAQUEST look forward to Paru Itagaki‘s next work.

You can pick up BEASTARS in English via VIZ Media.