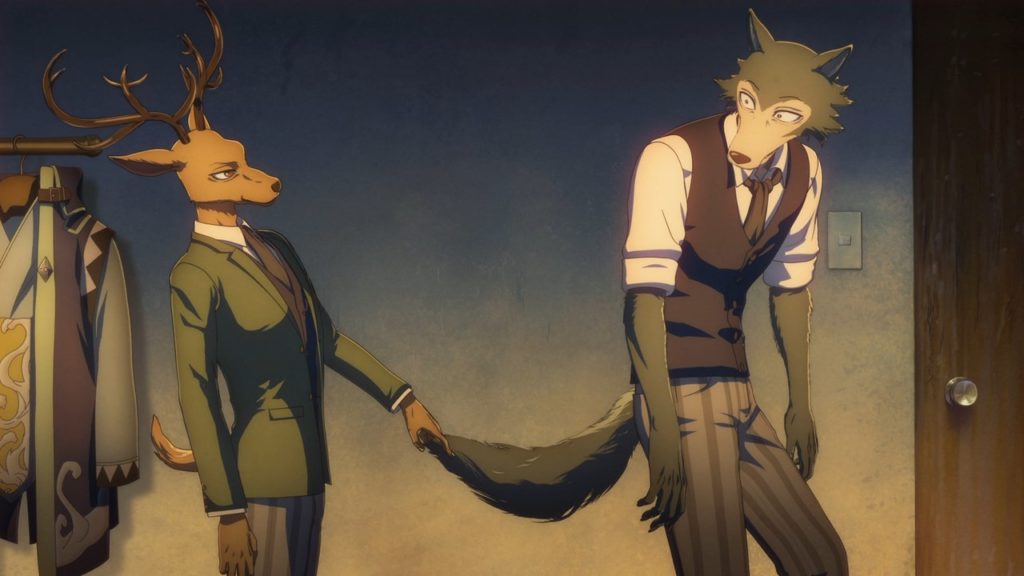 It’d be an understatement to say that I was excited for episode 1 of BEASTARS. A recommendation from a friend (shoutout to Danny) turned me on to Paru Itagaki’s inventive shonen series earlier last year, and an anime adaptation to promote the series seemed more vital than ever given that it has become a pillar of Akita Shoten’s Weekly Shonen Champion, which is celebrating its 50th anniversary this year.

Even so, what I found within shocked me. Studio Orange had somehow heeded all of my advice with their adaptational choices to make an opener that is arguably better than the original manga itself. And in terms of production, let’s just say that the studio isn’t exactly bringing an end to its incredible track record.

One of the big problems with the original BEASTARS manga is its sloppy start. The very first chapter opens with an incident involving two characters that don’t become relevant again until about 70 chapters in (seriously). What’s worse is that it takes three whole chapters to get to the real start of the story, which introduces us to our two main characters. 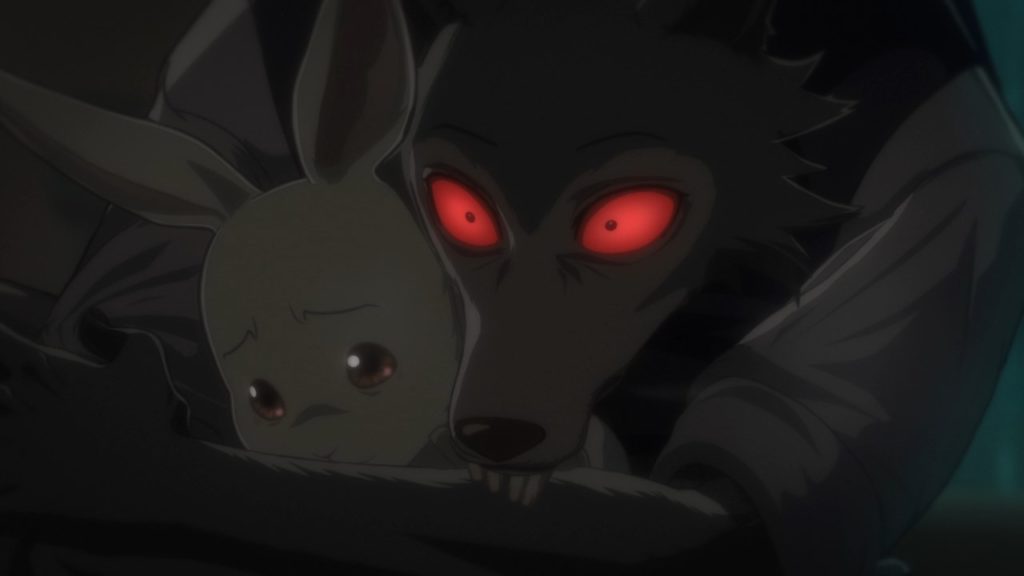 BEASTARS episode 1 changes all of that. The story’s inciting incident where Legosi attacks Haru bookmarks the entire episode, clearly signaling that these are our main characters and that this scene is going to be really important. Tem’s murder at the hands (paws?) of a carnivore, which the original manga opened on, comes second. 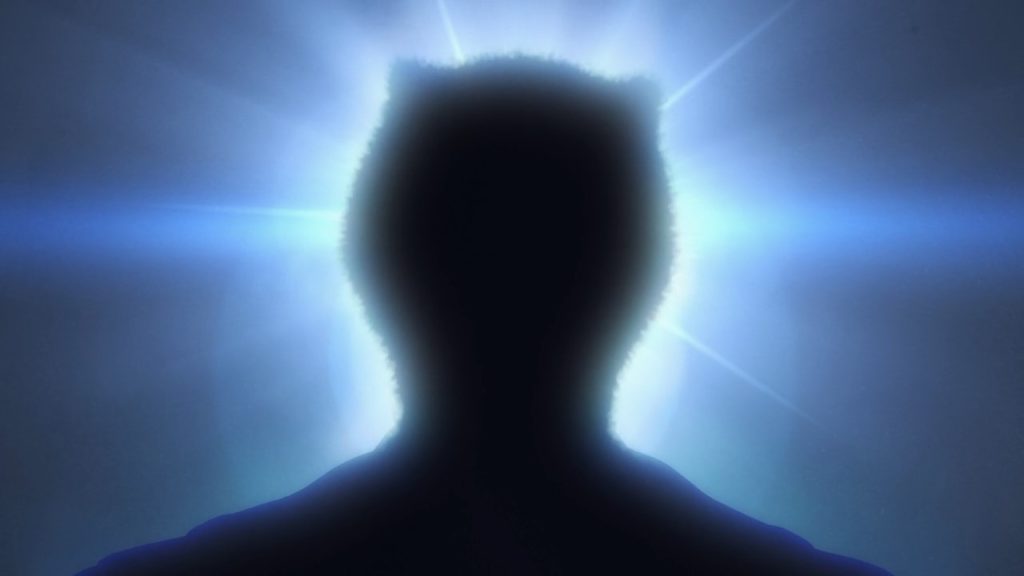 Not just content with rearranging the opening chapter however, Studio Orange goes one step further. They bring forward many of Haru’s scenes from later chapters, which better establishes her as one of the main characters alongside Legosi. They’ve also decided to let the reader in on the fact that Haru is in the Gardening Club a little early, adding a sweet sense of dramatic irony as Legosi remains blissfully unaware.

Speaking of Legosi, his presence as a protagonist is much more keenly felt in episode 1 of the anime. Not only are him and Haru the first characters we see, but Studio Orange have also decided to scale back on the number of character introductions present in the original manga, demanding instead that the audience get themselves acquainted with Legosi, along with Haru and Louis (in order of importance).

This fact might surprise you, but BEASTARS episode 1 manages to cram in almost half a volume’s worth of content into one episode. That sounds quite drastic on paper, but Orange was actually right to do this. Much of the original manga’s opening chapters are meandering, scattershot and lacking focus – all to the detriment of the otherwise fantastic story.

If the anime was a mixed grill, then the anime is a nice 8oz sirloin steak. Which one you prefer will ultimately be up to you, but I’m personally pretty pleased with the finished result.

Another matter that will vary from person to person is the anime’s somewhat controversial decision to go with 3D animation.

That’s fair enough, as 3D animation hasn’t exactly proven itself as a viable alternative to 2D animation in recent years. Just ask any Berserk fan, they’ll give you a piece of their mind. 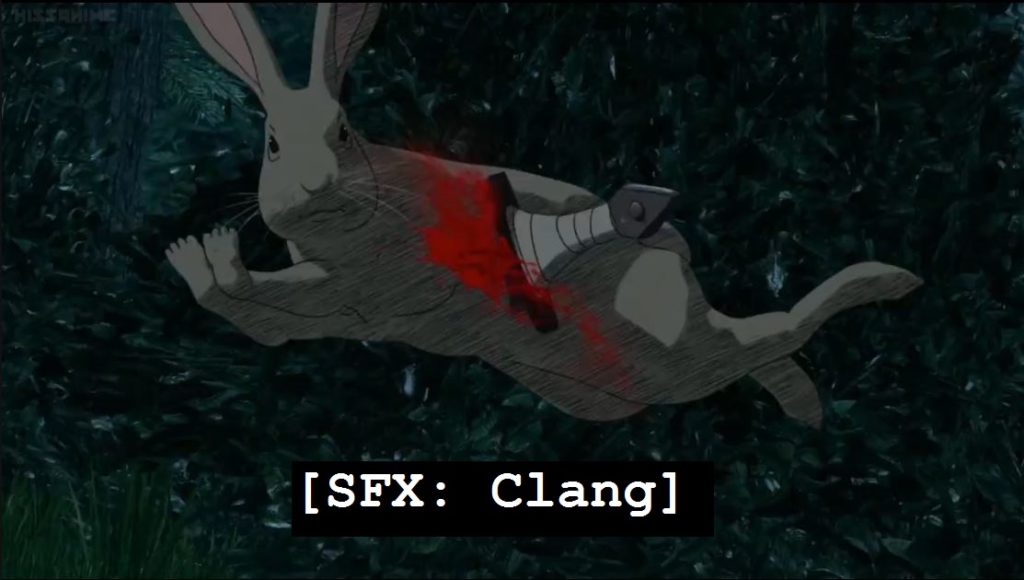 Nevertheless, the decision to animate BEASTARS in 3D was, in hindsight, a good move. Although Paru Itagaki’s artwork is incredible, taking after her father, a lack of consistency makes the series’ earlier chapters, in particular, suffer. 3D animation, however, solves this problem as Orange can literally use the same 3D models for each scene and therefore keep things consistent.

It’s worth noting that these 3D models are quite different from Itagaki’s dense, detailed art style. But what they lose in detail, they make up for in motion. Characters are constantly moving in each scene, whether it be bouncing their heads and narrowing their eyes in dialogue scenes or simply engaging in a walk cycle. It’s a far cry from the current state of 2D animation featured in many shows, bordering on a glorified PowerPoint presentation.

So keenly felt is the step-up in quality from 2D to 3D animation in BEASTARS episode 1, in fact, that one moment that was actually animated in 2D sticks out like a sore thumb in terms of consistency, style, and expression. 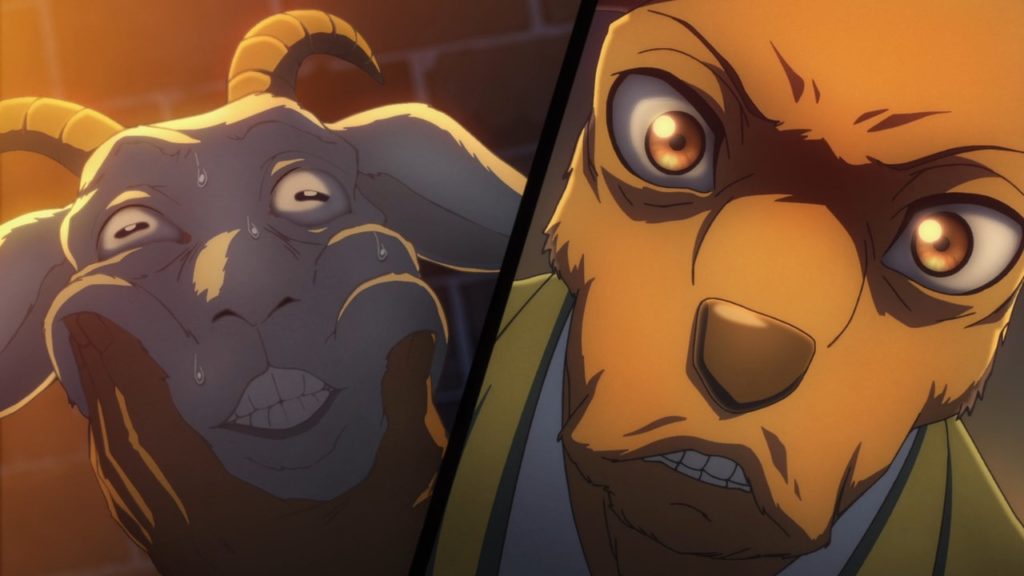 Not just content with consistent visuals and animation, however, Studio Orange have also added their own distinct visual flair to many of the scenes in the original manga. Tem is silhouetted in blue when trapped in the auditorium, a setting sun cast a melancholy silhouette on a lonely Haru scene, and the activation of Legosi’s repressed feral instincts is given a distinctly biological edge through x-ray visuals. 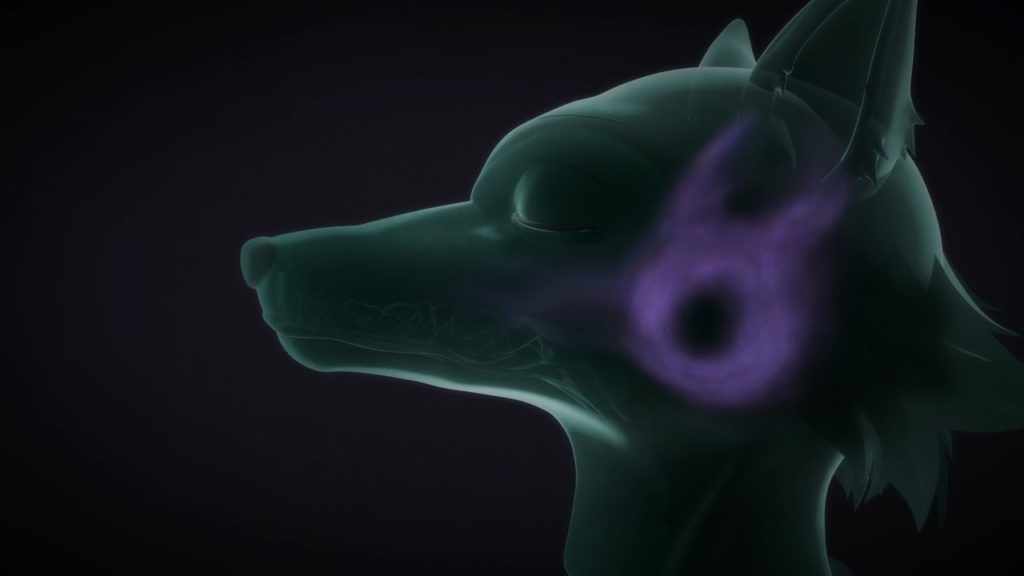 One of the only gripes I have with the anime’s production is the fact that some scenes seem to be running at a lower frame rate than others, possibly due to production scheduling, which always brings me out of the experience.

But it must be said that these moments are few and far between and must be taken along with the fantastic color design, voice acting and Satoru Kousaki’s accompanying somber soundtrack that make up the entirety of the production. Safe to say, I came away pretty impressed.

Overall, I couldn’t be happier with episode 1 of BEASTARS. I don’t know if Orange read my article, but they seem to have followed my advice word-for-word in firming up the narrative and giving it the focus that the original manga sorely lacked through smart adaptational choices. On the production side, while it won’t win over staunch 2D purists, the team over at Orange has done a fine job in introducing a level of consistency into the visuals, along with (mostly) excellent animation, inventive direction, and a whole host of other achievements.

BEASTARS is currently streaming via Netflix. Be sure to check out our features month on BEASTARS as well for exclusive interviews from series creator Paru Itagaki, the team from Studio Orange behind the anime, and more!