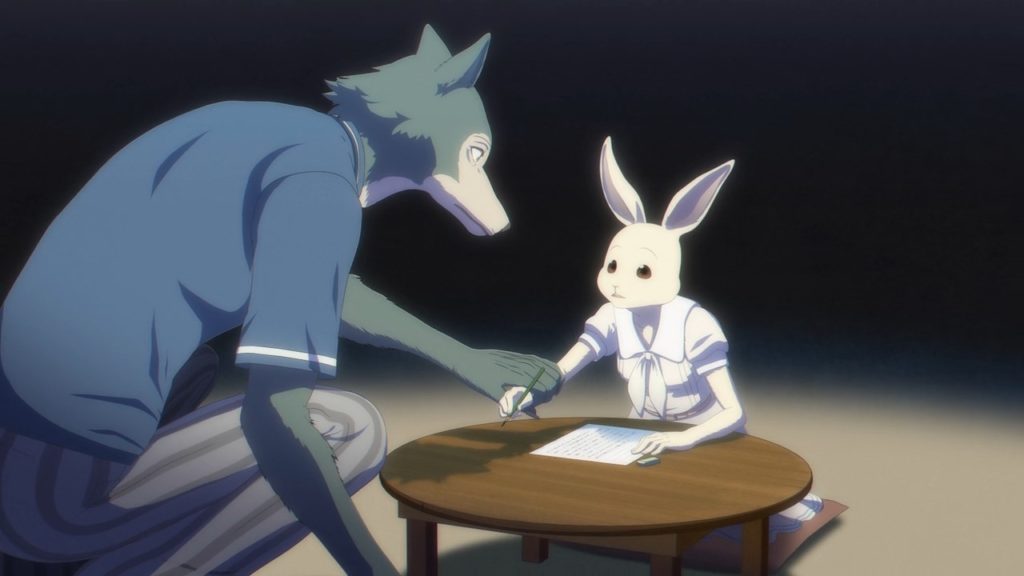 Fists fly in BEASTARS episode 10 as Legosi sets off to rescue Haru from her captors, the fearsome Shishigumi. He’ll be joined by a familiar face and come to a shocking realization along the way, but ultimately succeed in his endeavor and bring Haru’s long farewell to a short-lived conclusion. Score one for love.

On an adaptational level, BEASTARS episode 10 picks up pretty much where last week left off, with chapter 37 of the original manga, before making the decision to flip around the events of chapter 38 (Haru’s letter) and chapter 39 (the infiltration). This makes sense on a structural level, as it is follows a consistent chronology that makes it much much more pertinent when Legosi manages to save Haru from her fate at the hands of the Shishigumi, as opposed to the disjointed temporal approach of the original manga.

Fear of the Shishigumi is palpable in this episode, as Legosi wanders into the back-alley market and attempts to locate the lion gang by asking around but finds that no one is willing to give him a response – well, no one apart from a set of ne’er-do-wells who take advantage of Legosi’s naivety and attempt to rob him for it. 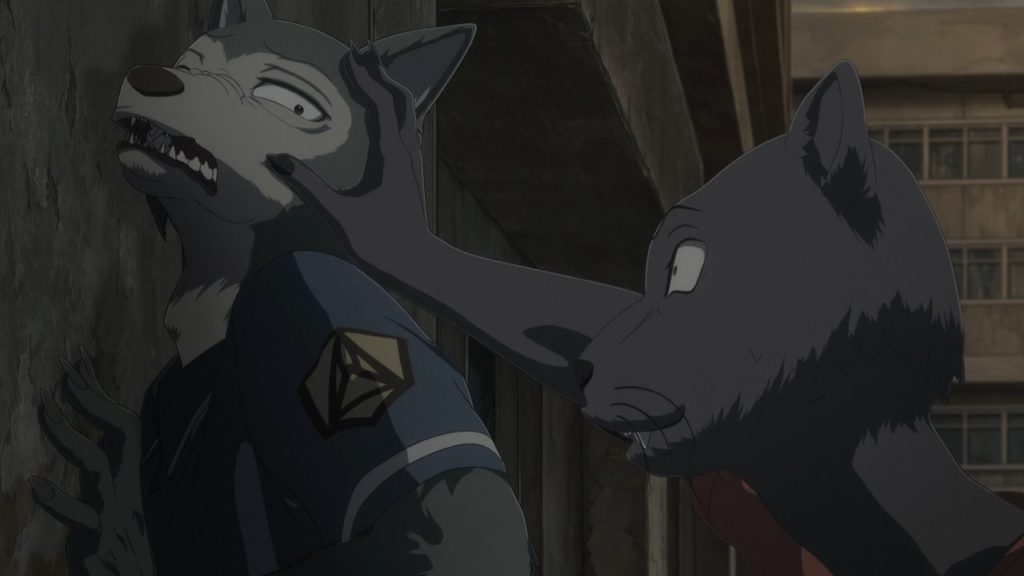 It is disappointing to note that this first part of BEASTARS episode 10 misses out on a great moment within chapter 37 where Legosi tries and fails to eavesdrop on a conversation, as his perky canine ears give him away. In fact, the whole lead up to the reunion of Legosi and Gouhin in the alleyway has been completely reconstructed, presumably in the interests of brevity and time.

But getting as quickly as possible to the main meat of this episode – Legosi and Gouhin’s assault on the Shishigumi headquarters – probably wasn’t a bad idea. The rain-soaked visuals of this entire sequence give off the very best ronin, Akira Kurosawa type vibes as the two carnivores grapple with the lions in their way. 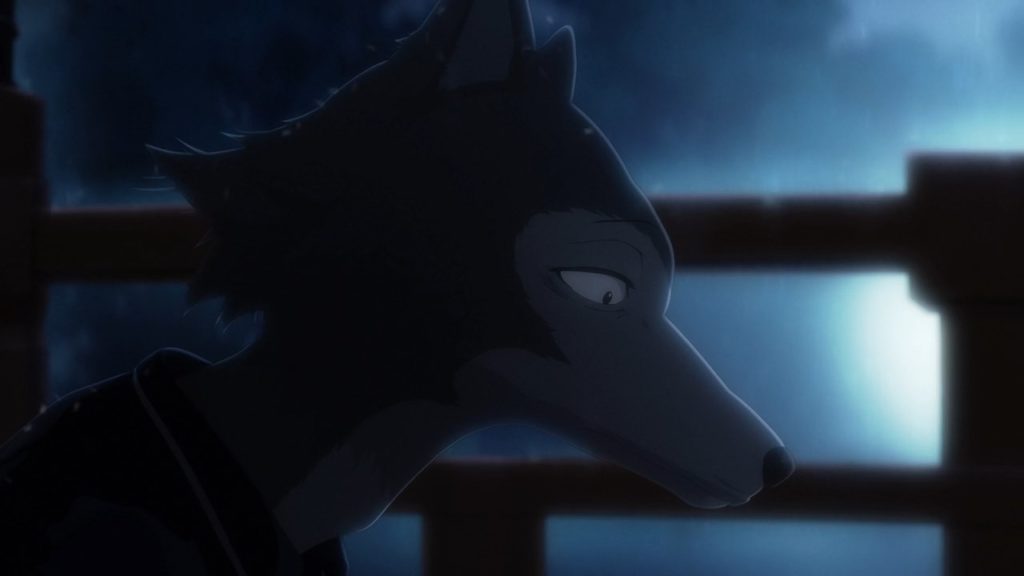 Again, it is worth noting that Studio Orange have made significant changes to the source material when it came to bringing this sequence to life for the anime. For one, they choose to have Gouhin join the fight about halfway through, just as Legosi is about to get mauled by a member of the Shishigumi, as opposed to his role in the manga, where he’s there with Legosi from the very beginning.

The entire setting of the fight has also been changed for BEASTARS episode 10, as in the manga it takes place almost entirely outside, near a set of stairs. But in the anime, it takes place outside, on a bridge, for the first part before moving inside the building to follow Gouhin and Legosi as they make their way upwards, towards Haru. 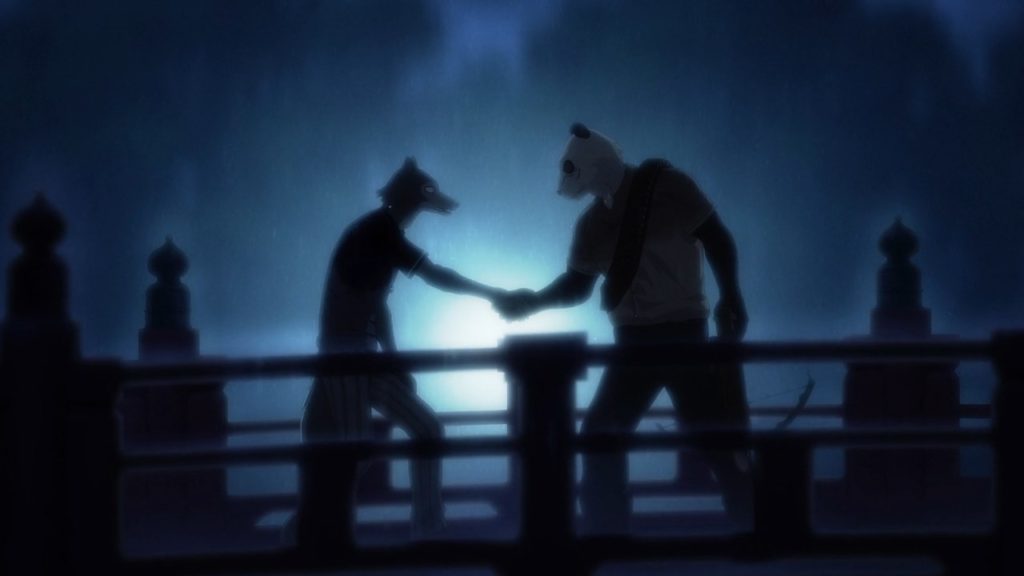 This is an excellent change as it introduces a real layer of verticality to the whole sequence, plus there’s the fact that the whole image of storming a yakuza complex built in a traditional Japanese style reminds me so much of the same of the best moments in SEGA’s legendary Yakuza (Ryu ga Gotoku) series.

Adding motion to the whole sequence, thanks to the power of animation, also helps get across the brutal nature of the clash between Legosi, Gouhin and the Shishigumi as fists fly and blood splatters. In comparison with other, more carefree episodes, some viewers will no doubt be surprised at the story’s sudden turn to the violent – just another case of how versatile the entire series is.

Nevertheless, BEASTARS episode 10 was not perfect. While I enjoyed many of the adaptational changes that brought the source material to life, there were several missteps in this episode that have to be addressed.

Firstly, Legosi’s revelation that his feelings for Haru might be more predatory than originally expected – as signaled by the line “She’s my prey” just before Gouhin saves Legosi from a mauling – isn’t delivered with the amount of gravitas needed for its true importance to be properly recognized by the viewer. 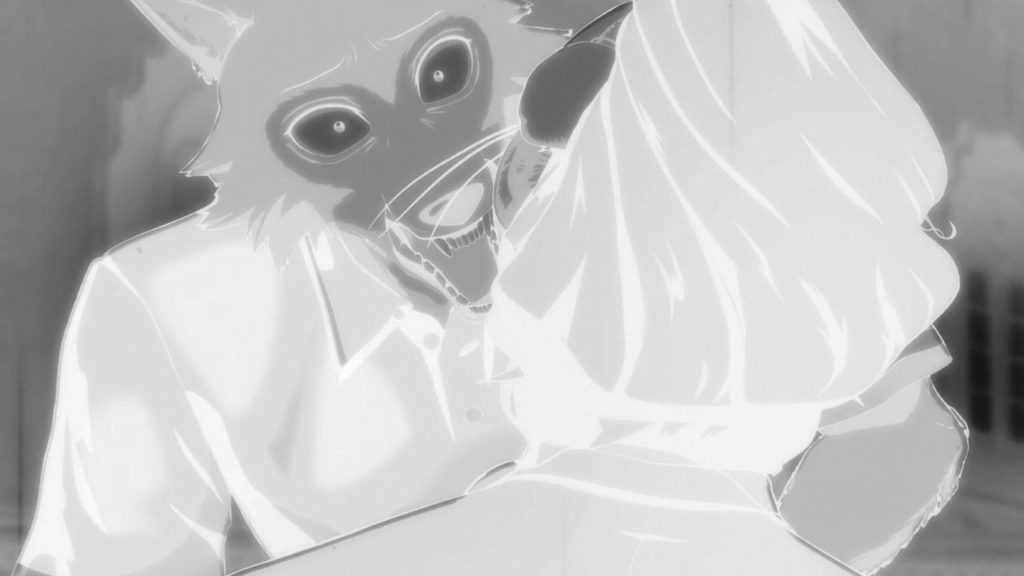 True, there is a moment where the scene turns negative (see above) as Legosi reflects momentarily on the significance of what he just inadvertently said – essentially proving Gouhin right – but the moment is over almost as soon as it had begun and, as a result, lacked the amount of punch it ought to have had.

Much the same applies to the end of BEASTARS episode 10, which does start off strong enough. The scene where Haru writes her last will and testament (taken from chapter 37 and then swapped around with chapter 38, if you remember) is handled well as the camera swirls around the figure of Haru at a table, isolated and alone in the darkness, with memories and recollections fading in and out in the background. 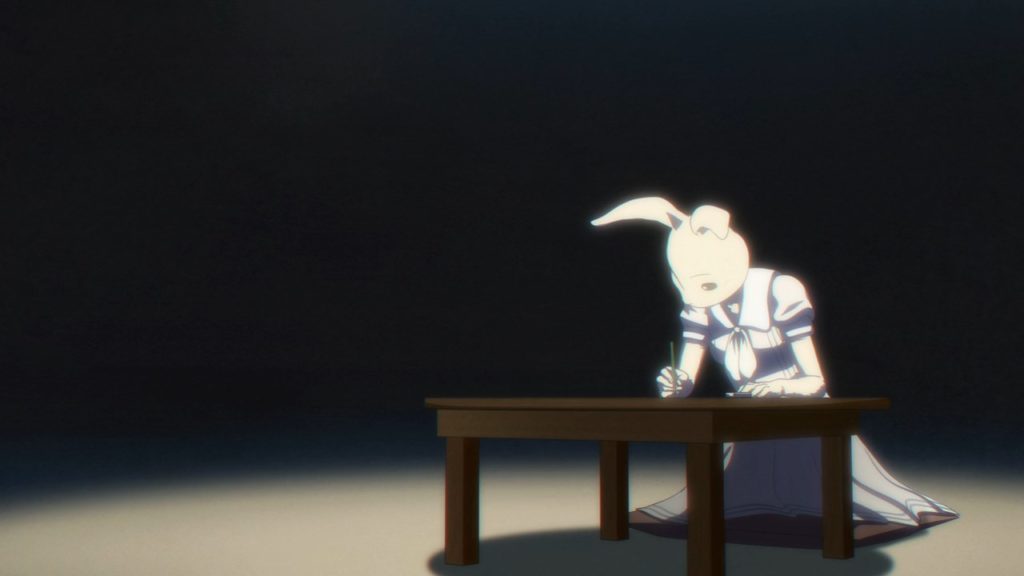 But the impact of Legosi coming to save Haru from getting eaten – the climax of the entire episode and, indeed, this whole arc – is lessened as the scene continues on, adapting the rest of chapter 38 and decreasing tension as a result. And just as the story has started back up again, the credits come in.

There’s a fair bit of whiplash that results from this decision, strangely out of character for Studio Orange, to slavishly follow the structure of Paru Itagaki’s original manga. But that’s hardly enough to take away entirely from an otherwise fantastic episode, full of fisticuffs and farewells. As to what will come of all of this, we’ll just have to wait until next week to find out.

You can watch BEASTARS episode 10 via Netflix. Be sure to check out our features month on BEASTARS as well for exclusive interviews from series creator Paru Itagaki, the team from Studio Orange behind the anime, and more!