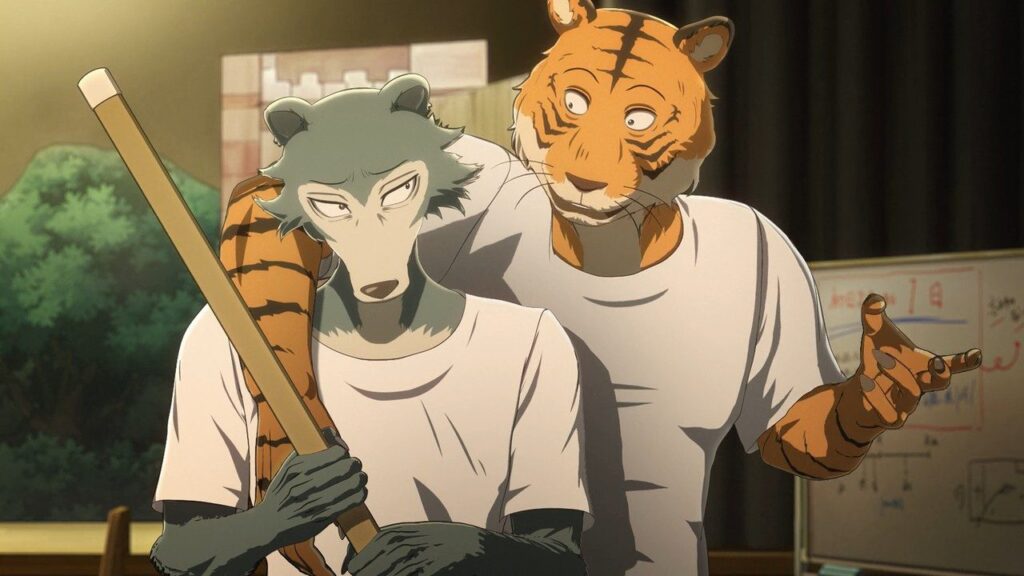 You definitely don’t need us to tell you that Beastars has been one hell of a hit. Paru Itagaki’s original manga earned itself all sorts of critical acclaim and nagged a few awards along the way. When the anime finally dropped on Netflix worldwide this past march, though originally airing towards the end of 2019 in Japan, it propelled the series to a new level of well deserved international popularity. Needless to say, we’re more than thrilled to feature it’s creator Paru Itagaki at our upcoming OTAQUEST Connect event. We’re also thrilled to report that Beastars Season 2 is coming earlier than we expected with a January 2020 release date. 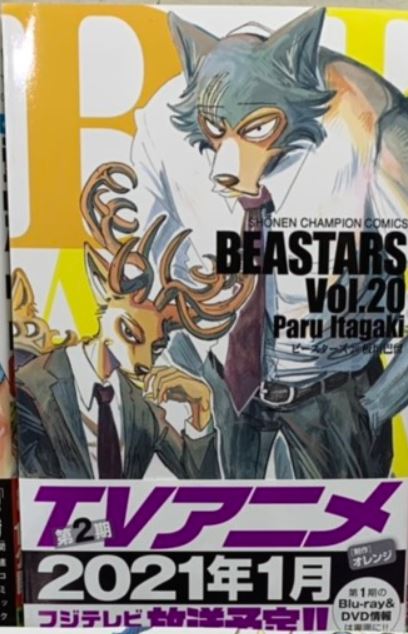 The Beastars Season 2 announcement comes to us via a wrap-around, common for manga releases, on the newly printed 20th volume of the series! It confirms that the second will season will start in January, though the specific day has yet to be announced, and it will once again air on Fuji TV. Now, unfortunately, we don’t know how long the Netflix delay will take this time around. The streaming service seems to pretty routinely wait until an anime has fully aired before upping it to their platform.

If you haven’t read or watched Beastars yet, we promise you the hype isn’t for nothing. Its storytelling and charm are much more complex and engaging than the simple gimmick of having anthropomorphic characters! With how different species with their different eating habits are factored into the story, even calling the anthro quality a ‘gimmick’ is reductive. We’re glad the animators are striking while the iron is hot with Beastars Season 2 as all too often a second season will come out a bit too late to be fully appreciated. Looking at you Re:Zero.

Beastars Season 2 will air on Fuji TV starting in January and we hope Netflix gets it out to viewers in a more timely manner.