BEASTARS Season 2: What to Expect and When to Expect It 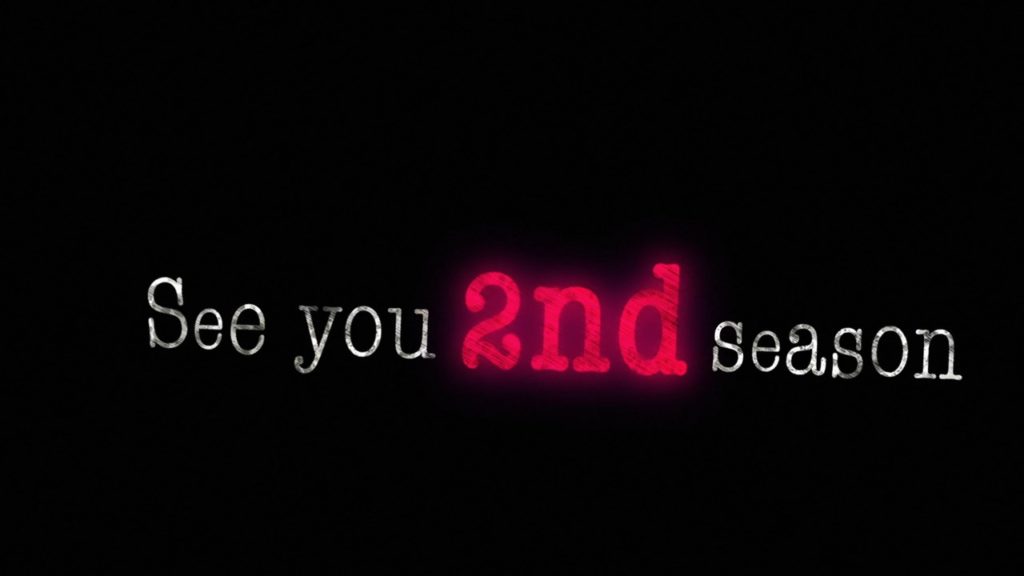 BEASTARS season two is on the way. Announced at the very end of this week’s finale, Studio Orange is set to repeat its incredible work on season one and adapt even more of Paru Itagaki’s original manga. But what can we expect from this sequel series? More of the same, or something a little different? Let me tell you exactly that, avoiding manga spoilers for the anime-only viewer along the way.

First off, irrespective of the source material, you can expect the same level of excellent 3DCG animation production that Studio Orange has become famous for over their relatively short lifespan. Whether it’s their contract work for Studio Sunrise on Code Geass: Akito the Exiled or their previous anime adaptation of Haruko Ishikawa’s Land of the Lustrous (Houseki no Kuni) they’ve got you covered.

But even given their fantastic past record, Orange’s work on BEASTARS season one over the past couple of months has been something special. While there weren’t any flashy fight scenes like with Land of the Lustrous, simplifying Paru Itagaki’s complex art style and unique character designs into something that works in motion, for example, is no small feat. The studio has also managed to create settings, props, and character models that more than match the original in both style and creativity.

Animation, too, has been a constant strength as the usage of 3D models allowed the studio to create more consistent action set-pieces and more spirited conversation scenes. But, again, it must be stressed that BEASTARS is not a battle shonen along the likes of Land of the Lustrous. Even so, the series has its own visual appeal that more than cements it as one of the studio’s best – especially in terms of lighting and cinematography, which often picks up the slack in lieu of a high-tension set-piece. 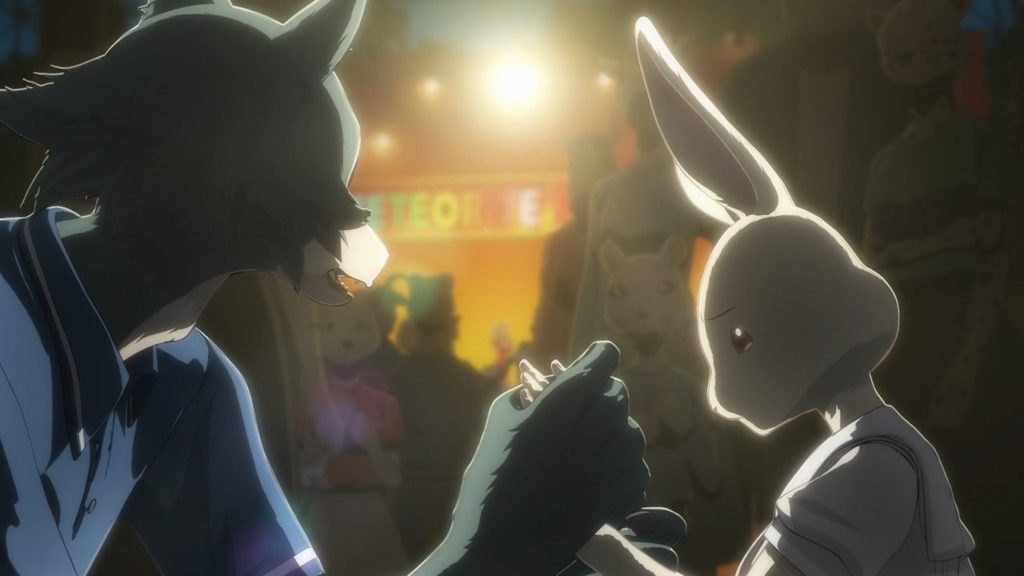 In this sense, you can expect the same level of high-quality production that has marked BEASTARS season one in season two. Ensuring this same level of quality, in turn, wouldn’t have been possible on a two-cour production – the possibility of which, let’s not forget, always existed.

But that hasn’t been the only exciting thing about their production. Aside from production, the studio’s to adaptation has also been both decisive and thoughtful. Starting from episode one, where the studio essentially reworked the entire story in search of a better structure while preserving the key story beats, all the way up to the final episode twelve, where several new scenes were inserted to better bridge the story into a second season, there’s never been a dull moment in following the series week to week and analyzing it in tandem with Paru Itagaki’s original manga.

Whether or not this is a common feature across the studio’s entire portfolio, most especially 2017’s Land of the Lustrous, is unknown to me, as I have yet to compare the adaptation to the source material in that particular case. But what is undoubtable is the effect that Orange’s effective adaptation has had on BEASTARS season one, giving it more focus and streamlining its latent potential far beyond what the original manga could ever hope to offer.

Nevertheless, it is unlikely that you’ll see the same approach to adaptation in BEASTARS season one repeated in BEASTARS season two. This is because, as hinted, the early portion of Paru Itagaki’s manga (particularly the initial Drama Club arc) is very clearly lacking in focus, consistency, and direction in comparison with the rest of the manga. The manga as a whole, in turn, firms up a lot more over the course of its run – so much so that by the time of the third arc (where the second season will logically insert itself) things are markedly improved. As a result, it’s unlikely that the same kind of heavy-handed approach will be needed going forward.

That is not to say, however, that Studio Orange is in for an easy ride. Far from it. The third arc of the original manga presents just as many problems as it does leeways, most principally because of its length. At around 45 chapters, it comprises a similar amount of material to the first two arcs (around 52 chapters) and will, therefore, undoubtedly make up the entirety of season two’s runtime. As a result, central to Orange’s adaptational approach this time around will be the issue of pacing: can the studio keep up the excitement while sticking with the same, constant overall narrative aim? At what point will they forecast the narrative highs, and at which point the lows? Regardless of success, it will be interesting to watch the studio tackle such questions when the time comes.

It’s almost a shame that the third arc will most likely make up the entirety of BEASTARS season two, as the fourth arc – which is by far my favorite – lies just beyond. But that’s not to say that the third arc is lacking in narrative weight or emotional punch. Far from it. Not only will an old mystery be finally put to bed, but the diverse paths of some of our characters will coalesce in interesting ways. Of course, there will also be plenty of drama and strife, romance and heartbreak along the way. Look forward to it.

Even so, we shouldn’t get too ahead of ourselves. For starters, we don’t even know when BEASTARS season two will be airing – perhaps next summer given the previous eight-month gap between the series’ initial announcement and eventual premiere, but who knows – plus the fact that not much material is left for Studio Orange to adapt for future years, the fourth arc being relatively short and the fifth still in progress with no end in sight.

So while it’s okay to get excited for BEASTARS season two, don’t wish your life away. In the meantime, you can read the original manga in English via VIZ Media, or check out the anime on Netflix when it launches early next year. Be sure to check out our features month on BEASTARS as well for exclusive interviews from series creator Paru Itagaki, the team from Studio Orange behind the anime, and more!