The Tobu Zoo located in Saitama is not only a zoo but an amusement park as well. The place is absolutely massive. What’s more fitting than to collaborate with one of the most massive anime and manga series of the last couple of years? That’s exactly what the Tobu Zoo has done, twice already. The zoo has held two previous events where they have collaborated with Paru Itagaki’s hit manga and anime series, BEASTARS, and now they’re getting ready to kick off a third collaboration event with the series to celebrate the airing of the second season. 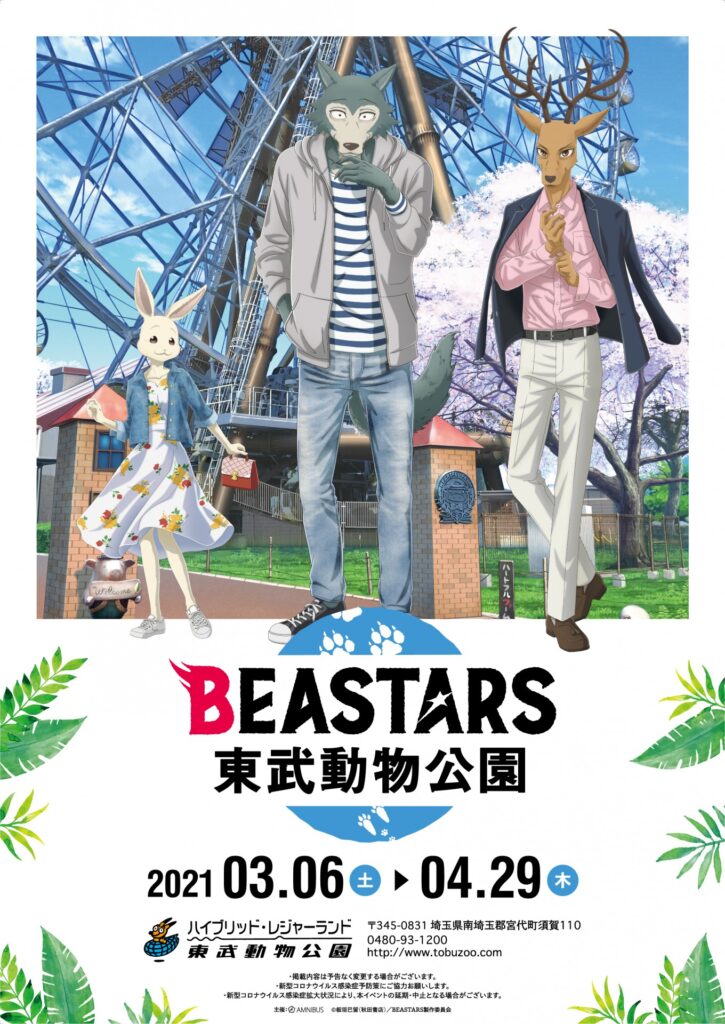 The previous two collaboration events happened around major milestones for the BEASTARS anime series, such as the 50th Anniversary of the Weekly Shonen Champion and the anime adaptation of BEASTARS. Now, for the third collaboration, they are celebrating the second season of BEASTARS hitting the airwaves and they will be featuring new art drawn by none other than BEASTARS creator herself, Paru Itagaki. The art will include Legoshi, Haru, and Louie spending a nice Spring day at the Tobu Zoo. All proceeds from product sales relating to the collaboration event will go towards helping support the costs for feeding the animals that call the Tobu Zoo home. There will there be limited edition products with new BEASTARS art on them, panels spread around the zoo containing new art, and some new BEASTARS-themed food items such as the Legom Egg Sandwich.

It’s really good to see such a great series such as BEASTARS kind of breaking the fourth wall in a way and helping with the support and well-being of real-world animals. It’s really not something you see every day, and I really wish there were more series that had the opportunity to do something similar. The BEASTARS x Tobu Zoo collaboration kicks off on 6 March 2021 and will run until 29 April 2021.