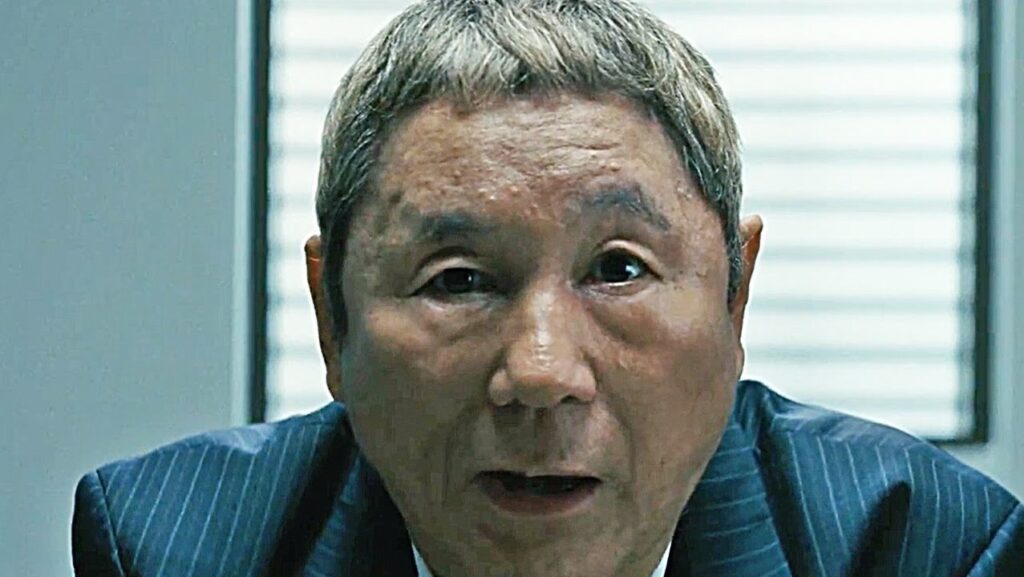 How Did Takeshi Kitano Go from Making Jokes to Gangster Movies?

If you’re an avid consumer of Japanese film you’ve probably heard about Beat Takeshi. Though depending on how you know him, you may know him by his real name, Takeshi Kitano. Takeshi is one of Japan’s greatest and most popular comedians, but he’s also an actor, director, author, host of game shows and debate shows, as well as a painter and at one time a videogame designer. Despite his history as a comedian, he’s mostly known outside of Japan for his crime films that are often bleak and violent.

Takeshi initially gained fame in the 1970s as one half of the comedy duo Two Beat, along with Niro Kaneko, also known as Kiyoshi Kaneko. Together they were Beat Takshi and Beat Kiyoshi and employed a specific style of Japanese two-man comedy known as manzai. This is a traditional form of double-act comedy that dates back to the 1100s in Japan. In its more contemporary uses, manzai has a straight man and a funny man, and relies on puns, double talk, and rapid-fire jokes comparable to Western acts like Abbott and Costello. (For an anime take on manzai routines, check out certain episodes of Bobobo-bo-bo-bobo)

Two Beat was one of the biggest comedy duos of its kind during the 70s and 80s. Their bits consisted of mainly Takeshi making fun of the elderly, ugly people, children, and other socially vulnerable individuals and Kiyoshi chastising him for being insensitive. This was considered particularly risque and served to enhance their popularity. But despite this popularity, Takeshi dissolved the group around the mid-80s and began a solo career. 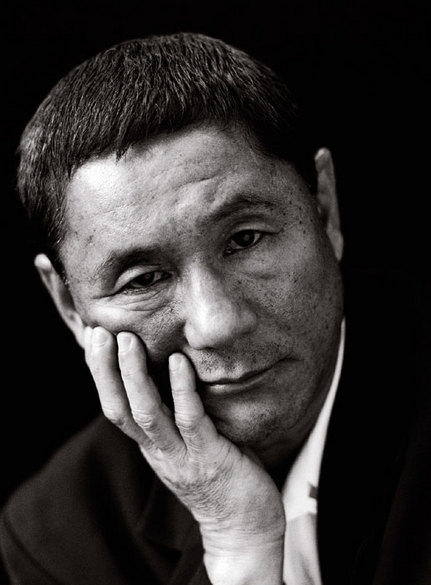 In 1986 Takeshi began hosting a game show called ‘Takeshi’s Challenge’, where he would play the ruler of a large castle and challenge hundreds of people at a time in intense physical challenges to make it to him and defeat him in order to win one million yen. This final combat was often in the form of a bumper car battle royale with water guns and later lasers attached to the cars. The physical challenges were in the form of intense obstacle courses, requiring competitors to swing on ropes, pole vault, run across rotating platforms, and other activities that would often see them falling into the brackish water below and eliminated. The show was filled with colorful characters and Takeshi would provide color commentary while introducing each event.

The show proved to be an international cult hit, with many countries using native comedians to dub over the action and make commentary. In America it was known as MXC, ‘short’ for Most Extreme Elimination Challenge. Takeshi and other characters were renamed and dubbed over, while players were placed on ‘teams’ depending on what the episode was. This version had nothing to do with the original Takeshi’s Challenge other than the video clips used.

In 1986 Takeshi began work on what was originally going to be a video game adaptation of the show Takeshi’s Challenge for the Famicom. Instead, Takeshi had ideas involving a salaryman who finds a treasure map. The general concept of the game was changed, but the name more or less stuck. Takeshi no Chosenjo or ‘The Ultimate Challenge of Beat Takeshi’ (But known colloquially as ‘Takeshi’s Challenge’) featured the salaryman character in a surprisingly open world with the option to drink at a bar, play pachinko, and sing karaoke using the microphone on the Famicom’s second controller. Players weren’t given any explanation on how to play, or what to do, but there was a specific sequence of events the player must complete in order to get to the end. For this and other design reasons it made Japanese game magazine Famitsu’s number one worst game, and some consider it the worst game of all time.

During this period Takeshi appeared in various acting roles, but first began directing due to somewhat of a fluke. In 1989 he appeared in the lead role for Violent Cop, a film directed by Kinji Fukusaku. Fukusaku and Takeshi had numerous scheduling conflicts, mainly owing to Takeshi’s TV appearances and eventually stepped down as director. The film’s distributor, Shochiku Company Limited, encouraged Takeshi to direct the film himself, which he did, technically marking his directorial debut.

In 1990 Takeshi wrote and directed Boiling Point, another yakuza crime film about two boys looking for revenge on the gangsters that attacked their baseball coach. Film critic and author Mark Schilling describes Boiling Point as the film that gave Takeshi his signature directing style, and most of his movies feature crime, the yakuza, and use long takes with little camera movement, as well as sly dialogue and sudden extreme violence.

Takeshi’s films received moderate to middling praise up until the release of 1997’s HANA-BI. In 1993 Takeshi released Sonatine, which didn’t do well in Japan but received significant international praise. When HANA-BI screened at the Venice International film festival, it ended up winning the Golden Lion award, and firmly established him as a noteworthy director. In 1999 he worked with legendary composer Joe Hisaishi for the film Kikujiro, and it became one of Hisaishi’s most-lauded soundtracks.

Takeshi also continued acting in numerous roles, and in 2000 appeared in the cult classic Battle Royale as an instructor named Kitano. In 2003 Takeshi wrote, directed, starred, and even co-edited Zatoichi, about the fictional blind samurai of the same name. The film did exceptionally well commercially in Japan, and received the Silver Lion for directing at the Venice Film Festival that year.

From 2005 to 2008 Takeshi released a series of surrealist autobiographies, and was also employed as an instructor at the Tokyo University of the Arts, teaching graduate students at the school of visual arts. He also appeared in smaller TV projects.

In 2010 he released Outrage, which he directed and starred in. This is another yakuza crime drama, but Takeshi made it simply to be entertaining. This was the first in his Outrage trilogy, and would release Beyond Outrage in 2012 and Outrage Coda in 2017.

In 2015 Takeshi returned to videogames for the first time since Takeshi’s Challenge. He appeared in the 6th iteration of the long-running Yakuza series, Yakuza 6: The Song of Life as Toru Hirose. Takeshi provided the voice acting for the character as well as the character model. Hirose seems like a character that could appear in a Takeshi film, as he is a faded Yakuza boss holding sway over a diminutive crime family in Hiroshima.

In the same year he released Outrage Coda Takeshi also appeared in the live-action adaptation of Ghost in the Shell as Chief Daisuke Aramaki. Takeshi has expressed a dislike of manga and anime, but was interested in the role because of how central he is to many relationships in the Ghost in the Shell Universe. Coincidentally, this was 20 years after his first appearance in American cinema, when he played Takahashi in Johnny Mnemonic. Equally coincidentally, this was also a film with heavy cyberpunk themes.

Whether you refer to him as Beat Takeshi or Takeshi Kitano, the man has achieved quite a bit since his manzai days. Fans of Japanese cinema no doubt appreciate his contributions to the industry, and his domestic fans still laud him as one of the best there ever was.

Variety: Takeshi Kitano to Direct New Film ‘Neck’, May Be His Final Film as Director