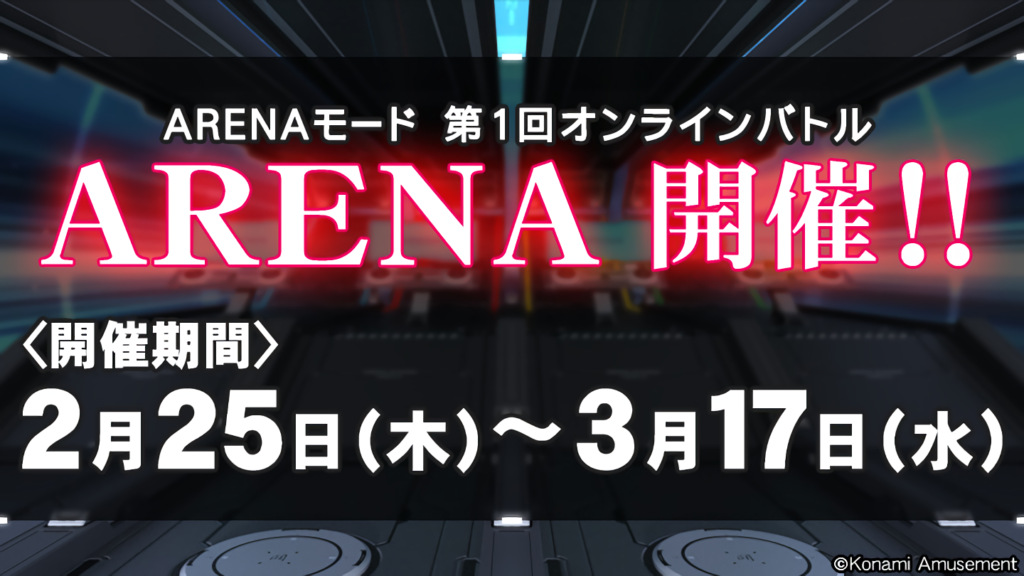 The beatmania series has been the most prolific title of Konami’s BEMANI series of games since its creation in 1997, and the games are still going strong to this day with over 27 versions of the title. Throughout the years Konami has concocted new and innovative ways to keep players coming back for more, and their series mainstay, beatmania IIDX, keeps growing with each iteration of the game. On Thursday, 25 February, Konami kicked off the first round of Arena Mode for their current iteration of beatmania IIDX, beatmania IIDX 28 BISTROVER.

Unchanged from previous versions of the title, Arena Mode takes four players from random locations across the world or locally in the same game center and pits them against each other in a battle for supremacy, with each win netting a player a predetermined number of points. These points stack up and allow the player to progress through ranks topping out at the rank of A1, which trust me, is nothing but the top players in the game. I am currently ranked A5, and I struggle to even get in the top two, and I have been playing beatmania IIDX for 17 years.

With the newest iteration of Arena Mode, there are also two new charts to unlock in the game. Both of the charts are Leggendaria rated charts. One of them is even a revival song which took me by surprise, considering it’s a remix of a song that ended up being a licensed track. The first unlock comes in the form of a Leggendaria version of ‘thunder’ with ‘thunder (House Nation Remix).

With Arena Mode just kicking off today on beatmania IIDX 28 BISTROVER, there are still a number of rounds remaining, and I’m sure we’re going to get some more surprises hidden in the game. Until then, I will have no choice but to keep grinding Arena Mode to unlock the content that I have yet to obtain.