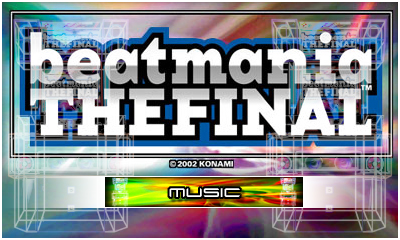 beatmania THE FINAL is a title that hurts to type.

Although beatmania IIDX is the king of music games currently, I’ll always have a soft spot for the original 5-key version of the game.

Today sees the release of the game after its location tests last month and we have our first batch of information in the form of the game’s new songs list.

As you can see, beatmania THE FINAL is pulling out all of the stops when it comes to new tracks to play.

With more than 50 new songs (if you count the beatmania III tracks as new as we are), beatmania THE FINAL almost comes off more like a celebration of everything that the original beatmania inspired rather than just a final outing for the godfather of arcade music games.

Some of the crossover choices strike me as interesting, with inclusions from the excellent Mambo A Go Go soundtrack being among my favorites, with the surprisingly low count from the DDR franchise being a little bit surprising.

No matter how you slice it, this is one hell of a send-off for the iconic franchise (even more so when you factor in returning tracks, and the insanely stacked beatmania III version) and I can’t wait to get my hands on it!