The newest update of beatmania IIDX Ultimate Mobile will get premium subscribers a couple of bonuses: V-Discs to use in the newest arcade iteration, beatmania IIDX 28 BISTROVER!

Konami‘s beatmania IIDX Ultimate Mobile launched on iOS and Android a handful of months back, and since then, there has been little reason to subscribe to the service if you were primarily a player of the arcade version. There were a number of new songs that were released as Ultimate Mobile exclusive tracks, but if you didn’t own one of the newer Entry Model controllers, it made the game extremely difficult to play. 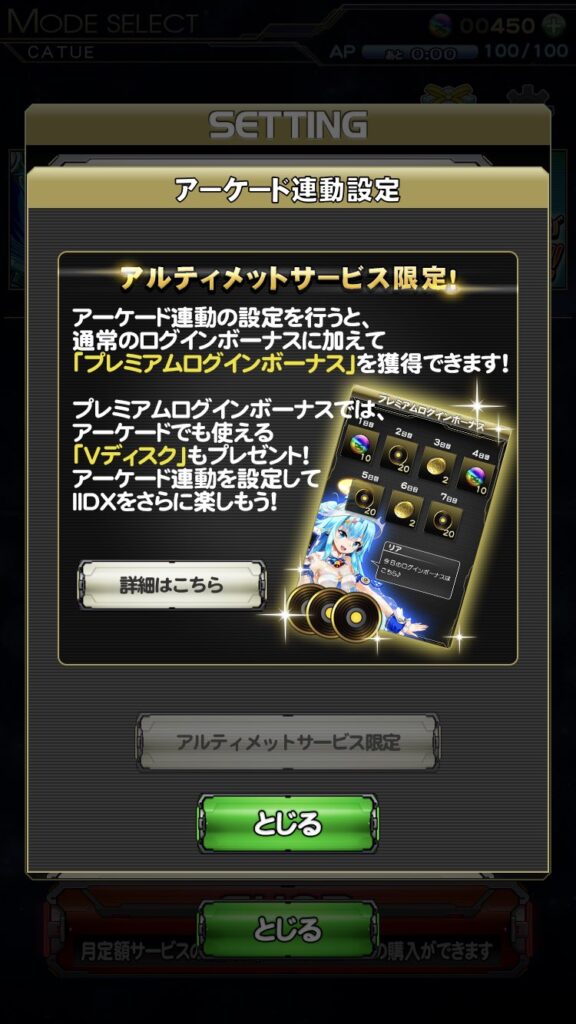 As someone who primarily plays beatmania IIDX in the arcade, and someone who subscribes to Ultimate Mobile solely to get access to all the soundtracks, this change is very welcome. Since I don’t play many Leggendaria-rated tracks, I like to save up my V-Discs to get that Black VIP pass. By logging into Ultimate Mobile once per day, I can get a small bonus which will help me get that Black VIP pass even faster!

Beatmania IIDX Ultimate Mobile is only available in Japan, so there are no reports if subscribers that play on the US version of BISTROVER will get the bonus. My guess is that if your eAmusement login is linked, there should be no problem.