A popular piece of music and anime should work perfectly together, like Simon and Garfunkel or Lennon and McCartney! And then there’s the BECK anime, a passion-oriented story of two teenagers who crave to make their mark on the path of stardom.

A simple middle school student, Yukio ‘Koyuki‘ Tanaka ponders with curiosity whether his life will be interesting enough to pen down an autobiography. But all his thoughts and expectations towards life change as soon as he rescues a strange-looking dog, Beck, from a bunch of troublesome kids.

Eventually, Beck turns out to be a pet owned by a young rock musician, 16-year-old Ryusuke ‘Ray‘ Minami. Ryusuke has his own shades of a checkered past that were mostly spent in New York, along with the company of a world-famous singer/lyricist.

Koyuki’s musical journey sprouts when Ryusuke introduces him to the world of rock music by lending him a guitar. Meanwhile, Ryusuke sets up a band which eventually gets named as BECK, after the dog that was rescued. 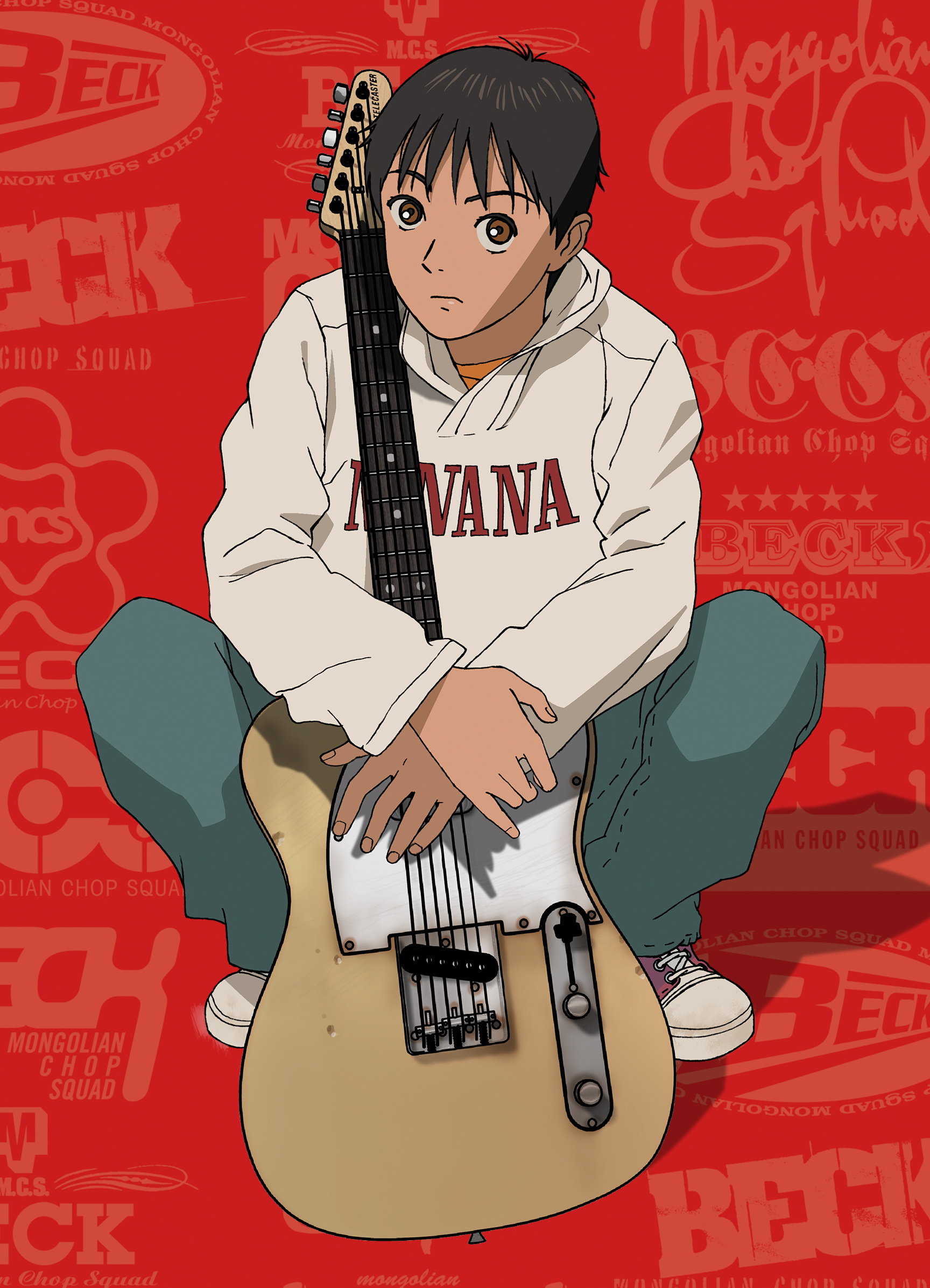 As the plot grows, Koyuki learns to master the guitar to a convincible level, and later becomes a part of the band. Eventually, Koyuki impresses everyone in the band with his fabulous voice. Starting from there, BECK anime’s plot is built upon the ladder of struggles laid on their mission of achieving stardom.

Written and illustrated by Harold Sakuishi, BECK is a famous Japanese manga series that was serialized in the Monthly Shonen Magazine for almost a decade from 1999 to 2008. But that was not the end to its awe-inspiring journey. Sakuishi’s manga series was adapted into a 26-episode anime series titled BECK: Mongolian Chop Squad.

Though the original series was broadcast from October 2004 to March 2005, the anime was eventually given a re-release in the English language by none other than the famous entertainment company, Funimation. The English version that was aired in 2007 went on to garner satisfying responses from a diverse group of audiences, especially youngsters.

BECK: Mongolian Chop Squad is always a part of my personal list of favorites that I enjoyed as a kid.

Getting back into a bit of the plot: the anime is centered around a group of youngsters who are desperate to somehow attain stardom and make the world know who they are. But their journey isn’t weaved on a bed of roses. Rather, they are exposed to the reality of the world that throws difficulties on their path, barricading their hopes with trials that they should overcome at any cost. 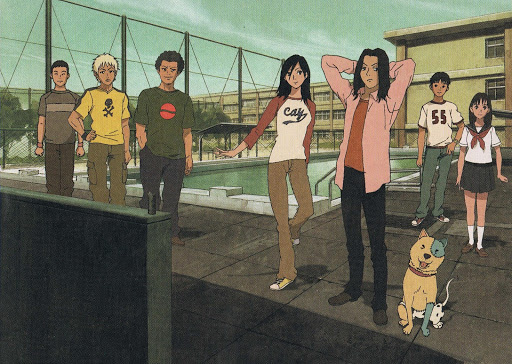 As Beck’s plot begins to grow in front of our eyes, we follow a young Koyuki and his eventual encounter with a zealous guitarist, Ryusuke, before getting exposed to the musical world as a member of his new band, BECK.

As a kid back then, I wasn’t kind of holding on to an ‘optimistic’ feeling for the anime. But this turned out to be a Japanese anime series that really helped me beat some stressful days at school! But I feel that a more mature audience needs something more than just high school dramas, like a certain element that promises greatness and success with every episode.

Take Koyuki’s life for example: his is a young boy who just complains about the dead-end of his life rather than focusing on his next move. And he’s just fourteen! Maybe the hook of the conflict didn’t convince me back then, even after watching the stereotypical ruffians that torture him. Though Ryusuke’s characterization somehow manages to convince the audience, his fallen state lacks a reason for a solace sort of a feeling.

But all of this eventually vanishes as the plot grows with time and Beck becomes one of those anime that can captivate the audience with its recap episodes that can be easily streamed online.

Koyuki’s life takes a drastic change when a girl enters his life. Ryusuke’s sister Maho enters the picture and her relationship with Koyuki adds a natural refreshment for the viewers, free from the usual hype and cliff-hanging sequences.

But Beck’s second half gets serious and lays a great deal of emphasis on the band’s mission. The way the young band struggles to book music gigs, the clash between their egos and personalities, picking up side jobs to pay bills, and managing their high school responsibilities are serialized in a very perky and natural manner.

Nevertheless, Beck has left no corner of the music industry from getting its share of the limelight in the entire series.

Beck: Mongolian Chop Squad Has Got Me on This One! 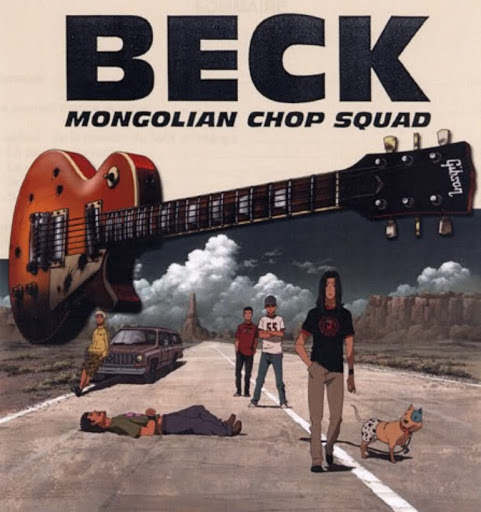 The extensive arc formulated in the series where the plot journeys from a middle school set up through high school and further than that is something I appreciate in a musical drama. Whether it is the result of the anime series’ characters or their daily challenges that barricade their route to their mission of achieving stardom, the concept gives us that ‘good old school days‘ sort of a feeling.

But the passion for music is felt in every bit of the sequence directed by Osamu Kobayashi. For an anime series that has its story spun about rock music, well, there’s plenty of music adventure in Beck!

Looking back into this musical and romantic drama, I’d say that it highlights a good number of rock classics, many of which are original songs composed to exhibit the band’s journey. Though the Japanese version is technically precise, the English version of Beck is quite easy on the ears, but the choice is ultimately yours just in case you’d love to check out on the 26-episode anime series.

Speaking of its title, ‘Beck’ has nothing in common with the American musician who shares the name.

The anime’s subtitle ‘Mongolian Chop Squad‘ is added for reasons that are eventually explained in its story (and media-savvy viewers might be able to guess it correctly!).

The manga also went on to inspire a Playstation 2 game and a live-action film later, almost five years after the animated series.

Beck‘s melancholic background sequences invite young viewers to connect their daily events with the plot of its characters and pave the way for connecting emotions in the long run.

Though not every crowd-based shot works in favor of the musical scenes, many actually do make an impact! For example, a half-realist and half-anime set piece in the anime’s fourth part captures the intense aggression of a compact basement club.