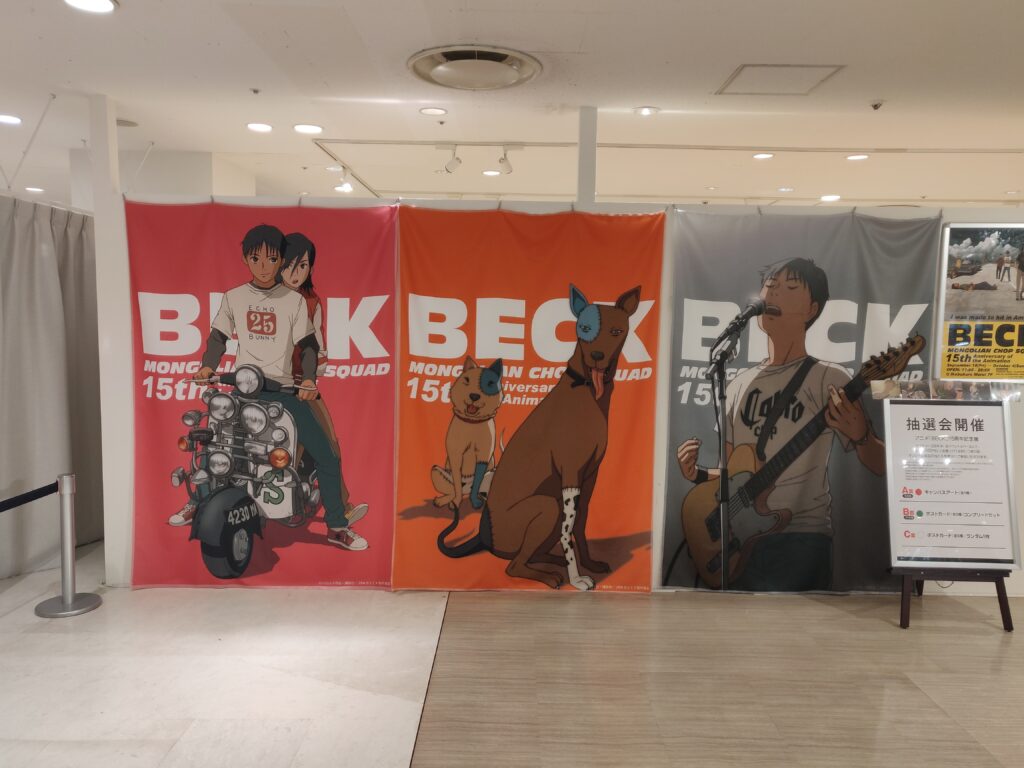 We were pretty delighted to see that more people than we’d have imagined were tickled by the announcement of a special 15th anniversary pop up exhibition for the cult classic Beck Mongolian Chop Squad. An early 2000s gem in the rough, it was always a show that was underseen by the masses but those who had watched it knew it was one of a kind. All the muck of a train station bathroom and all the heart of an earnest punk band speaking their truth, this grunge tinted coming of age story about a boy thrust into the cutthroat world of indie rock and roll is in a category all its own. Delighted that this exhibition was even happening at all, we just had to go celebrate the show ourselves. 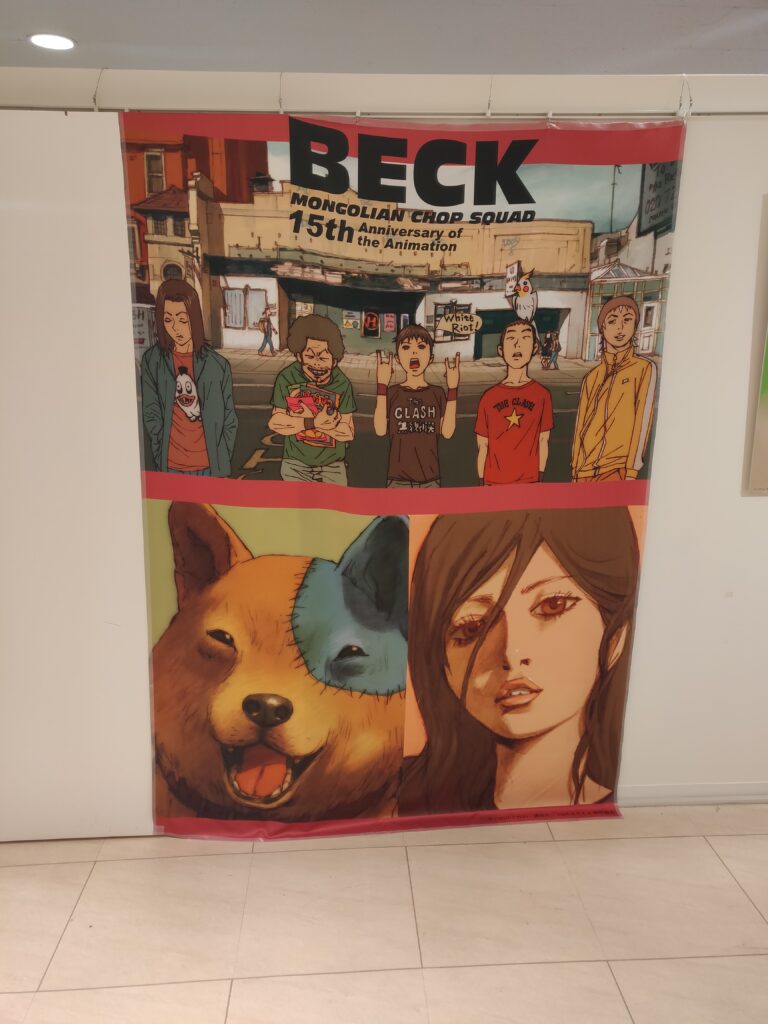 Much like how this year’s Keep Your Hands Of Eizouken was a match made in heaven between auter director Masaaki Yuasa and the eccentric manga author Sumito Owara, the Beck Mongolian Chop Squad anime was a similar meeting of two secret legends; Manga journeyman Harold Sakuishi whose works are all very down to earth and the underappreciated Osamu Kobayashi whose natural penchant for realism once made a Paradise Kiss anime that was better than its original comic. Despite his lack of recognition, we can’t imagine a director other than Kobayashi who could’ve done justice to Sakuishi’s manga. Both creators are alone in their fields and their combined efforts, being celebrated at the pop up here, have spoken for themselves to anyone who ever sought them out. 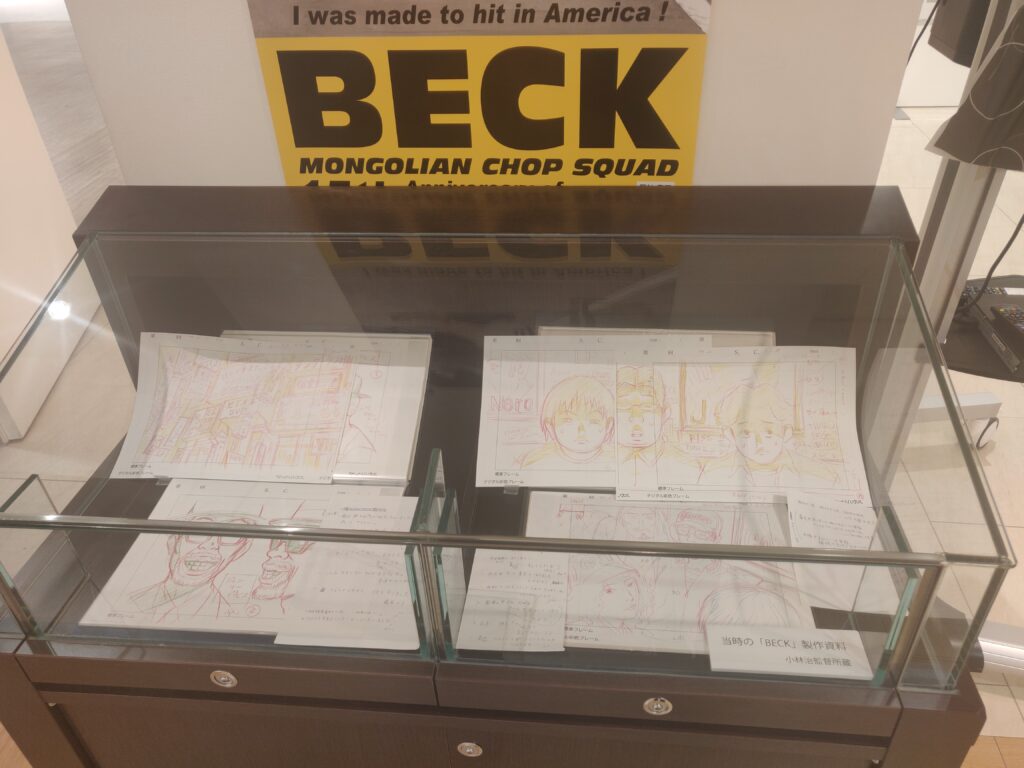 Centering around just the anime, the Beck Mongolian Chop Squad 15th Anniversary pop up exhibition was a huge treat. Off the bat, they were blasting an assortment of songs from the show, meaning that all of the other visitors had to put up with us singing along. While it only makes sense to have an anime’s music playing at its own exhibition, especially when the show revolves around music, just the concept of being on the 7th floor of a fancy Tokyo department store in 2020 and hearing ‘I Just Want To HIt In America’ blasting through the speaker brought some much-needed healing to our hearts. 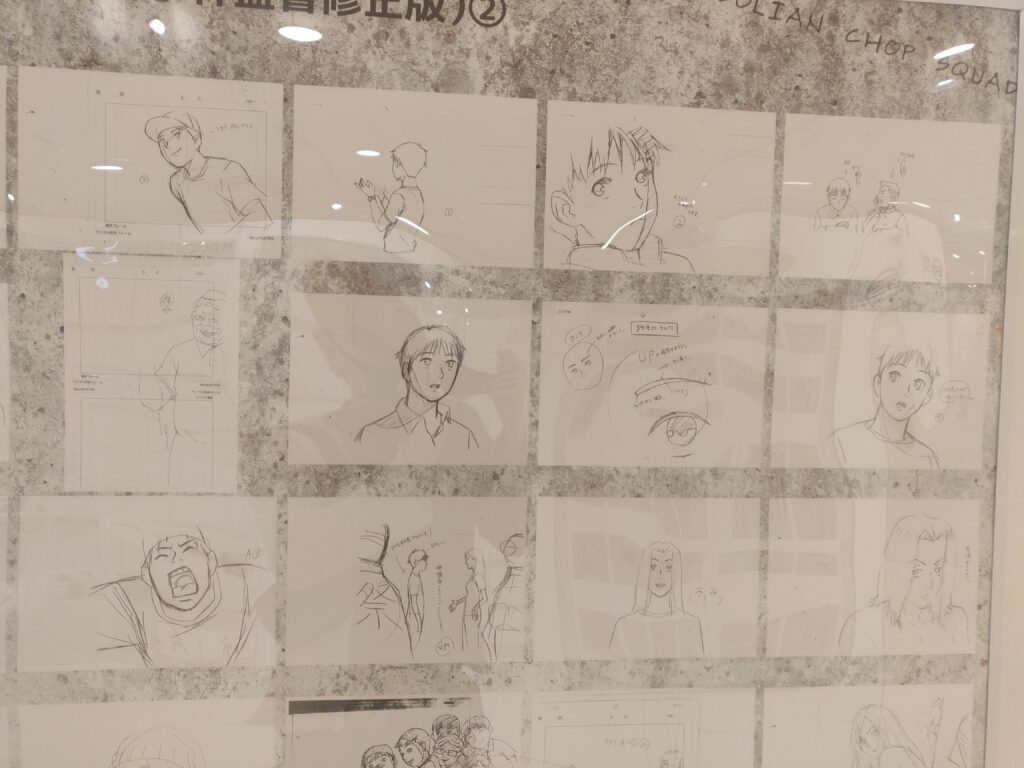 Aside from getting to enjoy some of the best Beck Mongolian Chop Squad tunes, with unwanted audience karaoke, the exhibition had other sights to behold! While not huge, the pop-up had a whole slew of production sketches and storyboards for visitors to feast their eyes on, as well as a few original paintings used in the show! You could take pictures with the oversized posters, and yes you had an obligatory gift-shop with some 15th anniversary Beck merch you’re not likely to find elsewhere. Admittedly the event wasn’t huge, but it was absolutely free to visit! Giving an older show the recognition it deserves, we again were just happy that somebody cared enough to say ‘yeah, let’s make a Beck pop up happen.’ 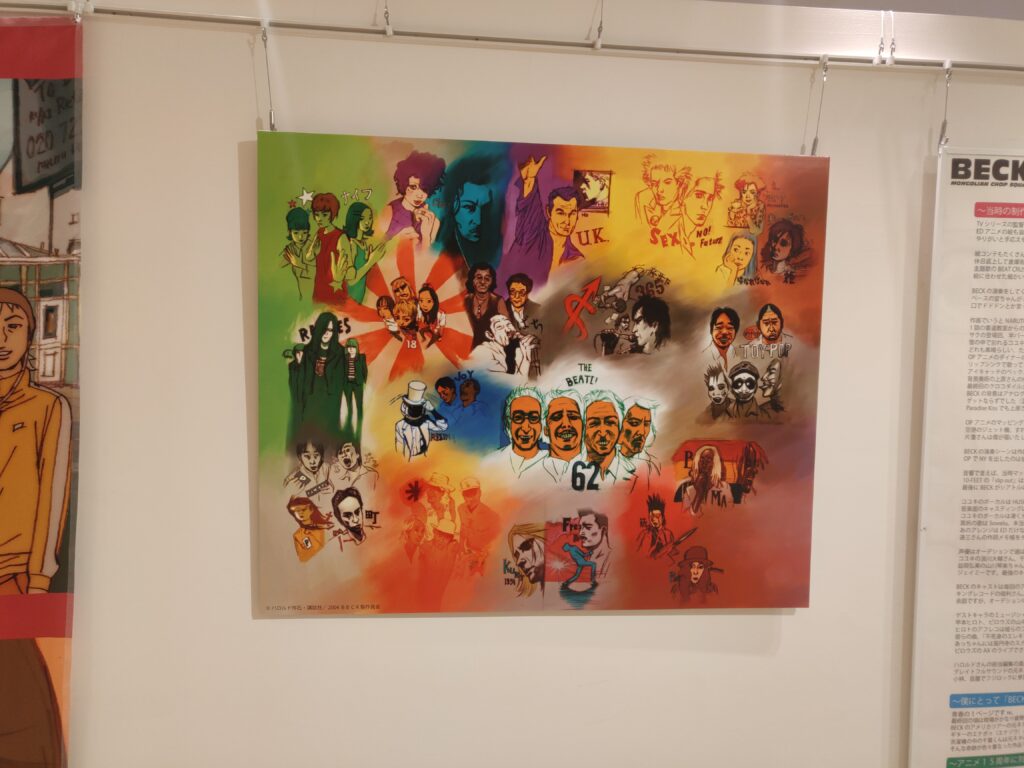 The Beck Mongolian Chop Squad 15th Anniversary Pop Up Exhibition will run in the Ikebukuro Marui until October 5.