Mamoru Hosoda’s upcoming film Belle (Ryu to Sobakasu no Hime) will be getting the IMAX treatment in Japan, a first for a Mamoru Hosoda film. The film is set to hit Japanese theaters in just a couple of weeks on 16 July 2021. 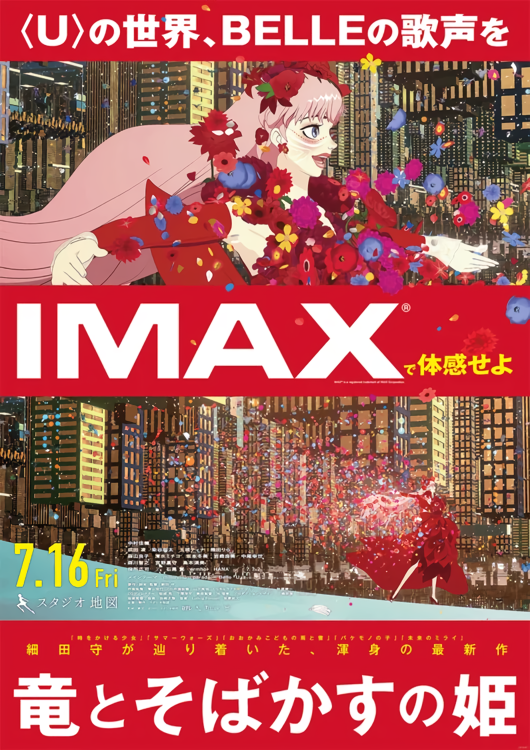 Studio Chizu has shared the story as follows:

Where the details surrounding the international release of the film are still fairly sparse, we do know that GKIDS is going to be offering the film in both English and Japanese with English subtitles for international territories this winter.

It will be interesting to see if the film gets a similar treatment in international regions, but I’m not holding my breath.