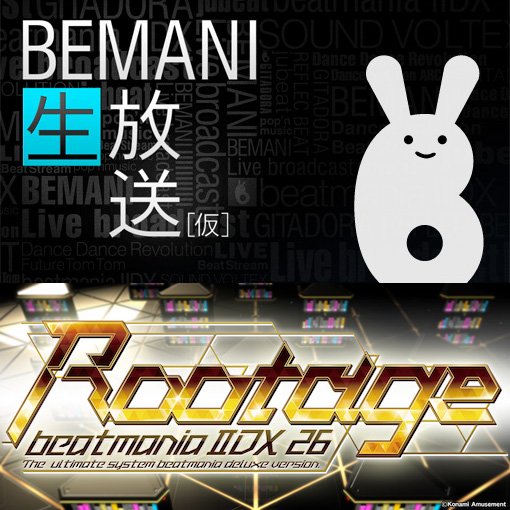 Today, KONAMI held a special broadcast of BEnama for the release of beatmania IIDX 26: Rootage! Featuring as usual, MC Ranze Fukushima as well as DOLCE and KAC 7th IIDX winner u*taka showing off and playing a few new tracks from Rootage. 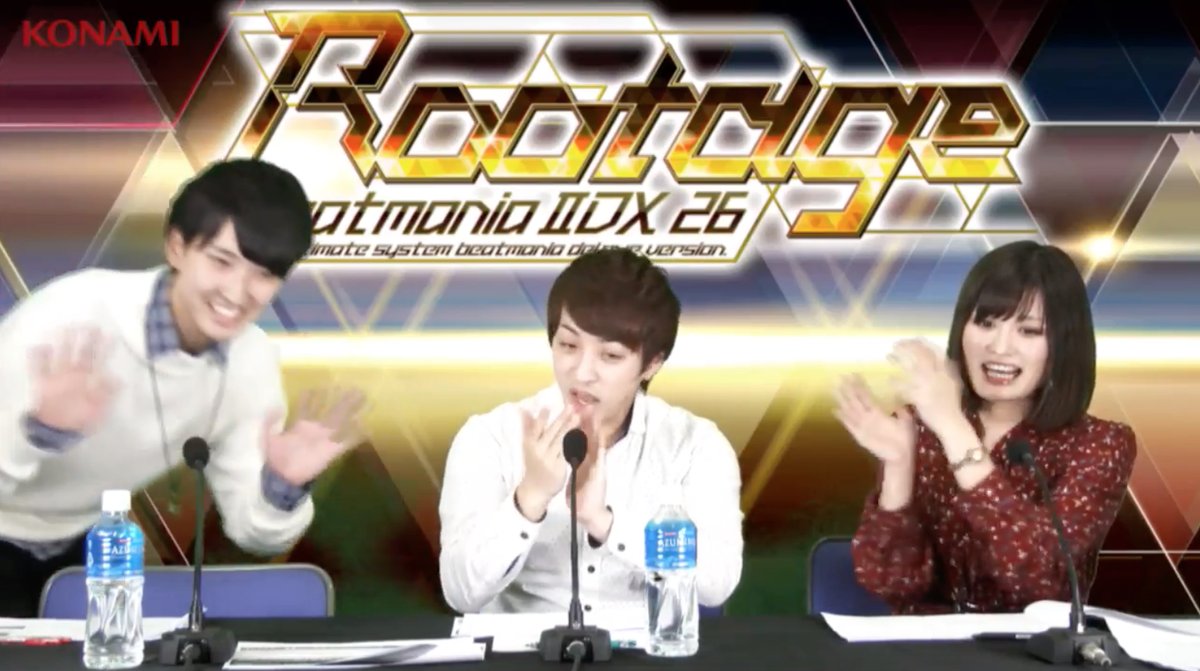 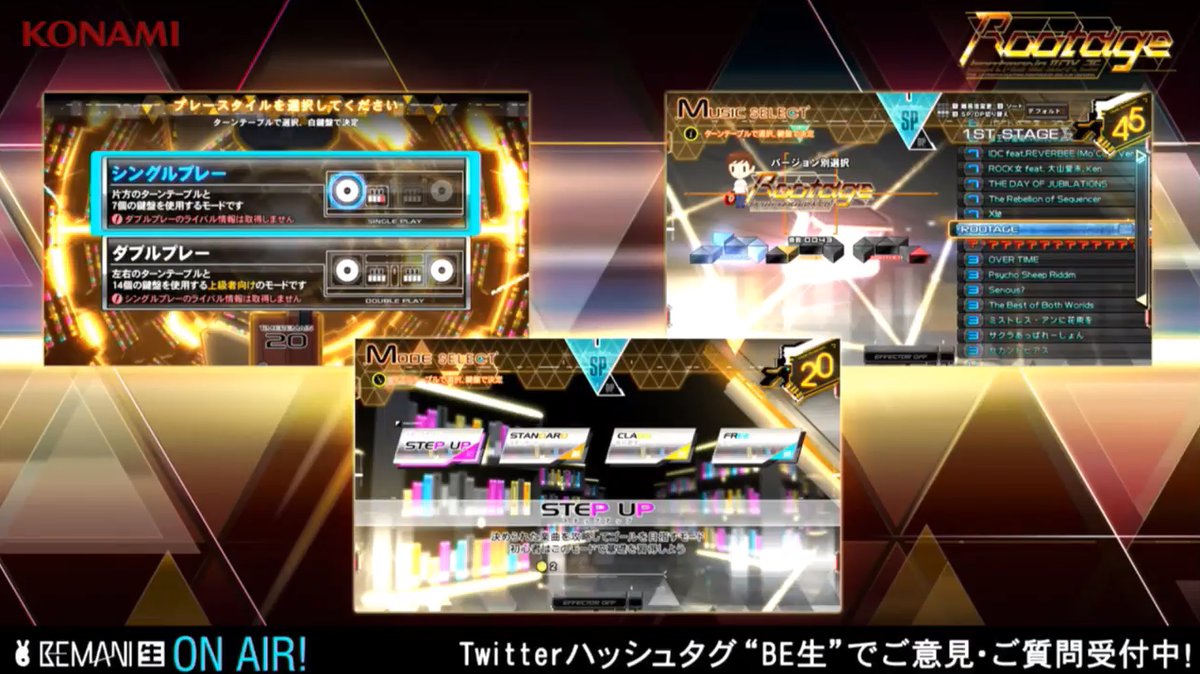 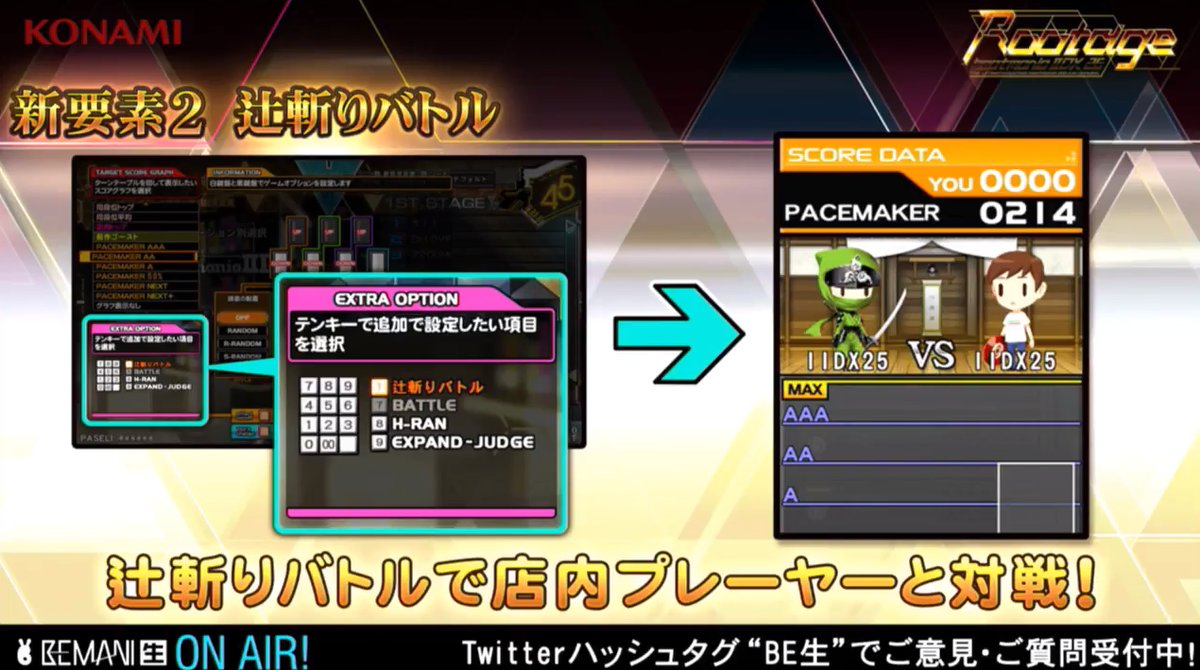 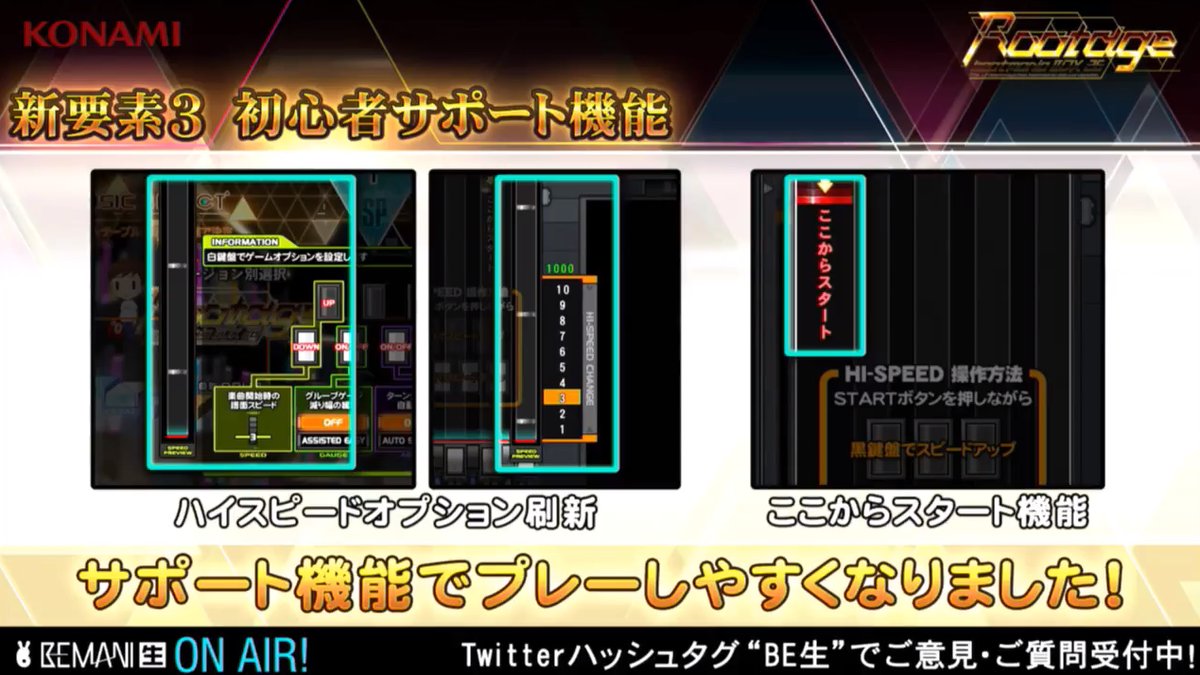 New cover remixed songs have been announced! There will be more coming in future updates. 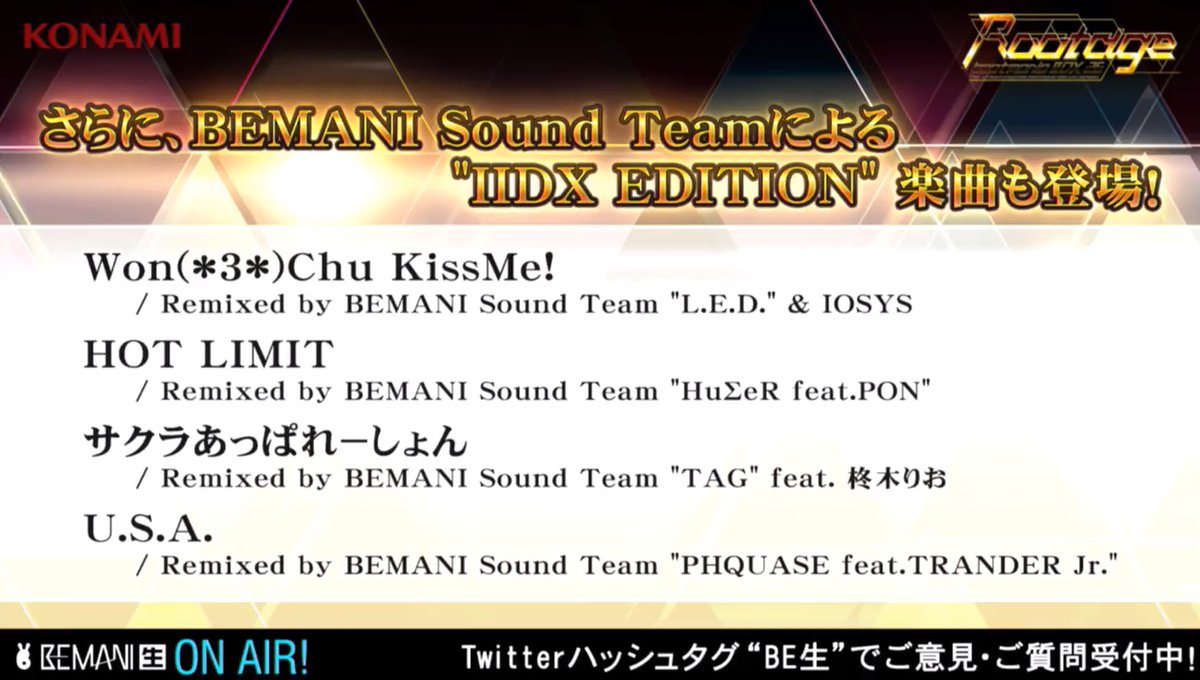 Also announced was the final RT amount from the BIBL campaign. With 7.6K retweets from the twitter campaign, players will be able to scan the barcode on Camera B of the machine  for 170000 BIBL to start off with after creating their Rootage profile! 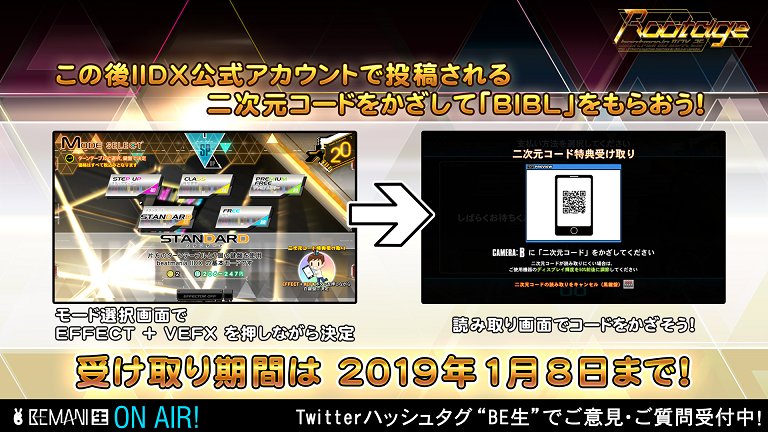 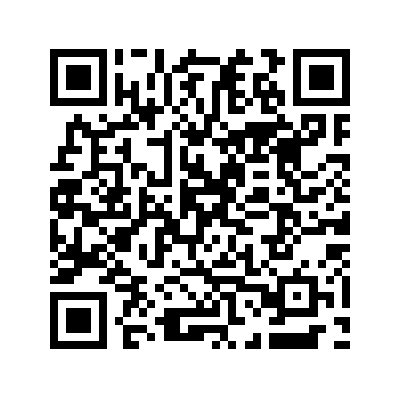 For NOSTALGIA, two new REAL charts are coming on 11/8. 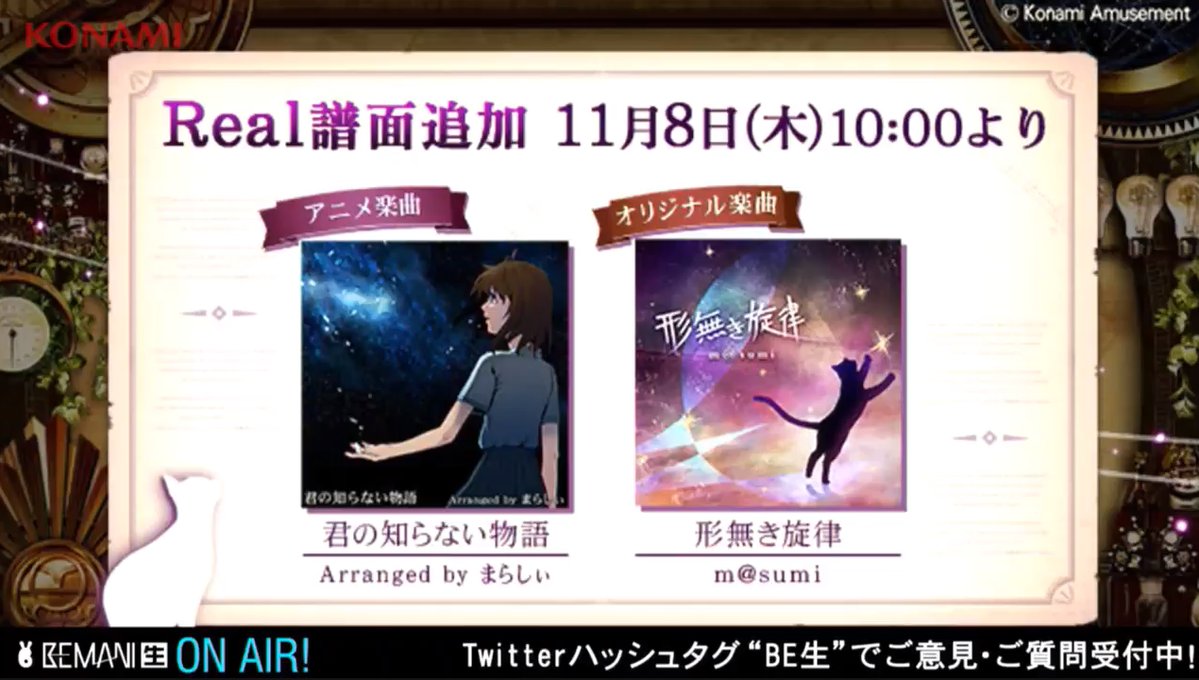 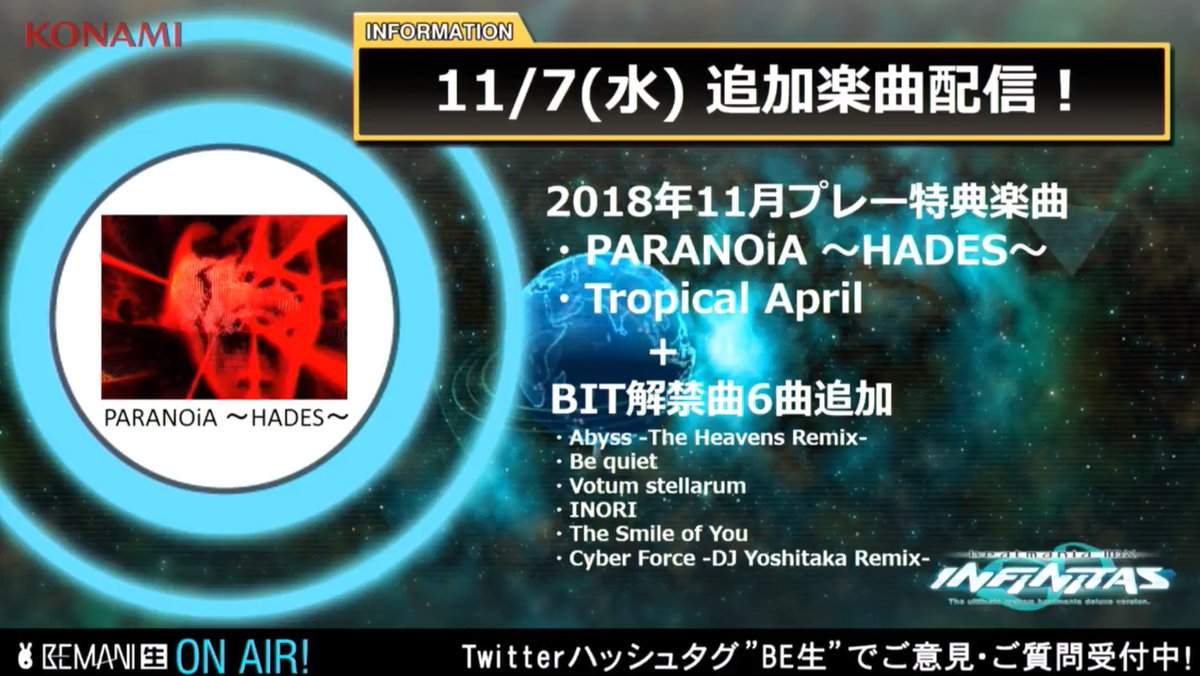 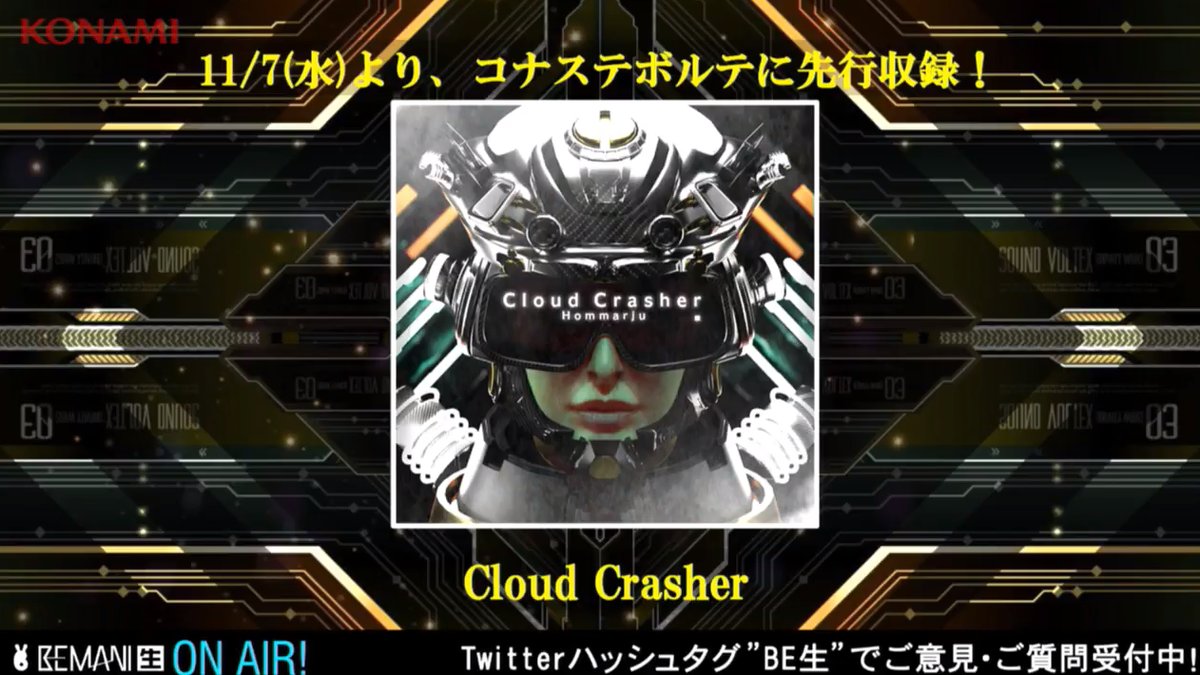 The final tournament games for The 8th KAC have been revealed! DANCERUSH STARDOM now joins the list! Also The 8th KAC Special BEnama broadcast will be on November 20 @ 8pm JST!

Notes: Similar to last year, there will be East and West Japan Semi-finals for some games 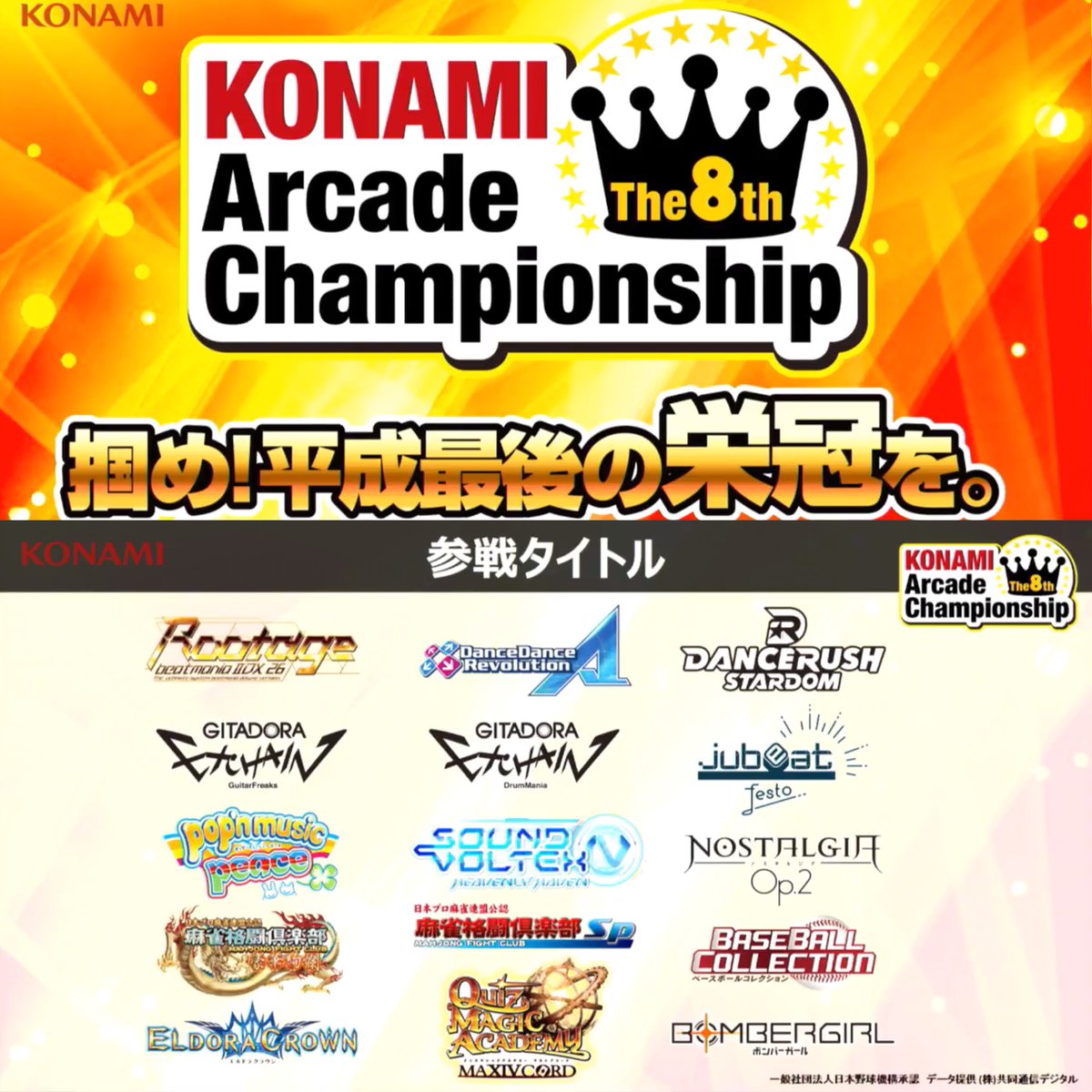 Let’s get ready for Rootage!