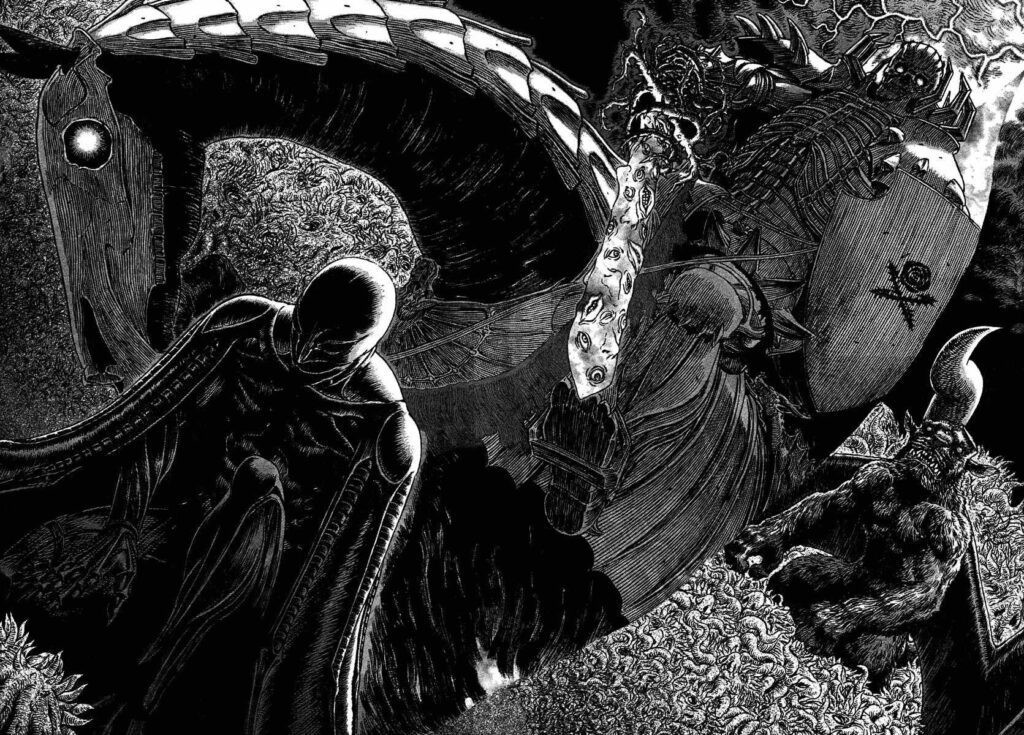 It was announced today via the official Hakusensha homepage that legendary BERSERK manga creator Kentaro Miura has passed away at the age of fifty-four due to acute aortic dissection. Kentaro Miura was born in Chiba, Japan on 11 July 1966 and made his manga debut with the series Futatabi… in Kodansha’s Weekly Shonen Magazine in 1985. 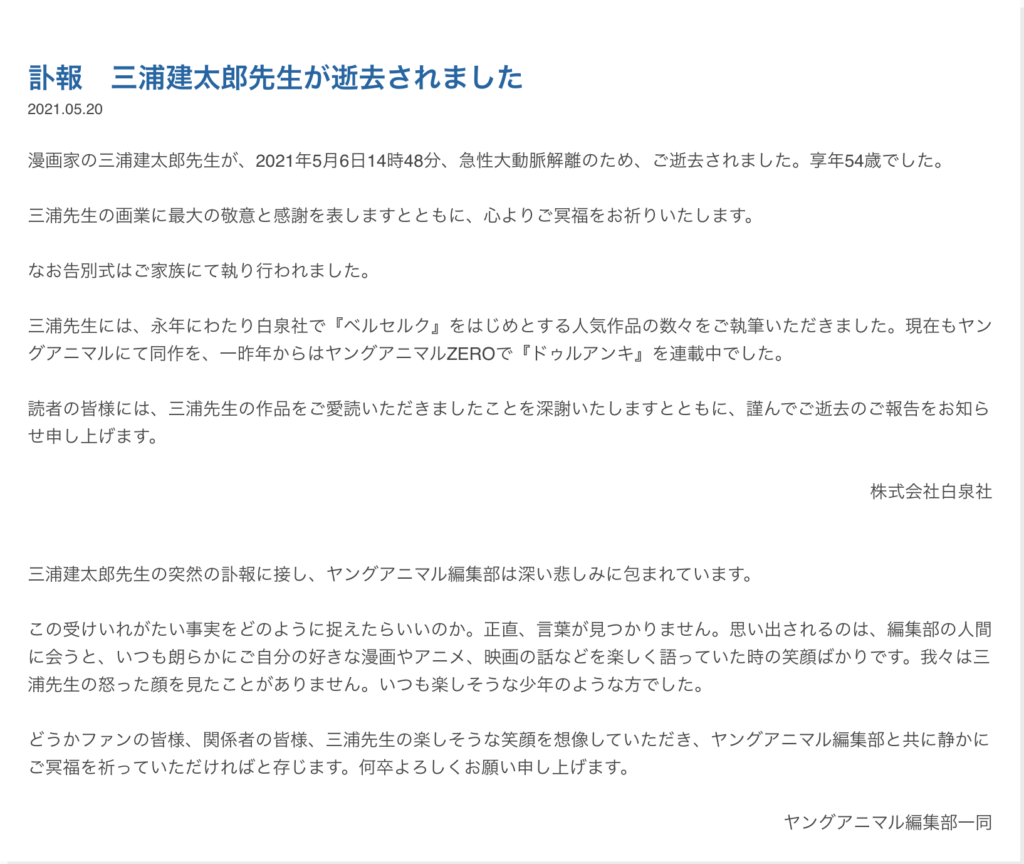 The official announcement on the homepage reads:

We would like to express our deepest respect and gratitude to Mr. Miura for his work and pray for his soul.

The farewell ceremony was held privately with his family.

Mr. Miura wrote BERSERK and many other popular works for Hakusensha across many years. Currently, he was still writing BERSERK for Young Animal, and since the year before last, he has been writing Duranki for Young Animal Zero.

The editorial department of Young Animal is deeply saddened by the sudden news of Mr. Kentaro Miura’s death.

What should we do to accept this unacceptable fact? To be honest, we can’t find the words. All we can remember are the smiles on his face when he met people from the editorial department, and how he was always cheerful and happy to talk about his favorite manga, anime, and movies. We have never even seen him angry. He always looked like a happy boy.

We would like to ask all the fans and people involved to imagine his happy smile and to join the Young Animal editorial team in praying for his soul to rest in peace. Thank you for your kind support. 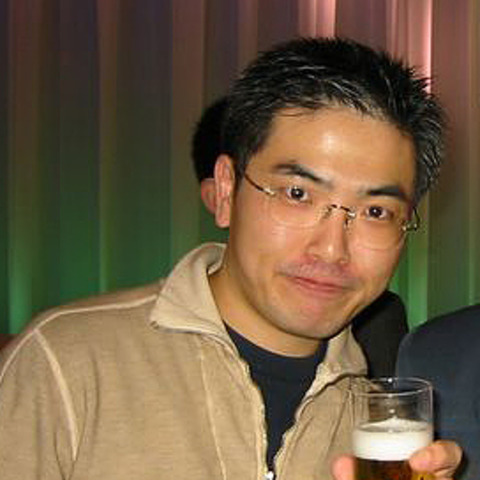 Hajime no Ippo creator George Morikawa shared on his Twitter page a specific memory that he has about Kentaro Miura:

This photo is of Takamura, which was drawn by Kentaro Miura.

When I was in trouble because I didn’t have any staff for my first weekly series, he came to help me. He was 18 and I was 19. He was an art student at university and came to me with a sketchbook in his hand after a lecture.

I didn’t know how well he could draw, so I showed him one of my drawings and asked him to make it look like this one. I was astonished at the result.

He was so experienced for his age. After a few drawings, I was already intrigued by him. We were still young, and we shared conversations about manga.

I asked him to show me his sketchbook, which I had been curious about, and when I opened it, I was even more astonished and got goosebumps.

There was a fairy, a brand, and a swordsman with a big sword. It later became Puck and Guts from BERSERK.

The thick pencil drawing was overwhelming.

‘It’s all stuff in my head. I’d like to draw again it after I get better.’ He said.

How long had he been working on it?

BERSERK was already there.

Months passed, and I started serializing Hajime no Ippo.

Almost at the same time, BERSERK was released.

I had heard some stories about the difficulties with the series, but I was convinced.

He had started a manga that would definitely be popular.

Kentaro had judged himself to be getting stronger, and he had started this series with a full head of steam.

I was sure that the world would be as astonished as I was.

It’s a series with superb drawing ability and full-bodied screens.

I have nothing but respect for the energy that goes into each issue.

That’s the end of the story.

I heard that he cared about me during that time.

I’m proud to have met him, too.

I’m sorry for talking out of line, Kentaro-kun.

I’ll come back to read the final installment someday.

Sorry for the typos and omissions.

The manga industry has lost a legend with the passing of Kentaro Miura and all of us here at OTAQUEST send his family our condolences.