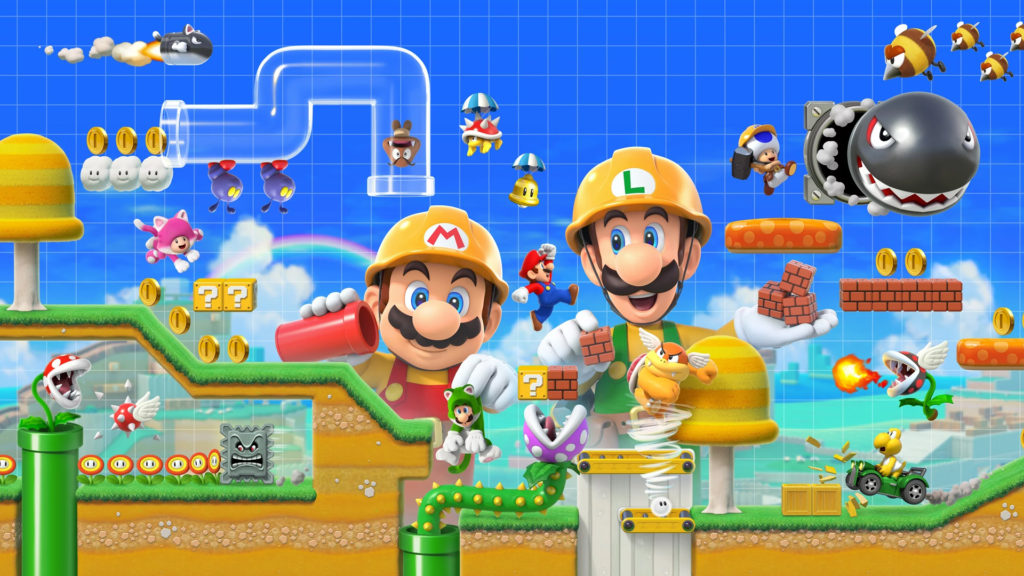 As E3 approaches, so does several upcoming summer game releases. It’s at this point where major publishers will start to release some of their larger titles. It’s also possible that we’ll see some games both announced and released immediately during E3. But what we can say, is that for the next few months, the largest games won’t just be re-releases or collections when it comes to Japanese video games.

Kotodama: The 7 Mysteries of Fujisawa

Kotodama is no typical visual novel release when it comes to how it’s being published. Whilst British games company PQube generally just publishes and distributes games from Japanese developers like Arc System Works and 5pb, Kotodama is their first original work. Developed at Art Co. Ltd., the game will be released first in English and then be released in Japan when they find a local publisher. The premise of the game is fairly basic, following a group of high schoolers who you will try to learn more about through minigames and conversations.

When it comes to ATLUS titles, overseas fans are destined to having to wait for a while. Persona Q2: New Cinema Labyrinth is a new dungeon crawler in the same style as 2014’s Persona Q: Shadow of the Labyrinth. The games combine the exploration mechanics of the Etrian Odyssey series with the battle systems of Persona games. The first game had the cast of Persona 3 and 4 team up to face a mysterious threat, but this new game adds the Persona 5 crew into the mix. Together they must discover the reason they’ve been brought to the strange theatre world.

Doraemon Story of Seasons was a particularly surprising announcement made earlier this year. This game combines all of the mechanics of a Story of Seasons (formerly Harvest Moon) game, with the characters and charm of the Doraemon series. Most Doraemon games have remained Japan-only, but this one will make its way overseas later in the year. It’s also worth mentioning that this title was developed by Studio Brownies, led by former developers of the Mana series over at Square Enix. It’ll be interesting to see how this game drives the Story of Seasons formula forward, although I doubt Nobita will be able to get married anytime soon.

Bloodstained: Ritual of the Night

It’s been a long time since former Castlevania producer Koji Igarashi first announced Bloodstained as he walked through the halls of a medieval castle. The game was first launched as a Kickstarter in 2015, where it received $5,500,000 of its $500,000 goal. The initial plan was to have the game release in 2017, but it was delayed and other developers were brought on to develop it as a true current-gen title. The game was initially planned to also release on the Nintendo Wii U and PlayStation Vita, but those releases have since been canceled due to the consoles no longer being supported. Hopefully, this return to a Castlevania-style side-scrolling adventure will be worth the wait!

Unfortunately, what was once looked forward to as a new original IP by the creators of the Yakuza series has become embroiled in controversy due to the removal of Pierre Taki over an alleged drug offense. His character has since been (mostly) remodeled and a new voice actor has re-recorded all of his lines. It’s sad to think of playing the game, knowing how much of Taki’s work got scrapped, but for those that can move past it, the Yakuza team’s dedication to hard-hitting cinematic experiences is a major reason to pick this up. The game will also be re-released in Japan for a cheaper price.

Super Mario Maker 2 is the follow-up to the 2015 Wii U release which had players building their own Mario levels. This Nintendo Switch game does the same thing, but with some noticeable upgrades. This includes more enemies, more stage designs, slopes, and more ways to traverse levels. The game also includes a Super Mario 3D World mode, where you can create levels using enemies and power-ups from that game. Super Mario Maker games are entirely reliant on their community to create memorable experiences, so hopefully we’ll see many creative uses of these tools when the game releases later in the month.

There’s a lot of big titles releasing this month and even more to come in July (I’m looking at you, Fire Emblem!) Personally, I’ll be picking up Judgment and Persona Q2 this month and I’ll be getting Super Mario Maker 2 when there are more levels available to play. You can check out our list of games for May 2019 here.