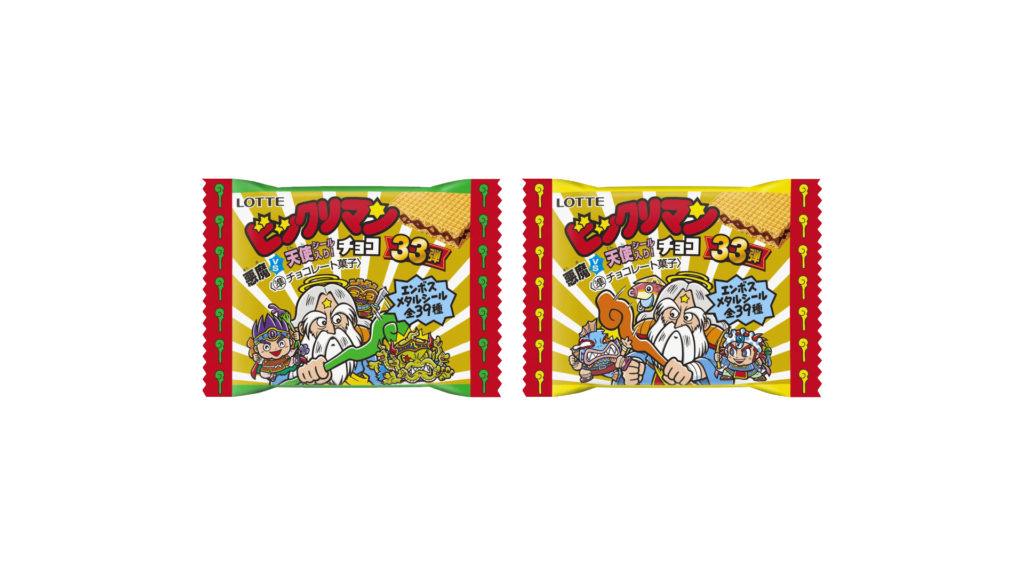 It’s been over 16 years since the last entry into the long-running mainline “Bikkuriman Devil vs Angel” series, but that drought is finally coming to a halt. As fans of the collectible series of seals may have already noticed, both convenience stores and supermarkets across Japan have begun stocking “Bikkuriman Devil vs Angel 33” on their shelves, bringing fan-favorite character Super Zeus back into the spotlight — though this will be a slightly more aged Super Zeus than I’m sure most are familiar with. With a total of 39 individual seals made available for this set, it’s going to take you more than a minute to pull, trade, or buy all of them, but that’s half the fun of collecting them.

If you’ve had the total misfortune of meeting me at any point over the past few months, you’d know both myself and OTAQUEST co-founder Eddie are totally obsessed with Bikkuriman. Not even just in a small way either; we both own the binders, we have the boxes — heck, I even purchased a t-shirt today that has a special pocket just for your Bikkuriman. For those of you unfamiliar with the hyper-collectible little seals, Eddie actually did a pretty comprehensive write-up following their collaboration with Hiroshi Fujiwara’s Fragment Design on “Bikkuriman Densetsu 11″ a few months back that’s definitely worth the read.

It’s a fabled novelty that finds itself deeply rooted in Japanese popular culture even to this day; utilizing numerous collaborations with various franchises, Bikkuriman is able to bring in entirely new audiences and eventually develop them into core fans through iconic designs and storytelling. Put simply, a Bikkuriman is little more than a chocolate wafer that includes a sticker. But it’s through these stickers that entire stories are shared, characters developed, and ultimately a world is born. Loosely set to the theme of an ongoing war between heaven and hell, with earth right in the middle, each sticker contains an individual part of an overarching story that can only be read when the entire set is brought together.

Right now I’ve still got about six more seals in the “Bikkuriman Devil vs Angel 33” set to collect, with trips to both Mandarake and smaller collectible stores becoming more frequent. That being said, I’ve been fortunate enough to pull both Super Zeus, Cross Angel, as well as the series first Twin Holy Prince Gemini seal, meaning it won’t take too much effort (or money) to collect the rest. Currently available in stores across Japan, if you’re looking for a painfully addictive new hobby that’s likely to baffle just about everyone you work with, I’m sure both Eddie, as well as myself, couldn’t recommend checking out Bikkuriman further via their official website.

bikkurimanDevil vs Angellotte
Join Our Discussions on Discord
Join Now