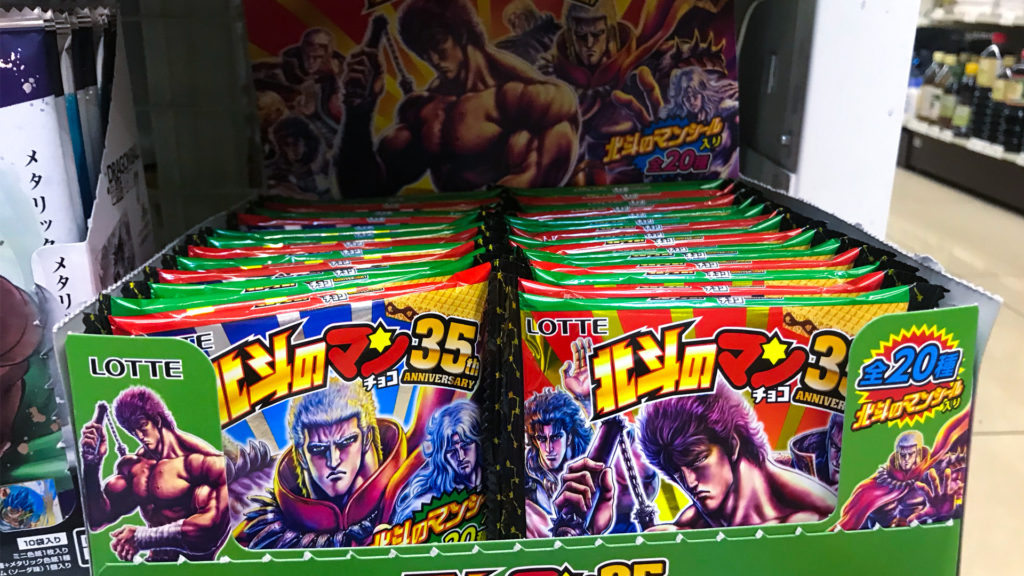 Released without any real form of official announcement, Lotte has begun distributing the latest iteration of their long-running Fist of the North Star collaborative series, aptly titled Hokuto no Man, earlier this week. Available exclusively at Seven Eleven in Japan and released in celebration of Fist of the North Star’s 35th-anniversary, the set is a bit of a departure from the style of regular Bikkuriman seals, but definitely still a welcome release nonetheless.

It’d be half my luck that during the month I’m the least able to go into “buy everything left and right” mode that Lotte would come out with an all-new collaborative Bikkuriman set, but here we are. I mean, I can’t really fault them, this is a killer set after all — but they really couldn’t have timed this worse. With me out of the picture at the moment, this essentially leaves the door wide open for OTAQUEST’s Eddie to swoop in and get the full set before me — and that really sucks.

Fortunately for me, I managed to swing by Seven Eleven last night to pick up a few Bikkuriboys, and much to my surprise I got some pretty decent pulls. While I’m still a little on-edge about whether or not I want to throw down the money to get the full set, it is worth noting that this is a smaller collaborative collection, with only 20 pieces needed to complete what is ultimately an anniversary set — something that might just hold a level of desirability.

I really do wish I could get some more information from Lotte about the Hokuto no Man 35th-Anniversary seal set, but for now, it seems like we’ll just have to wait. Available at Seven Eleven locations across Japan, we’ll see how the general population reacts to the latest Bikkuriman offerings.