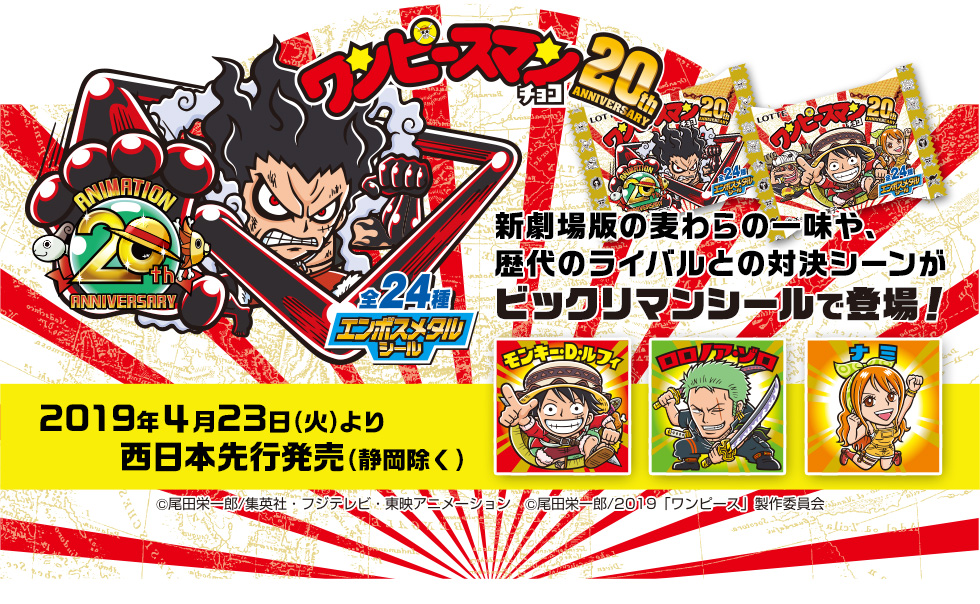 Bikkuriman has been absolutely killing it lately with collaborations. The Lotte-branded collectible wafer + seal combo has long proven successful for the company, but it seems things are particularly in full force these last few months. We just saw the highly-elusive Bokura no Bikkuriman Super Zeus set drop last month, one that saw me stumble to a conbini several stations away at 5 am just to find it, and now we’re set for more.

If you’re wondering how long you’ll have to wait to get your hands on these two collaborations, the answer is no time at all. Much like literally every other Bikkuriman release, there was absolutely no announcement. I stumbled upon the Fist of the North Star set at my local conbini which is the only reason I thought to check Lotte’s official website, so thanks again, Lotte. Both sets released in Japan on April 23, 2019.

Both sets are slated to contain a total of 24 unique seals and will be made available at most convenience stores and supermarkets across Japan. Whether you’re a die-hard Bikkuriman collector, a fan of One Piece, or a fan of Fist of the North Star, this is definitely something that you’ll want to keep on top of. For those interested in checking out further information, be sure to check out Bikkuriman’s official website.