Lotte to Release a Bikkuriman Super Zeus Collection in March 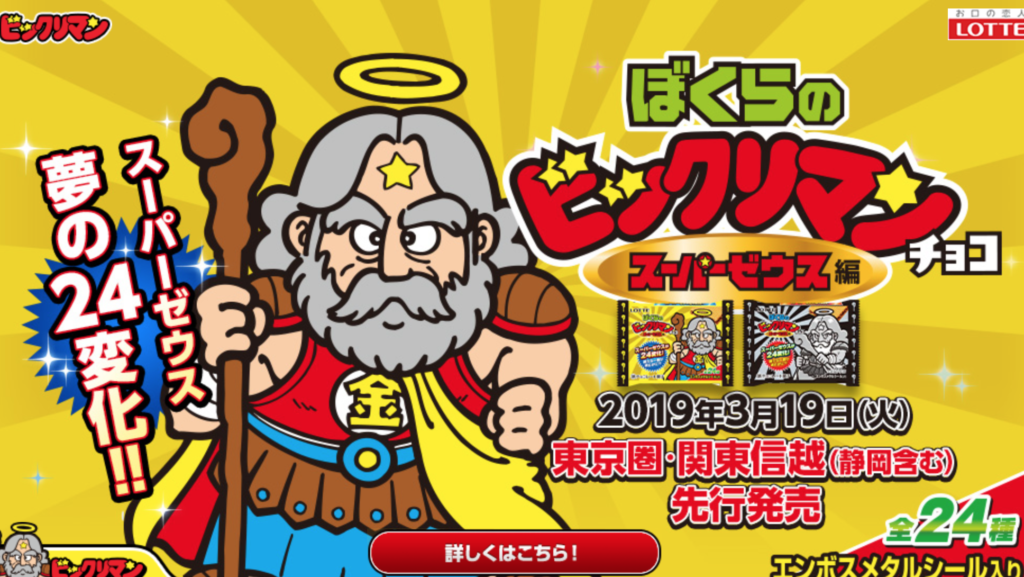 I was just thinking to myself the other day that it’s probably about time we got another Bikkuriman collection. Low and behold, that thought was humored today in the absolute best way possible. Lotte is well-known for not revealing the details on their latest drops until literally the day before, and this was no exception. Set to release March 19, 2019, the latest 24-set Bikkuriman collection focuses entirely on Super Zeus, and I couldn’t be more stoked.

Set to release across two packet variations, both colored and monochrome, the set will come with a total of 24 variations of Super Zeus from a number of different artists from across Japan. For those unfamiliar, within the universe of Bikkuriman, the series finds itself falling between the battles of angels and demons, with the ever-raging battle between the deity known as Super Zeus, and the antagonist Super Devil as well as a number of alternating characters.

For fans of the Bikkuriman series, there’s perhaps no seal more desirable than the illustrious Super Zeus. A staple of each and every collection, there’s a definite satisfaction to pulling a Zeus amongst all the other seals. With that being said, this will definitely be an interesting collection. While pulling a Zeus is usually a feeling you desire, I can’t quite picture myself being disappointed in pulling a Zeus several times while trying to get another. 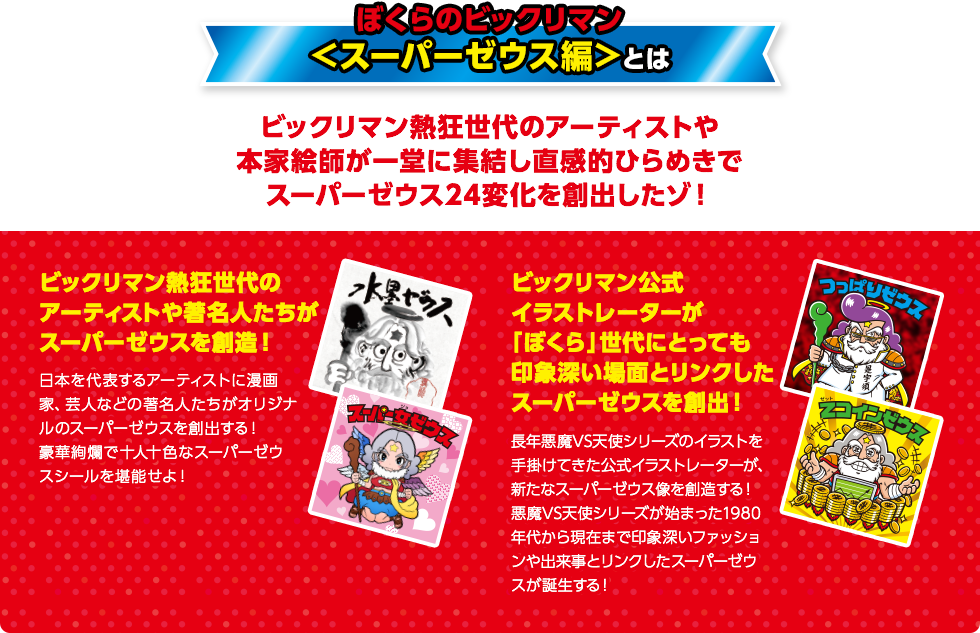 We’ve already got our eyes on several of the designs thanks to the Bikkuriman website, and so far they all rule. The changes in artstyle is definitely a welcome move, and with 24 total pieces to collect, we’re going to see a whole lot of room for variation.

Set to drop in stores across Japan on March 19, those interested in checking out further information on the upcoming Bikkuriman set can head over to Lotte’s official website.