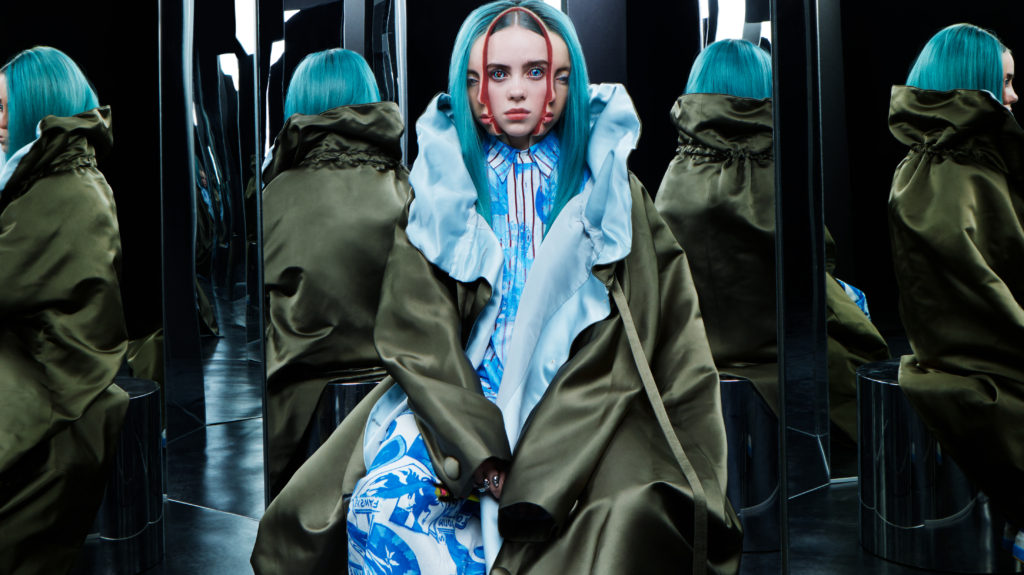 As announced yesterday, the all-new BILLIE EILISH x Takashi Murakami music video for “you should see me in a crown” is finally here.

Thinking about this video rationally, BILLIE EILISH tapping Takashi Murakami to produce a music video for her makes a lot of sense. The 17-year-old pop star presents an alternative image; wearing lots of modern goth outfits, adorning herself with a plethora of ‘punk’ accessories, weaving a bit of darkness and melancholy into all her music. Takashi Murakami, the pioneer of the super flat aesthetic, is no stranger to left-field collaborations like his work with Louis Vuitton and Kanye West. In this case, Murakami, at his own Poncotan animation studio, crafted the video for Eilish’s “you should see me in a crown”. Right now, only Apple Music subscribers can watch the full video, but here’s a clip.

Billie's official video for "you should see me in a crown", created in collaboration with @takashipom, is available now only on @AppleMusic. Watch it here: https://t.co/J1ZbhSfTgx pic.twitter.com/2WUeD9enJi

Takashi Murakami reigns as one of Japan’s top “capital A” artists. With that being said, however, he’s always been seen as somewhat controversial, a topic discussed by Nakano local Isaac here. The 57-year-old blurs the line between high and corporate art, intentionally so, resulting in a product that’s visually unique but easily exportable. You know Murakami when you see his footprint on an album cover or advertisement.

Billie Eilish’s song isn’t new. In fact, it already received a vertical music video back in 2018. With her popularity and presence increasing by the day, something like this really isn’t a surprise. The video’s pretty cool, featuring a giant anime BILLIE EILISH turning into a grotesque spider monster. Murakami’s known for it, but it’s still always exciting when a Japanese and a Western artist collaborate on something. The proliferation of this international cultural feedback loop always results in some pretty interesting things. Although, with all due respect, maybe it’s time to see some younger, newer artists have their chance.

The video for “you should see me in a crown” is available on Apple Music and iTunes. More on Takashi Murakami here.

other Lizzy Chan 3 years ago