Birthday Wonderland Has a Fantastical New Trailer, Releases in Japan 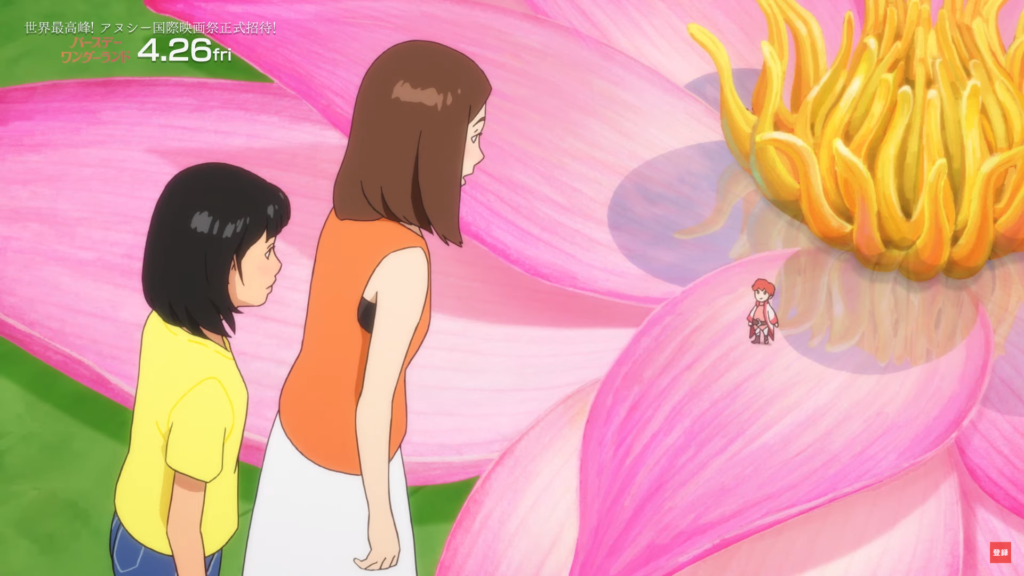 Keiichi Hara and Ilya Kuvshinov’s Birthday Wonderland released in Japanese theaters on Friday, April 26. The film marks a one of a kind meeting of the minds between; Hara, an off the beaten path anime film director behind the likes of Colorful and Miss Hokusai, and Kuvshinov, a Russian artist with an anime influence who’s found great success online. This is Ilya Kuvshinov’s first major work as a character designer. Days before the film’s release, Warner Bros. JP started streaming a new trailer that shows off the totally fantastical world of Birthday Wonderland.

Being a fan of Keiichi Hara, in particular of his film Colorful, which is woefully unappreciated, I was already looking forward to Birthday Wonderland. Each new trailer has only made me more excited than the last. Thank in huge part due to Ilya Kuvshinov, as well as Hara’s aesthetic choices, the movie doesn’t look quite like any other anime film out there. The content of this new trailer, showing off all the different exotic if not surreal locales of this film has also further piqued my interest. Giant Koi? A bridge made out of spiderweb? A cat that smokes cigars? How aren’t you sold yet.

Despite being out in Japan already, there’s still no information about a proper western release. However, the film already has a slightly different English title, The Wonderland. I wouldn’t be surprised if sometime in the not too far off future GKIDS, who licensed Hara’s previous Miss Hokusai, made an announcement for Birthday Wonderland. Let me note that this is absolutely conjuncture, however. Still, with a working English title, and the film already being an international collaboration of sorts, a Western release should be inevitable. At least, I’m telling myself that because I need to see this one.

If you’re in Japan, you can catch Birthday Wonderland in theaters now!