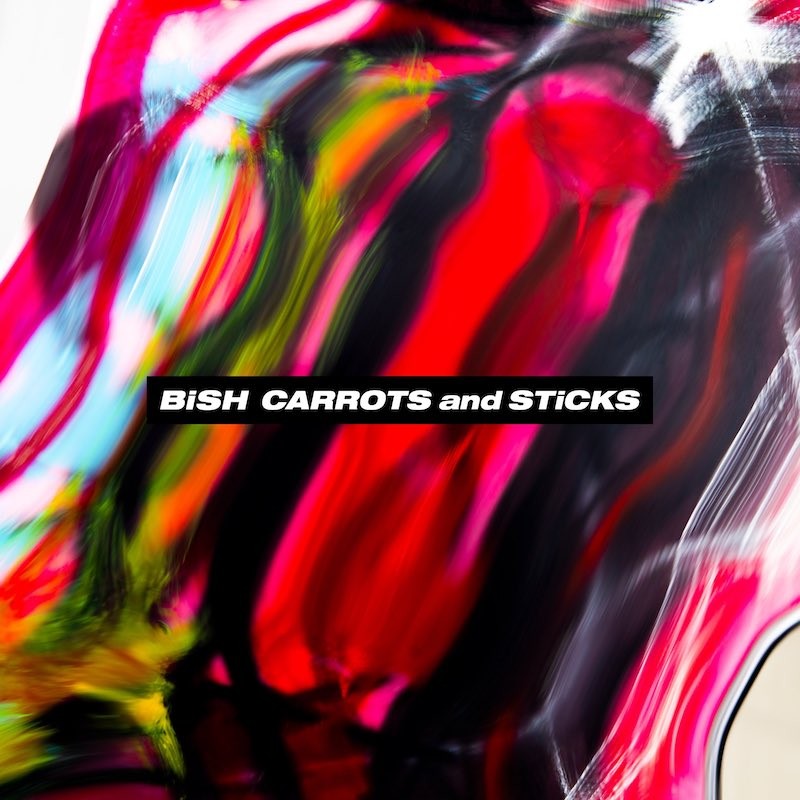 I’d assume that the vast majority of people considered themselves BiSH fans know the origin story of the idol group. They rose from the ashes of the once defunct then eventually reformed and now defunct again BiS, one of the most influential ‘anti-idol’ groups ever. BiS, both in their music and their antics, were known for their chaos, experimentation, and generally throwing everything about idol culture on its head, and fans ate it up. BiSH followed suit to some degree, but it was always more of a controlled chaos; a more marketable chaos.

Over the last couple years, there have been BiSH songs here and there I’ve enjoyed but more than anything the project left me missing the ‘Idol Is Dead’ / ‘Who Killed Idol’ Era of BiS. Let me be clear though. I’ve never cared for idol culture, or even these ‘anti-idol’ shenanigans that are often surface level although BiS was certainly the most authentically subversive of the anti-idol groups. I’ve only been it in for the sound. Truly, I could only name a small handful of members from BiS or BiSH if pressed. However, with BiSH’s newest album ‘CARROTS & STiCKS’ the group has finally given me what I’ve always wanted from them; truly great Japanese Pop music that hits the same dissonant notes as BiS once did.

A lot of ‘CARROTS and STiCKS’ has been released in the last few months in the form of the group’s CARROTS and STiCKS EPs. The full album takes those tracks, adds some new ones, and mixes them all in a way that makes for a fairly cohesive album experience which is always a nice plus. Summarizing the album briefly before touching upon some of the tracks, the album cover does a great job of reflecting what you’ll hear putting this one on. Beautiful, sharp colors smudged and smashed to hell, with some neat typography on top. That’s basically ‘CARROTS and STiCKS’ in a nut-shell. The delightful and disorienting combination of pop and distortion is something BiSH has always embraced, like their predecessors BiS, but never to this extent. The extent I’ve always wanted them to.

The album opens up with the song ‘DiSTANCE’ which was previously released as a single. Bluntly, it’s a hell of a way to start off. The chorus doesn’t waste much time busting in at only the 50-second mark, and once it does, you’re fully submerged in a blissful mix of pained, distorted vocals, blasting drums, and a cacophony of additional sonic detail. Then it stops, leaving you with only a little bit of the electronic production and by then, you’re already fiending for more. It’s a sonic give and take that plays throughout the entire album.

The next couple tracks on ‘CARROTS and STiCKS’ are also winners. You have ‘Tsuini-shi’, roughly translating to ‘At Last, Death’, which is buried under layers of satisfying fuzz and distortion; real digital scum hours here. Even if you understood Japanese fluently, you might not be able to comprehend all of the screams and growls on this one. Underneath the noise, there’s chugging guitar riffs and an obfuscated piercing synth that rounds out this particularly heavy track. Following this, there’s ‘MORE THAN LIKE’, more anime opening than classic BiS era noisy idol madness. There’s a lot of little touches like the winding vocal melodies and soft piano keys all over the place that bring this one together.

That brings us to my favorite us to my favorite song on the album, ‘FREEZE DRY THE PASTS’. It has the catchiness and pain of the opening track ‘DiSTANCE’ and the perfect distortion and growls of ‘Tsuini-shi’. If any one song exemplifies everything good about this album it’s this one. Each time the chorus hits it’s like getting hit by a subway train full of screaming idols and enjoying every second of it. It’s desolate, lonely, and evocative of the fact that sometimes the producers behind these idol groups are trying to go for something real with their music.

Tracks 5 and 6 are also both pretty good. ‘Chop’ is like a Dance Dance Revolution song gained sentience and tried breaking out of the machine. ‘I am me.’ is another one of the softer songs on here but it’s got a real good hook on the chorus and if you’re listening to the album from front to back, you won’t mind a break from the madness. Then, for some reason, ‘CARROTS and STiCKS’ drops a by the books idol ballad in ‘NO SWEET and while it’s fine, I’m not really sure what it’s doing here. Thankfully right after the album picks right back up with ‘O.S’; A high impact high energy tune that’s almost guaranteed to start a mosh-pit. Very reminiscent of their  2018 single ‘NON TiE-UP’, one of the group’s best songs.

Unfortunately from here as we make our way to the end of ‘CARROTS and STiCKS’ things kind of slow down. The album’s a whopping hour long and a full 14 tracks. BiSH fans may be happy to have all this new music but objectively trimming out some of these songs in the last third of the album like ‘Identity’ or ‘Mada Tochu’ wouldn’t have been the worst idea. They’re not bad by any means but come across as more of the same. What I will say though is that the final song on the album, the nicely titled ‘GRUNGE WORLD’,  does exactly what I want an album closer to do. Sonically, it ties the whole album together, like the bow on a present. It’s slow but its guitar notes and additional scraps of electronic production really give that nostalgic, song during the movie credits quality.

Straight up, I’m extremely impressed with BiSH’s ‘CARROTS and STiCKS’. I’ve always seen them as an inferior, more streamlined clone of their older sibling BiS but the products and the performers have really won me over with this one. I’ll be paying a little closer attention to them in the future and I’ll try not to compare them to BiS too much from here on. Check this one out.