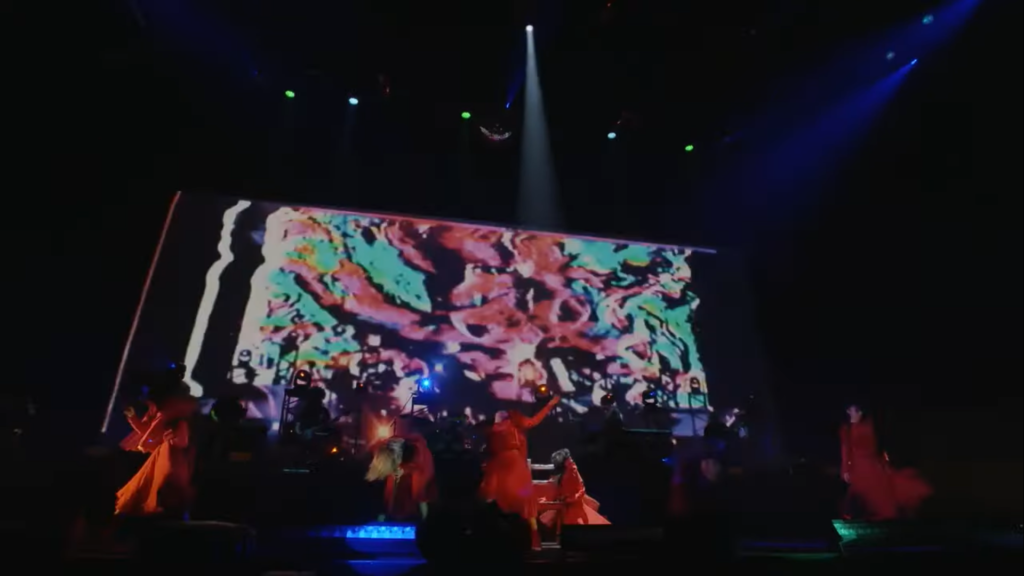 BiSH really wowed me earlier this year with the release of the newest album ‘CARROTS & STiCKS’. Born from the ashes of the once defunct BiS, I found that much of the WACK affiliated idol group’s releases while pretty good didn’t stand up to the predecessors. For the first time, at least according to this writer, they put out an album that was musically as intense, loud, and satisfying as I’ve always wanted from them. Sure, it’s still a little broad leaning than BiS but it more than gets the job done. Now, the group’s uploaded an electrifying live performance of my actual favorite track from the album ‘FREEZE DRY THE PASTS’.

Just look at this; the entire group is losing their mind as they motion through a borderline unnerving physical routine. These visuals and lights are borderline epileptic and with a full live band backing BiSH, ‘FREEZE DRY THE PASTS’ is packing a dramatic punch. Guttural screeching and layers of distortion, kudos to the BiS and BiSH producers over the years who tricked the world into making these aesthetics ‘pop’ music. Honestly after watching this, I’ve never wanted to see an idol group so bad in my life.  Those tickets probably aren’t cheap though.

‘FREEZE DRY THE PASTS’ really sealed the deal on BiSH’s ‘CARROTS & STiCKS’ for me. The album is full of bops and bangers, but this track in particularly is emblematic of everything good about the album. Seeing BiSH able to replicate what’s so noteworthy and moving about it in a live context is rather impressive. Now that I’m solidly on board with the group, I’m excited to see where they go from here. They’ve only gotten bigger and bigger, arguably more so than BiS ever was, and are only getting so by returning with better and better sounds each release.