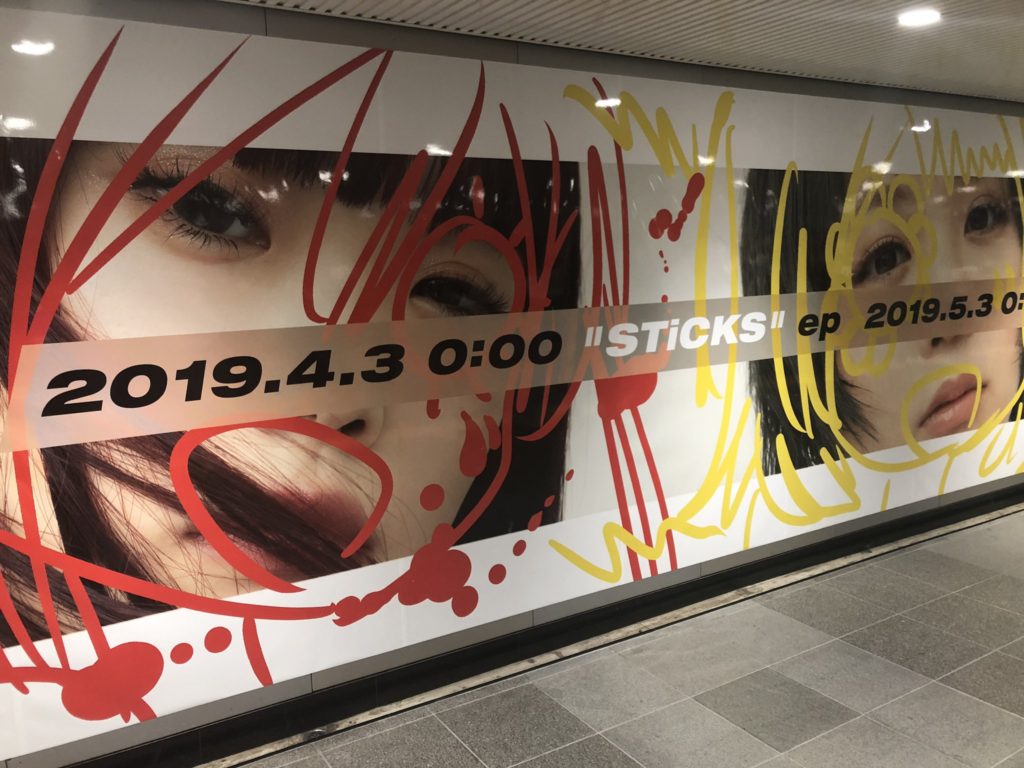 Shibuya Station is the place to go if you want to see the most inventive and the most visually impressive advertisements for upcoming music, anime, and video games. We’ve covered advertising from this station before here on OTAQUEST, most recently with a wall-breaking JUMP FORCE advertisement that definitely impressed and caught the eye of passers-by. Idol group BiSH used this premier advertising space in Shibuya in the heart of Tokyo to promote two upcoming EPs in a rather unique way. Large adverts plastered both sides of the long walkway inside Shibuya Station, each promoting the upcoming new music from the alternative idol group. However, at least at first, it was impossible to see the full advertisement. That’s because, to celebrate the initial display of these adverts, a collage made up of 2000 different CDs covered each member’s face, making it impossible to view the full thing.

Just before 2pm, the official Twitter account for the group began their promotion by notifying fans that they could come to Shibuya Station and peel off one of these CDs to keep for themselves, which would allow fans to hear this new music early, with the first of these new EPs not being released until midnight on April 3. A very neat bonus for those lucky enough to get there fast enough.

I say lucky enough because, just as quickly as this CD collage was put up, it was taken down. All of these CDs had been claimed just one hour after the officiTwitterter account noted their existence. Considering the very author of this article was going there just a little after this promotion was set to begin, and the fact they’re also a fan of the group, it was very distressing for them to hear that, had they just noticed this a split second earlier, they could have reached the station in time to claim one of these CDs at their own.

The advertisement will remain in place until April 7 even though the CDs have been fully claimed, and is definitely worth a look if you happen to be in the area before that date. Meanwhile, this very upset women is going to cry in a corner for missing out on one of these free CDs by just over 25 minutes…

other Atsuo Nagahori 10 months ago

other Atsuo Nagahori 10 months ago